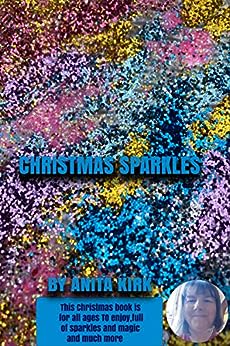 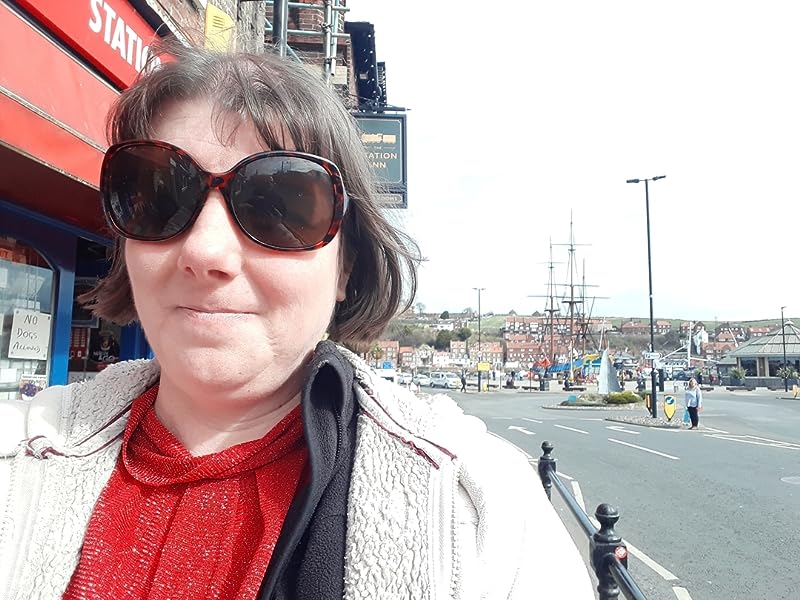 by Anita Kirk (Author) Format: Kindle Edition
See all formats and editions
Sorry, there was a problem loading this page. Try again.
Father Christmas and his elves up in the North Pole, ask for the Christmas wish fairies help that live on a cloud in the sky, because they were too busy to solve the situation themselves, with a panic, realising that there were too many people on the naughty list.
The Christmas wish fairies that live in the fairy-tale cottage in the sky, help a young family to have a magical sparkly Christmas, with them taking the family on many unpredictable adventures, with them travelling as sparkles through the air to different magical lands, with many twists and turns along the way, using their red ruby as a tool around their neck, with them having a glimpse of their future lives.
Do the clouds in the sky have writing in them, to send a message down to earth?
The Glittery sparkles garden centre has got a magical room, with unpredictable, magical things happening inside, with sparkles flying from many different unpredictable places that you would never imagine that they would come from, with magical cards, shoes, decorations and much more.
Rainbow coloured coins were scattered around the world in many wishing wells, that need to be found by the Christmas wish fairies, to help people onto his nice list instead of the naughty list and to get the Christmas spirit back, with the ‘Magico meter bracelet’ also helping, hoping that there will be enough for Father Christmas’s sleigh to fly.
There are magical stones that throw out many future visions, and other magical cards with some people disappearing inside.
You need to read to find out what the sparkly fingerprints passport and the Tinsel and Sparkle card does.
Their wings have many uses, with powers that they never knew were possible, with them having to use clues that they have got to work out how to solve the problems that had been caused by bad magic.
There are magical stickers, and ‘Pom Pom’s’ that are fun and full of magic.
Does Gemma find the correct key to help the people with a clock connected to them?
Will you sing and dance along, while learning a new word or two in Italian.

Frank Scozzari
5.0 out of 5 stars A great Christmas tale!
Reviewed in the United States on December 10, 2020
Verified Purchase
CHRISTMAS SPARKLES is a heart-warming tale that brings the Christmas spirit alive.

This is a nice story to read to your children by the Christmas tree with a fire blazing and some eggnog in hand. C.S. Lewis once said, "A children's story that can only be enjoyed by children isn't a good children's story in the slightest." Well, it is certainly true about CHRISTMAS SPARKLES, as it brought out the child in me.

Amazon Customer
4.0 out of 5 stars Creative and fun
Reviewed in the United States on December 20, 2021
Verified Purchase
I would give this book 3.5 stars. My only problem was, there were lots of run on sentences. I found myself mentally adding the necessary punctuation to make it flow better. Overall it was a very fun, and simple story, filled with adventure and lots of sparkles. I think a little girl would like it. If you're in the mood for a light and festive holiday read, this book is for you.
Read more
Helpful
Report abuse

Dr. Pamela Reilly
3.0 out of 5 stars Delightful Story, But ...
Reviewed in the United States on December 1, 2021
Verified Purchase
This is a delightful story, but the frequency of run-on sentences, misspellings, and punctuation errors greatly detracts from the reading of the story. I strongly encourage the author to work with a professional editor to ensure that grammar and misspelling errors do not detract from the story
Read more
Helpful
Report abuse

Book Lover
4.0 out of 5 stars Lovely Christmas Story
Reviewed in the United States on November 25, 2021
Verified Purchase
This is a cute story about regaining Christmas spirit. At times, the spirit of Christmas can get lost in the hustle and bustle of the season and we just need to refresh and look at what’s truly important. It’s a great read for anyone who is looking for a cute story with a Christmas fairy.
Read more
Helpful
Report abuse

Shelly M Neinast
4.0 out of 5 stars Finding the Christmas Spirit
Reviewed in the United States on December 21, 2021
Verified Purchase
A great children's fantasy book on bringing the Christmas Spirit back into your children's hearts who have lost their Christmas Spirit along the way.
I gave it a 4. star rating due to the paragraph that were too long without breaks making the whole story hard to stay focused on. Also, there were a lot of grammar issues. Needs to be professionally edited.
Other than that, it was a very cute and magical children's story.
Read more
Helpful
Report abuse

Lily-munsta
5.0 out of 5 stars I liked it A LOT
Reviewed in the United States on August 24, 2021
Verified Purchase
I just had a wonderful Christmas In August experience with this story. It was whimsical, engaging and uplifting. I shall re-read this book again and again.
Read more
Helpful
Report abuse

Mike Parry
5.0 out of 5 stars Christmas sparkles, a fairy fantasy
Reviewed in the United States on January 7, 2022
Verified Purchase
A unique look into Father Christmas and his workforce of fairies and the work they do to save the Holiday spirit.
Read more
Helpful
Report abuse

Kindle Customer
5.0 out of 5 stars Great Christmas Story
Reviewed in the United States on December 28, 2020
Verified Purchase
A thrilling story of saving Christmas a must-read for the holidays or any day.
Read more
Helpful
Report abuse
See all reviews

Sam Thompson
5.0 out of 5 stars Great Christmas Family feel
Reviewed in the United Kingdom on August 23, 2021
Verified Purchase
It seems funny reading about Christmas in August; however, Christmas Sparkles will be a perfect read for my niece during the lead-up to this Christmas. Anita Kirk has given a different slant on the very competitive Christmas market. I found the book well written and it embraced the spirit of Christmas and teamwork seen through the efforts of the elves, which is a great way to put the efforts required by children as they grow in the world, of course, there is the magic of Christ, as involved too as almost every page is about the enjoyment of Christmas shared with the children and characters in the book. Strongly recommended for a great family share.
Read more
Report abuse

Lauren
4.0 out of 5 stars Nice family read.
Reviewed in the United Kingdom on August 11, 2021
Verified Purchase
Great story linked with Christmas. A wholesome read for all the family. I would recommend for sure. Sparkly and fun
Read more
Report abuse

Tracey Gill
4.0 out of 5 stars Book
Reviewed in the United Kingdom on May 20, 2021
Verified Purchase
As expected
Read more
Report abuse
See all reviews
Back to top
Get to Know Us
Make Money with Us
Amazon Payment Products
Let Us Help You
EnglishChoose a language for shopping. United StatesChoose a country/region for shopping.
© 1996-2022, Amazon.com, Inc. or its affiliates