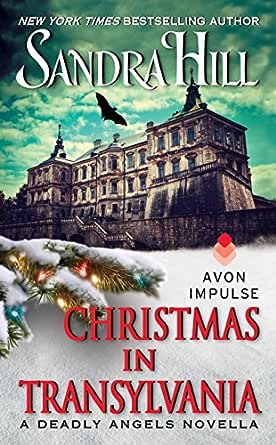 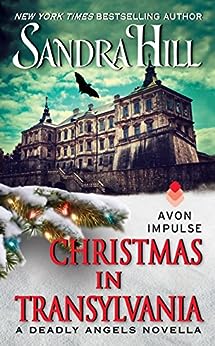 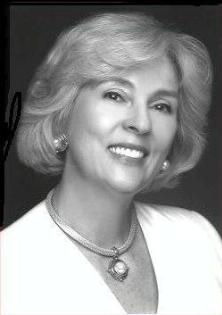 Sandra Hill is a graduate of Penn State and worked for more than ten years as a features writer and education editor for publications in New Jersey and Pennsylvania. Writing about serious issues taught her the merits of seeking the lighter side of even the darkest stories.

4.5 out of 5 stars
4.5 out of 5
174 customer ratings
How does Amazon calculate star ratings?
Amazon calculates a product’s star ratings based on a machine learned model instead of a raw data average. The model takes into account factors including the age of a rating, whether the ratings are from verified purchasers, and factors that establish reviewer trustworthiness.
Top Reviews

Lorna
VINE VOICE
4.0 out of 5 stars Viking Vampire Angels and Christmas!
Reviewed in the United States on December 16, 2014
Verified Purchase
I don’t think I have ever read a Christmas paranormal book or novella until a couple of weeks ago. Christmas and paranormal doesn’t exactly go together. This novella really showed me how it can be done, and done well.

Transylvania, Pennsylvania. Yes, this is the setting of this story. It’s a few weeks before Christmas, and the Viking vangels( immortal vampire angels)have decided to do up Christmas right this year. Since they live in a castle, this includes huge trees, wreaths, presents, and Alvin and the Chipmunks Christmas carols playing. That last one is courtesy of the little children of the household, and was the bane of the adults life. Karl is just one of the many vangels that live in the castle. While out for coffee, he hears that the waitress that usually waits on him is out sick, only the other waitress thinks her boyfriend has beaten her again. Of course Karl goes to find her and decides to take her home with him to the castle, even though she’s human. Faith has been beaten both by her boyfriend, and by life. When she meets Karl, she starts thinking that maybe there is good in life after all. And so what if he’s a vampire angel, her boyfriend was the evil one, not Karl.

This ended up being such a fun read. I had never read any of the other books in this series, but I found myself looking up the books immediately upon finishing this, because I had enjoyed it so much. The characters were amusing, and there was so many in the story that you just know have had their own previous books, or will be getting one. I am sure if you read this series, you will enjoy every minute of seeing the other characters that you have met before. I thought they were all pretty great, including the real Lizzie Borden, now a vangel. That one gave me pause, but ended up being just another fun part of the read.

Okay so, Viking vampire angels? This was a new one for me, but there is some world building as far as explaining how they exist, and some other interesting details as well. For a novella, it was just enough. It was also enough to intrigue me enough to want to try another one by this author.

I found this to be well written, and had plenty of Christmas oriented details to make this a good holiday read. If you are looking for an adult, Christmas read, I can highly recommend this one.(RabidReads.com)

Barbbe
5.0 out of 5 stars vampire Angels
Reviewed in the United States on October 29, 2014
Verified Purchase
Great books. This one is just as great as the others just to short. In this one is Karl who was a Vietnam vet who was killed in duty, but how r what he did bad no one knows. Then there is faith who is a waitress he knew and went to check on. Lots of vangels in this one since all at the castle for Christmas. Great read, great holiday book lol.. Well, ok kind of but I enjoyed it and now waiting for the next one to come out next year!
Read more
7 people found this helpful
Helpful
Comment Report abuse

M. Prieto
5.0 out of 5 stars Fun book - I definitely enjoyed it.
Reviewed in the United States on March 28, 2016
Verified Purchase
Fun characters! I got hooked on the idea of viking vampires. I now have gone out and bought the whole series because I want to get to know the rest of the men of the series. This is a light hearted comedic book that is a great introduction. It's more of a novelette so it's not a super thick novel. You'll finish it in one afternoon. But, it's fun, silly, and romantic. You'll enjoy the festive Christmas atmosphere. I like how they brought in the actual Angel who's in charge of this crazy crew of vampires. Overall, well worth reading.
Read more
One person found this helpful
Helpful
Comment Report abuse

RanOntheNet
5.0 out of 5 stars A Wonderful Story
Reviewed in the United States on March 3, 2020
Verified Purchase
This one had me laughing, then sniffing, and then came the sounds of `Happy Christmas`

I will happily add this to my other Christmas reads.
This novella gets my two thumbs up and I suggest this to one and all!
Read more
Helpful
Comment Report abuse

JoyS
4.0 out of 5 stars A different style of Angels...
Reviewed in the United States on December 31, 2017
Verified Purchase
I chose 4 star rating, because I really liked this first in a series book, but was still getting used to the whole universe of characters being developed. Not perfect, yet. I want to continue on with the series, to see how things evolve. Let's just say that I am very enthusiastic about the storyline so far.
Read more
Helpful
Comment Report abuse

sharon burton
3.0 out of 5 stars I wanted to like this book
Reviewed in the United States on July 17, 2015
Verified Purchase
I adore Sandra Hill's writing. I loathe short stories. I wanted to like this book, because it's Sandra Hill, but I just couldn't. Probably because it was short. The characters and dialogue seemed forced. The usual character development that is so appealing and makes it well, funny and romantic, was just missing...again, probably because it was short. Looking forward to the next regular installment in this series.
Read more
One person found this helpful
Helpful
Comment Report abuse

Ginilynn
5.0 out of 5 stars Great read
Reviewed in the United States on December 14, 2017
Verified Purchase
I liked this book because I like vampires with a sense of humor. This is not the first Vangel book I've read but I liked it as well as the first. There is too much drama in today's world so it's nice to be able to laugh. I applaud this author for her humor. I look forward to reading her other Vangel books.
Read more
One person found this helpful
Helpful
Comment Report abuse

Richard
5.0 out of 5 stars Vikings with Wings?!
Reviewed in the United States on October 3, 2019
Verified Purchase
If you’re bored with the vampire genre generally and ready to stop reading them, give this a try. Good versus Evil, with wings, fangs and sex.
Read more
Helpful
Comment Report abuse
See all reviews from the United States

Grey
1.0 out of 5 stars Boring read
Reviewed in the United Kingdom on May 4, 2015
Verified Purchase
I hate to give only 1 star as I love Ms Hills Viking, Cajun and Navy Seal books and have re-read them all over and over.
These VViking Vampire Angels books are utterly boring and they are an absolute chore to get through. I have tried about 3 now in the hope that I keep choosing an "off" one, but sadly no, they are all terrible and dreary.
I hope she starts writing the Vikings and Seals stories again soon with their laugh out loud humour and fantastic characters that you really care about.
Read more
Helpful
Sending feedback...
Thank you for your feedback.
Sorry, we failed to record your vote. Please try again
Report abuse

Mary Heron
4.0 out of 5 stars A sweet christmas tale
Reviewed in the United Kingdom on December 6, 2014
Verified Purchase
A chance to get back to Transylvania Pennsylvania and see how the angels are getting along, all the married brothers make an appearance and one of the secondary characters takes centre stage in a sweet simple story of love and redemption. Still with the comic touches we've come to expect like nativity scenes all over the castle so Mike doesn't get angry. I normally do not enjoy Christmas stories but this one I loved
Read more
Helpful
Sending feedback...
Thank you for your feedback.
Sorry, we failed to record your vote. Please try again
Report abuse

MichyWichy
3.0 out of 5 stars Be warned, this book finishes at 73% and the ...
Reviewed in the United Kingdom on January 22, 2015
Verified Purchase
Be warned, this book finishes at 73% and the rest of the pages are about other books. £0.99 is an acceptable price, full price certainly would not be Aside from that it's a lovely little novella with a similar storyline to the others.
Read more
Helpful
Sending feedback...
Thank you for your feedback.
Sorry, we failed to record your vote. Please try again
Report abuse

Dee
4.0 out of 5 stars Four Stars
Reviewed in the United Kingdom on June 13, 2015
Verified Purchase
Loved the book pleased that Karl found someone to love. Can't wait for more in the series
Read more
Helpful
Sending feedback...
Thank you for your feedback.
Sorry, we failed to record your vote. Please try again
Report abuse