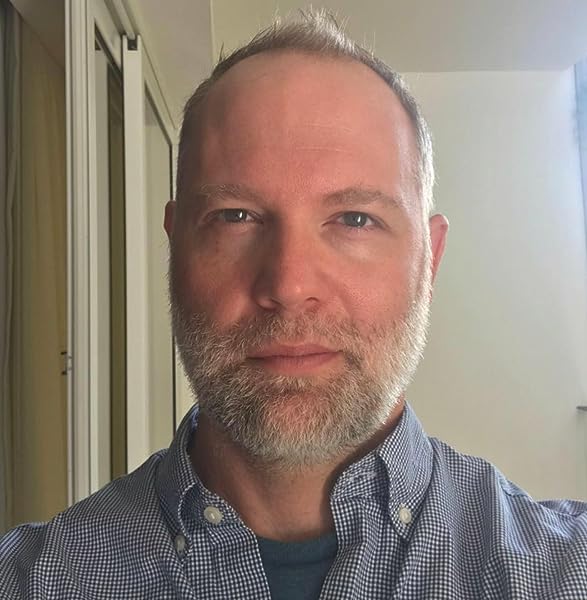 **A 2014 FOREWORD REVIEWS INDIEFAB BOOK OF THE YEAR FINALIST**
"Jolly and comforting, and told in familiar rhyming prose, The Christmas Truck celebrates one of the greatest feelings of the holiday season: the joy of giving"- Barnes & Noble Book Blog's 10 Books for Kids Who Can't Sleep on Christmas Eve

"A Gem of a Holiday Book for all Daddy and Papa Families" -Dadsquared.org

"There's much to like about the book: the bouncy rhymes, the bright illustrations, the showing of extended family, the message about the meaning of the holiday. As I've said before, LGBTQ-inclusive picture books have largely shown culturally and religiously neutral families... and we are left with the ongoing impression that religion and LGBTQ people are mutually exclusive. The Christmas Truck is a step forward to correct that." -mombian.com

"We've read The Christmas Truck no less than thirty-five times over the past month and it captures my family's attention and enthusiasm each time we read it! The brightly colored illustrations are lively and dazzling.  You can practically hear the jingling of sleigh bells and Frank Sinatra singing Winter Wonderland in the background.  The acrylic-like illustrations capture the story so well that the best of Christmas all but spills out of the book and into the room." --ThePictureBookReview.com

"LGBT Families Get A Holiday Tale Of Their Own With "The Christmas Truck"-newnownext.com

"The Christmas Truck distinguishes itself through breathtaking illustrations that normalize gay families against the backdrop of iconic Christmas imagery. The illustrations of the two dad family decorating a Christmas tree, wrapping presents by a glowing fireplace, and discussing the meaning of Christmas with their child under the glow of the North Star will be the first time many gay families see their intimate holiday traditions visually represented."
-TheHandsomeFather.org

Growing up in the mountains of Appalachia, he was bullied so much in school his parents made him transfer schools every year with the hope that the bullying would end. He came out at the age of 13. When he got his driver's license, he would often visit the regional airport and pretend that he was one of the travelers. Sitting in the small airport café, he wrote in his journal about all the places he dreamed of visiting, but never actually expected to see.

But J.B. did get to see those places and a whole lot more that he would never imagine. He sailed around the world while working for the Semester at Sea program and described getting lost on a mountain in rural Japan and having to be rescued by Buddhist monks. He spent summers on cross-country bicycle rides volunteering as a counselor for Decycles, an interfaith youth summer camp and his winters taking ice climbing classes where he climbed frozen waterfalls in Northern Wisconsin. As a live-in high school home-school teacher, he took his students backpacking around the world. As if by destiny, it was his journeys and adventures, which led J.B. to meet people around the world, which would later help with the translation of The Christmas Truck into Italian, Dutch and soon to be published in Spanish.
One of his best friends, an Italian citizen who holds a Ph.D. in economics, translated the book into Italian while on a flight to Rome because "he wanted to share the story with his nieces and nephews." The Dutch version came to be because Blankenship was visiting a remote macaw research center in the Amazon rainforest of Peru with a group of friends. To pass the time on the 8 hour boat ride up the Tambopata River, his Belgian friends translated the book into Dutch.

Although not yet a parent, J.B. has served as a parent figure and mentor to many children and homeless youth, teaching them, nurturing them, helping them find stable living situations and navigating the college admissions process. Currently, he spends his free time volunteering with SitStayRead, a Chicago based literacy organization that brings therapy dogs into struggling public elementary schools. Kids read stories to the dogs about dogs and then write their own stories. "Every week I get to help these awesome kids create their own stories that reflect their world. And I get to play with dogs. It's pretty amazing!" he exclaims.

The Christmas Truck includes some of J.B.'s holidays' traditions, like oyster stew, which plays a splashing role in the book, and although he claims he is not a fan of oyster stew, it was always served on Christmas Eve. The tradition of fulfilling the wish list of a needy child is something he started with his partner. The story follows Papa, Dad and their kid, alongside the retired Fire Chief Grandma and how they are able to save Christmas for a family in need. It teaches us that even when things don't go your way, the spirit of the holiday season allows magical moments and adventures.

J.B. Blankenship received his Ph.D. in Education where he studied the role of story and storytelling in identity development. He currently works as a literacy educator developing individualized curriculums to support readers of all ages and levels.  He currently lives in Chicago with his husband and two dogs.
Read more

4.5 out of 5 stars
4.5 out of 5
52 global ratings
How are ratings calculated?
To calculate the overall star rating and percentage breakdown by star, we don’t use a simple average. Instead, our system considers things like how recent a review is and if the reviewer bought the item on Amazon. It also analyzes reviews to verify trustworthiness.
Top reviews

Andrew
5.0 out of 5 stars Cute and inclusive!
Reviewed in the United States on November 29, 2019
Verified Purchase
Cute Christmas story that is inclusive. So nice to have a children’s book giving light to a same-sex couple with a child as just another family. The fact they are gay is not the point to the story.
Read more
2 people found this helpful
Helpful
Comment Report abuse

melinda
5.0 out of 5 stars a must have in you children's library
Reviewed in the United States on November 29, 2014
Verified Purchase
THIS IS IT, THE BOOK I'VE BEEN SEARCHING FOR! I recently purchase six Christmas books from Amazon after reading the descriptions of dozens. I wanted something accessable for my 2 year old that wasn't rooted in religion but rather the overall spirit of the season. Two were keepers but are too complex for now, three totally missed the mark. The Christmas Truck nailed it! Simple in its messages of caring for others and family, the facts that the boy has two dads and his grandmother was a fire chief are just perifial, awesome details. If you are considering purchasing this book, just pull the trigger. You won't regret it!
Read more
6 people found this helpful
Helpful
Comment Report abuse

Flavio Arana
5.0 out of 5 stars What a wonderful way to start this Holiday Season
Reviewed in the United States on October 19, 2014
Verified Purchase
What a wonderful way to start this Holiday Season! Blankenship's beautiful story, with its modern and fresh appeal, captivated our entire family. The illustrations are delightful, the characters are a hoot, and the reminder of what Christmas is really all about makes this book a must-have for all families. Best of all, thank you for giving our sons a story that reflects their family. When our 6y/o son realized the main character had two dads, he smiled and said, "He has two dads just like me!" That is priceless!
Read more
6 people found this helpful
Helpful
Comment Report abuse

Rick Barreto
5.0 out of 5 stars A great Christmas story
Reviewed in the United States on December 11, 2016
Verified Purchase
Our daughter loves the story because it's just like her family. I also love the message about giving to those in need.
Read more
3 people found this helpful
Helpful
Comment Report abuse

Bill
5.0 out of 5 stars Our sons love this book!
Reviewed in the United States on November 30, 2016
Verified Purchase
An awesome story about Christmas spirit, and an added bonus that it includes a two-dad family.
Read more
3 people found this helpful
Helpful
Comment Report abuse

TD
4.0 out of 5 stars Nice
Reviewed in the United States on March 15, 2015
Verified Purchase
A little pricey (minus one star) but my daughter liked reading this book around Christmas.

We didn't expect the two dads but we're glad to have a diverse collection of books to keep her open-minded.

Jud1
5.0 out of 5 stars Five Stars
Reviewed in the United Kingdom on December 27, 2014
Verified Purchase
Lovely book with a storyline to hold little people's interest. My grandson lives it.
Read more
One person found this helpful
Report abuse

David E.
5.0 out of 5 stars Must have kids Christmas book
Reviewed in Canada on January 13, 2018
Verified Purchase
A wonderful book with a lovely message.
Read more
Report abuse
See all reviews