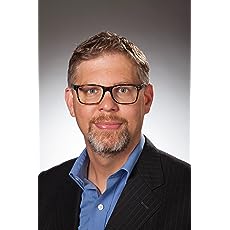 Dr. Christoph Bartneck is an associate professor and director of postgraduate studies at the HIT Lab NZ of the University of Canterbury. He has a background in Industrial Design and Human-Computer Interaction, and his projects and studies have been published in leading journals, newspapers, and conferences. His interests lie in the fields of Human-Computer Interaction, Science and Technology Studies, and Visual Design. More specifically, he focuses on the effect of anthropomorphism on human-robot interaction. As a secondary research interest he works on bibliometric analyses, agent based social simulations, and the critical review on scientific processes and policies. In the field of Design Christoph investigates the history of product design, tessellations and photography.
He has worked for several international organizations including the Technology Centre of Hannover (Germany), LEGO (Denmark), Eagle River Interactive (USA), Philips Research (Netherlands), ATR (Japan), and The Eindhoven University of Technology (Netherlands). Christoph is an associate editor of the International Journal of Social Robotics, the International Journal of Human Computer Studies and Entertainment Computing Journal. Christoph is a member of the New Zealand Institute for Language Brain & Behavior, ACM SIGCHI, The New Zealand Association Of Scientists and Academic Freedom Aotearoa.
The press regularly reports on his work, including the New Scientist, Scientific American, Popular Science, Wired, New York Times, The Times, BBC, Huffington Post, Washington Post, The Guardian, and The Economist.
Read more 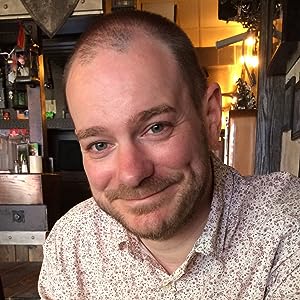 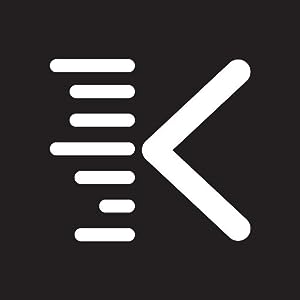 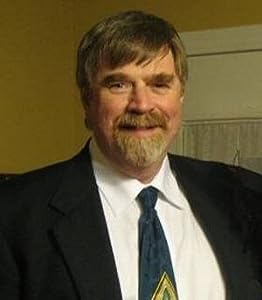 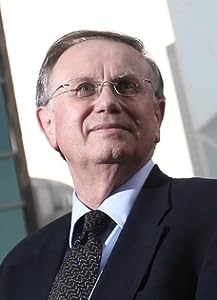 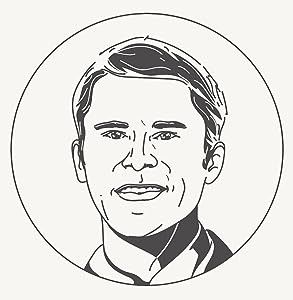 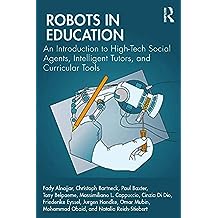 Robots in Education is an accessible introduction to the use of robotics in formal learning, encompassing pedagogical and psychological theories as well as implementation in curricula. Today, a variety of communities across education are increasingly using robots as general classroom tutors, tools in STEM projects, and subjects of study. This volume explores how the unique physical and social-interactive capabilities of educational robots can generate bonds with students while freeing instructors to focus on their individualized approaches to teaching and learning. Authored by a uniquely interdisciplinary team of scholars, the book covers the basics of robotics and their supporting technologies; attitudes toward and ethical implications of robots in learning; research methods relevant to extending our knowledge of the field; and more. 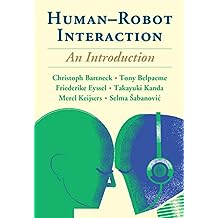 Human-Robot Interaction: An Introduction Mar 31, 2020
by Christoph Bartneck, Tony Belpaeme, Friederike Eyssel, Takayuki Kanda, Merel Keijsers, Selma Šabanović
( 1 )
$36.96
The role of robots in society keeps expanding and diversifying, bringing with it a host of issues surrounding the relationship between robots and humans. This introduction to human-robot interaction (HRI), written by leading researchers in this developing field, is the first to provide a broad overview of the multidisciplinary topics central to modern HRI research. Students and researchers from robotics, artificial intelligence, psychology, sociology, and design will find it a concise and accessible guide to the current state of the field. Written for students from diverse backgrounds, it presents relevant background concepts, describing how robots work, how to design them, and how to evaluate their performance. Self-contained chapters discuss a wide range of topics, including the different communication modalities such as speech and language, non-verbal communication and the processing of emotions, as well as ethical issues around the application of robots today and in the context of our future society.
Read more
Other Formats: Paperback 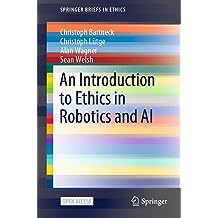 This open access book introduces the reader to the foundations of AI and ethics. It discusses issues of trust, responsibility, liability, privacy and risk. It focuses on the interaction between people and the AI systems and Robotics they use. Designed to be accessible for a broad audience, reading this book does not require prerequisite technical, legal or philosophical expertise. Throughout, the authors use examples to illustrate the issues at hand and conclude the book with a discussion on the application areas of AI and Robotics, in particular autonomous vehicles, automatic weapon systems and biased algorithms. A list of questions and further readings is also included for students willing to explore the topic further. 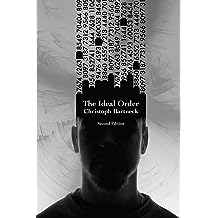 The Ideal Order Nov 25, 2015
by Christoph Bartneck
( 7 )
$0.99
Dr. Rob Park’s life is out of order. His estranged wife is leaving him, the relationship to his daughters is strained and his academic career is at a dead end. He escapes into the cult of LEGO and the study of classification systems. By sorting his collection of LEGO bricks he reconnects to his daughters and he maintains his sobriety while maneuvering in the bizarre world of academia. Prof. Dr. Smith and his newly found Adult Fans Of LEGO help him to find a new structure for himself, his brick collection and his family.
Read more 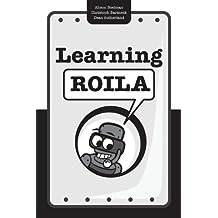 Learning ROILA Dec 3, 2011
by Alison Stedman, Christoph Bartneck, Dean Sutherland
( 2 )
$6.00
The RObot Interaction Language (ROILA) is a new spoken language that is optimized for the communication between machines and humans. It is extremely easy to learn for humans and it is simple for machines to recognize. The goal of this book is to support humans learning ROILA.
Read more
Other Formats: Paperback 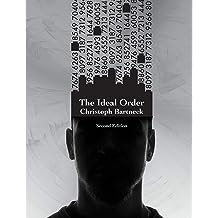 The Ideal Order - Second Edition Jun 22, 2018
by Christoph Bartneck
$4.99
Dr. Rob Park's life is out of order. His estranged wife is leaving him, the relationship to his daughters is strained and his academic career is at a dead end. He escapes into the cult of LEGO and the study of classification systems. By sorting his collection of LEGO bricks he reconnects to his daughters and he maintains his sobriety while maneuvering in the bizarre world of academia. Prof. Dr. Smith and his newly found Adult Fans Of LEGO help him to find a new structure for himself, his brick collection and his family.
Read more
Other Formats: Paperback 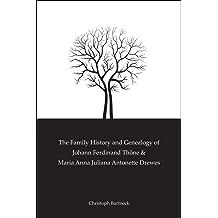