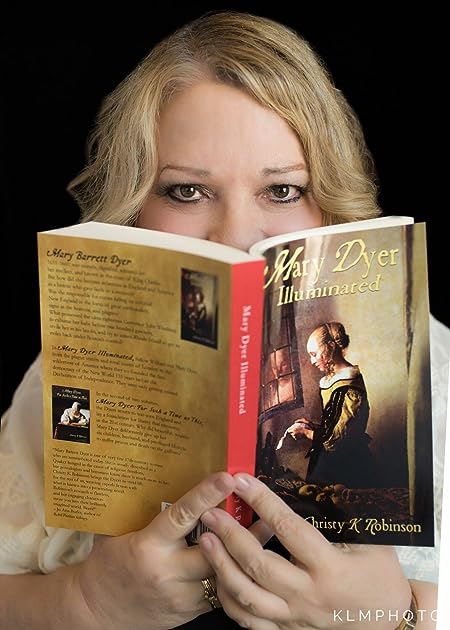 Christy K Robinson is an editor and writer, with a degree in Communications (print media), and graduate work in English. She has written the books "Mary Dyer Illuminated," "Mary Dyer: For Such a Time as This," "The DYERS of London, Boston, & Newport," "Effigy Hunter," and "Anne Marbury Hutchinson: American Founding Mother," and writes popular history blogs with page views topping one million.

In addition to writing and editing, she administers several Facebook groups and pages with 17th-century subjects. Her passion for historical research blends fun, hard work, and very late nights.

While employed as communications director and editor with a nonprofit organization, Christy conceived, wrote, edited, and produced the devotional book "We Shall Be Changed" (published in 2010, hardcover book available on Amazon).

Christy is a skilled copy editor for historical novels, romances, inspiration/devotional books, memoirs, and nonfiction, as well as websites. Contact her at her website, http://ChristyKRobinson.com . 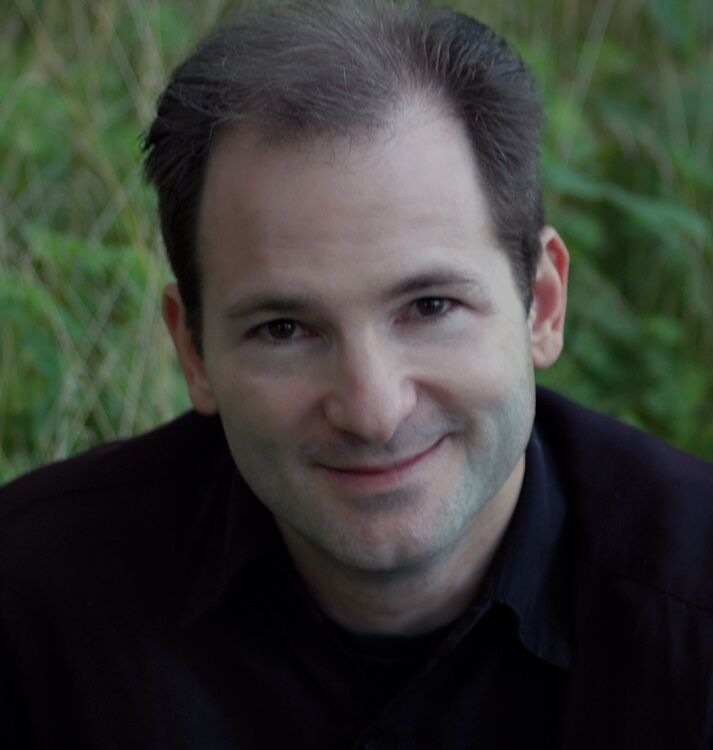 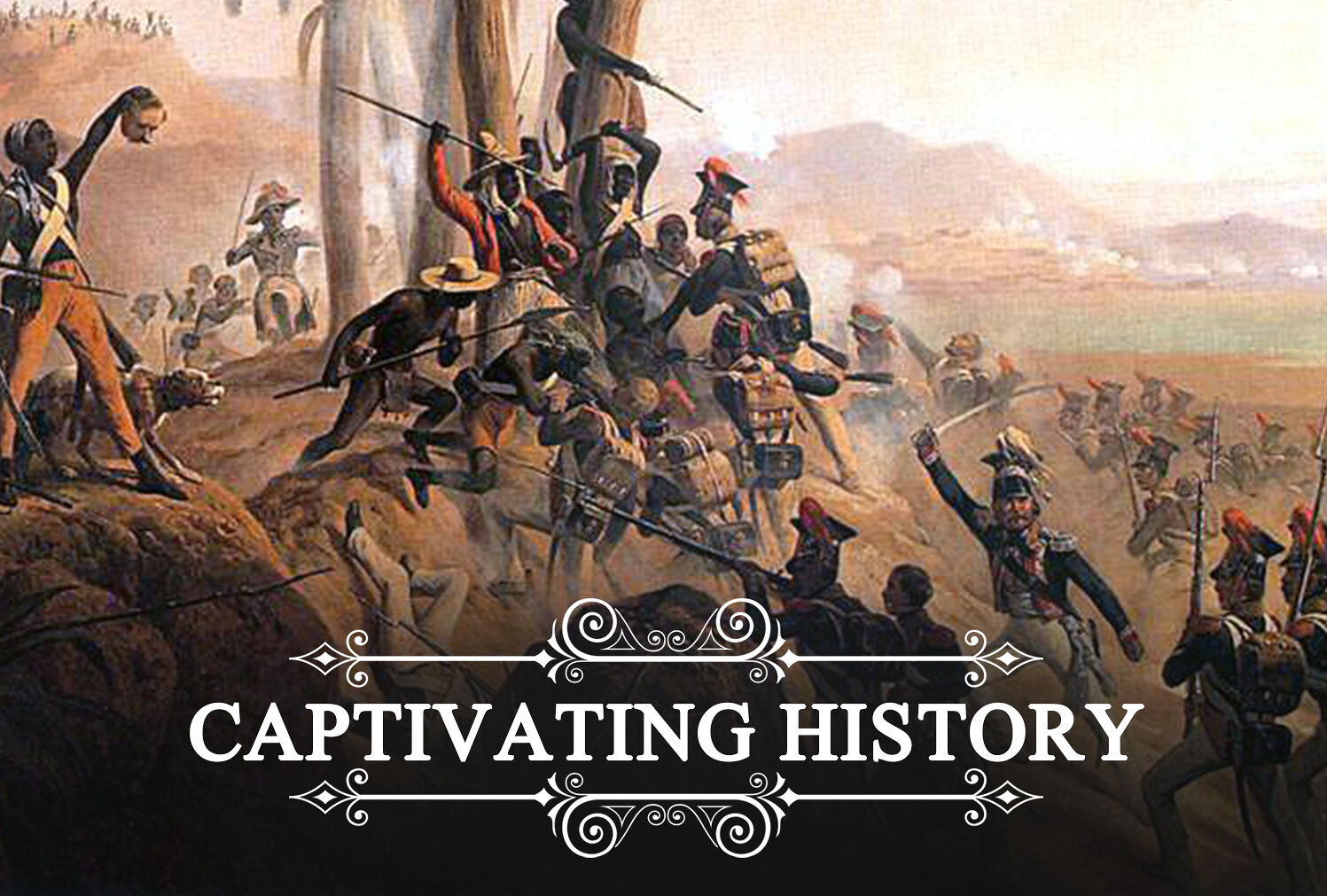 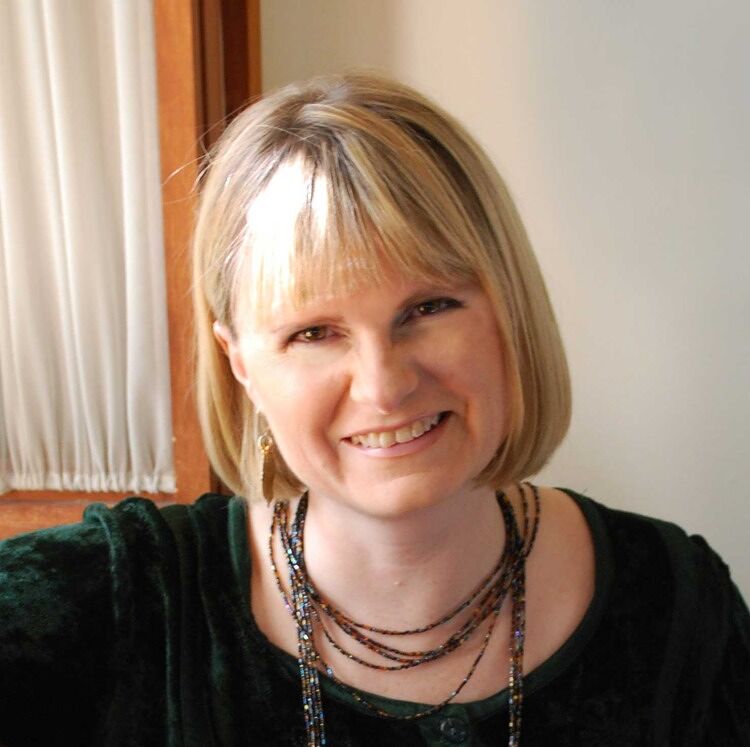 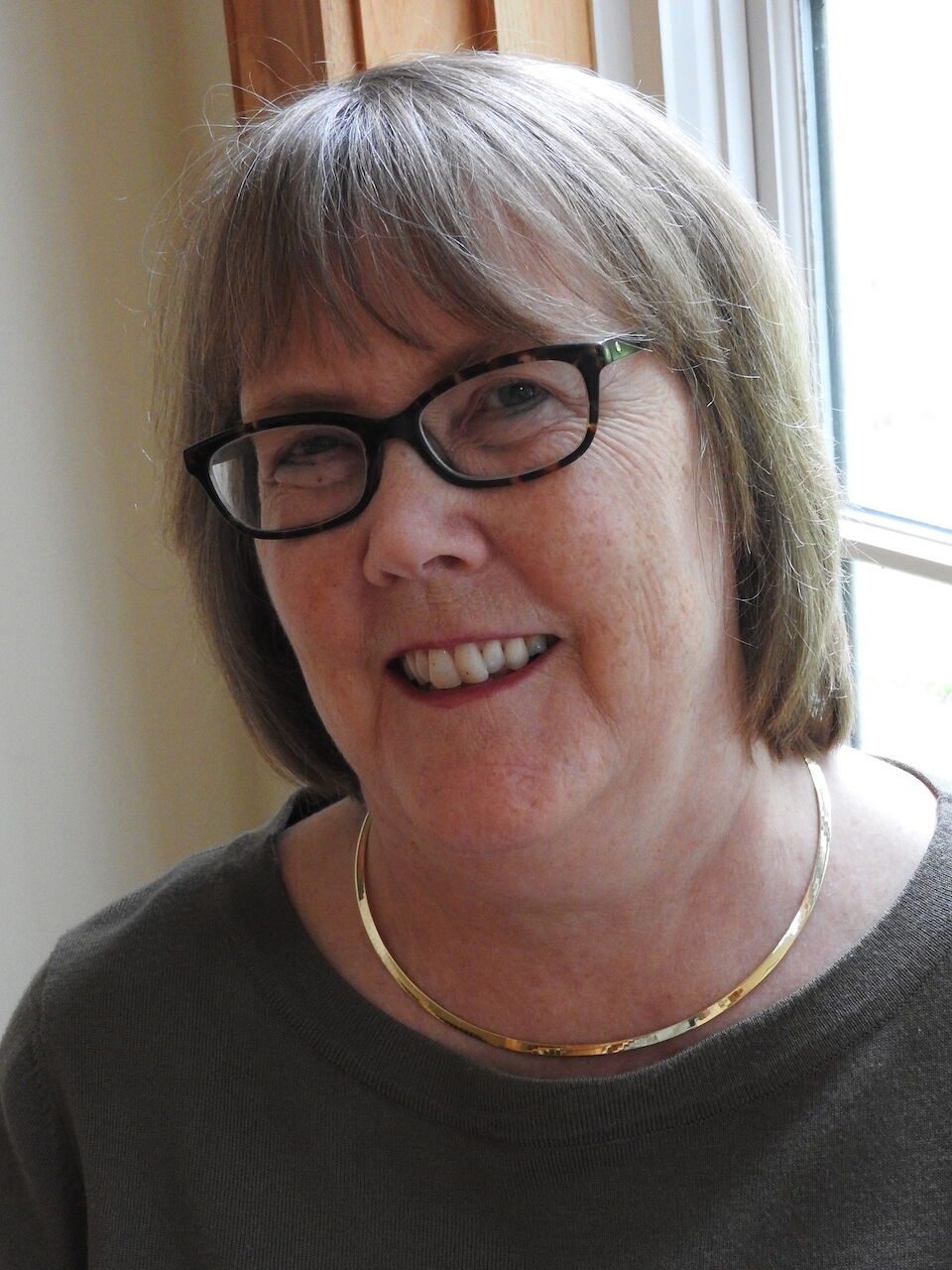 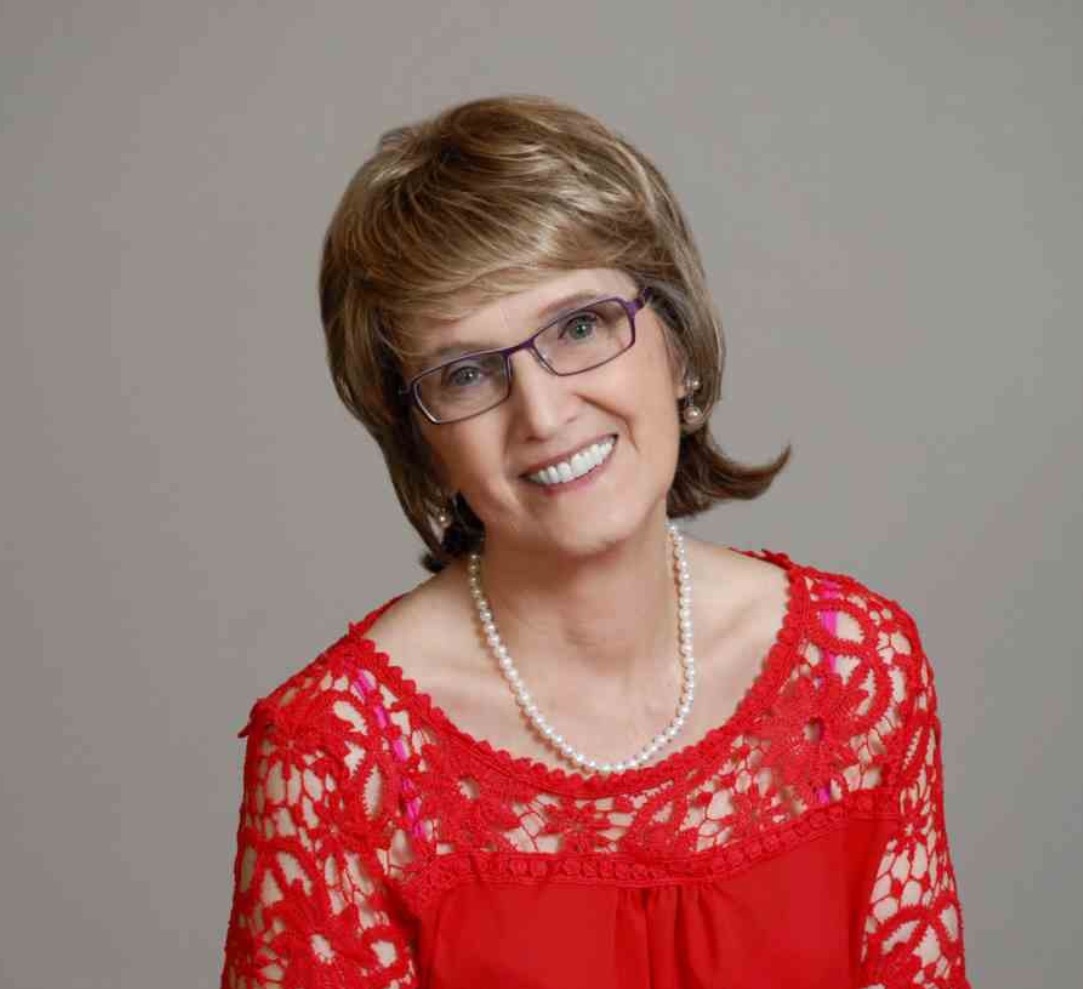 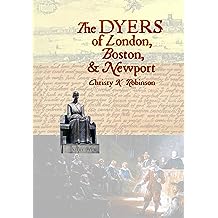 The DYERS of London, Boston, & Newport: (The Dyers)(Volume 3) Oct 26, 2013
by Christy K Robinson
( 23 )
$6.99
If you've read other accounts of the Dyers that have repeated the same information over and over for 350 years, you just might be blown away by what the author has learned from primary historical sources like court records, the Dyers' handwriting, the journals of their friends and enemies, natural history events, and modern evidence unavailable to the early Quaker historians.

Mary Barrett Dyer gets all the ink when it comes to fame for the brilliant couple from London, who emigrated to Boston in 1635 and co-founded Portsmouth and Newport, Rhode Island in 1638 and 1639. Mary had the monster baby, and she was martyred for committing civil disobedience to the Massachusetts theocratic government. Her husband William was the first attorney general in America, co-founded the first democracy in America, and was a trusted member of Rhode Island's government, who made his mark in the 1663 charter of liberties which became a model for the United States Constitution 130 years later. The "Wall" of New York's Wall Street was raised because of him. William and Anne Marbury Hutchinson were mentors and intimate friends of the Dyers. The Dyers' descendants became governors and senators in New England--and a President or two can claim them as ancestors.

In this nonfiction companion book to the biographical novels "Mary Dyer Illuminated" and "Mary Dyer: For Such a Time as This," you'll learn --in short, fascinating, illustrated chapters-- the culture and events that shaped Mary and William Dyer, and the history that they shaped for us. Who were their friends and enemies? Who were their parents, and was Mary the secret child of the royal Stuart and Seymour lines? What did they eat, and how did they treat illnesses and injuries? What was their everyday life between the big events? What did they look like and how did they dress? What did they do for fun? What were the fashions in clothing, music, and literature? What was the religious belief behind the labels assigned to them by later historians? What commonly-held myths about the Dyers should be blown to smithereens? 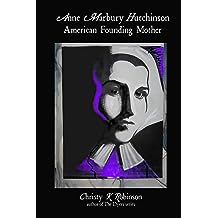 Anne Hutchinson (1591-1643) was despised for her quick mind. She was unflinching, though she had a premonition of danger to come. She lived four-fifths of her life in her native England, but is world famous for her years in early colonial America. She was a heretic Jezebel and a living saint whose behavior and character were impeccable. She spoke as men’s equal and was silenced for it.

You’ll glimpse the events that made primitive America great through the eyes of eyewitnesses and journalists of the time, some who hated Mistress Hutchinson, and some who admired her, and some who suspected that the massacre of 1643 that took Hutchinson’s and 16 other lives was set in motion by the theocratic government that banished her.

You’ll see why godly people risked their lives to form a secular government, to build and maintain a wall of separation that promotes peace and rejects oppression.

“Anne Marbury Hutchinson is a woefully unsung giant in the creation of secular democracy. Christy K Robinson's book goes a very long way toward refreshing the historical record of genuine religious freedom in America. She does so in a style both scholarly and eminently readable. It took 350 years for Hutchinson to be pardoned for her ‘crimes’ which amounted only to defying theological orthodoxy and the authority of male clerics. Through this work, Robinson makes it abundantly clear that people make real social change through the lessons of the very lives they live. Best we remember that today.”
Rev. Barry W. Lynn, Former Executive Director, Americans United for Separation of Church and State

“The tone is perfect and is the way that history should be written. The author’s voice speaks directly to the reader with humor, real content with wise use of original documents, and access to the personalities through those documents. She masterfully weaves the documents together with 21st-century English.”
Rose A. Doherty, President Emerita, The Partnership of the Historic Bostons

“An impressive accomplishment. Christy Robinson’s exhaustively researched account gives Anne Hutchinson her due as a martyr for religious freedom. Too many Americans today don’t know Anne’s story; this book will go a long way to correct that.”
Rob Boston, Editor, Church & State magazine

“There are people who can research, and people who can write, and people who can break down the barriers of historical distance. Then there are those that allow us into hearts and minds from the past. Christy Robinson does all of those things. You’ll love coming to know Mother Anne and her times through this penetrating work.”
Devin D. Marks, Founding Trustee, The Anne Marbury Hutchinson Foundation; Founder and President, My TED Talks 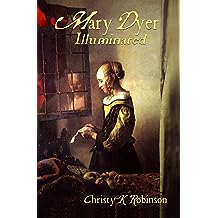 Mary Dyer Illuminated (The Dyers Book 1) Sep 21, 2013
by Christy K Robinson
( 38 )
$7.99
Mary Barrett Dyer, 1611-1660, was comely, dignified, admired for her intellect, and known in the court of King Charles. But how did she become infamous in England and America as a heretic who gave birth to a monster? Was she responsible for curses falling on colonial New England in the form of great earthquakes, signs in the heavens, and plagues? What possessed the ultra-righteous Governor John Winthrop to exhume her baby before one hundred gawkers, revile her in his books, and try to annex Rhode Island to get its exiles back under Boston’s control?

In Mary Dyer Illuminated, follow William and Mary Dyer from the plague streets and royal courts of London to the wilderness of America where they co-founded the first democracy of the New World 135 years before the Declaration of Independence. They were only getting started.

In the second of two volumes, Mary Dyer: For Such a Time as This, the Dyers return to war-torn England and lay a foundation for liberty that resonates in the 21st century. Why did beautiful, wealthy Mary Dyer deliberately give up her six children, husband, and privileged lifestyle to suffer prison and death on the gallows?

The two novels are compelling, provocative, and brilliantly written, blending historical fact and fiction to produce a thoroughly beautiful work you won't want to put down. The author has reconstructed a forgotten world by researching the culture, religions, and politics of England and America, personal relationships, enemies, and even the events of nature, to discover who they were.

“Mary Barrett Dyer is one of very few 17th-century women who are remembered today. She is usually described as a Quaker hanged in the cause of religious freedom, but genealogists and historians know there is much more to her. Christy K Robinson brings the Dyers to vivid life for the rest of us, weaving superb fiction with what is known into a penetrating novel. Robinson’s research is flawless, and her engaging characters invite you into their brilliantly imagined world. Brava!” – Jo Ann Butler, author of Rebel Puritan trilogy.
Read more
Other Formats: Paperback 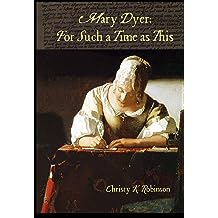 Christy K Robinson's two novels on the Dyers are compelling, provocative, and brilliantly written, blending a wealth of historical fact--and creating conversations, correspondence, and motives (fiction)--to produce a thoroughly beautiful work you won't want to put down. The author has reconstructed a forgotten world by researching the culture, religions, and politics of England and America, personal relationships, enemies, and even the events of nature, to discover who these people, the founders of America, were. If you thought you knew Mary Dyer by previous books, Wiki articles, or genealogy pages--think again. New research and brilliant deductions have dispelled myths and mistakes that have been accepted as truth since Mary Dyer's time!

Make this pair of Dyer novels the subject of your book club discussions, or add them to a reading list for high school and college classes in early-modern English and American history, women's studies, and religious liberty and religious history.