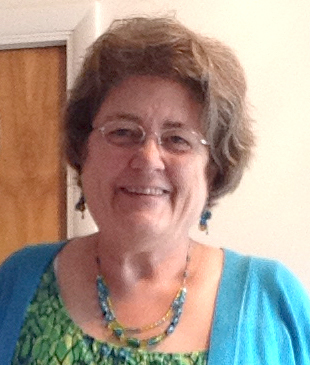 Born and raised in L.A., Christy Olesen found a home in Northwest Nevada just over the hill from Lake Tahoe, where the winters aren’t as harsh, the tourist traffic isn’t as heavy and the lifestyle isn’t as hard to live up to. 25 years working as a graphic artist for a newspaper/magazine publishing company gave Christy the foundation to start her own micro press. An artist and a writer, publishing is the perfect way to combine the two as she moves into the next phase of her life.

When not working on her computer, Christy enjoys traveling in her 1955 self-restored travel trailer, gardening, reading and painting. 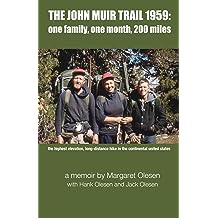 The John Muir Trail 1959: one family, one month, 200 miles Jan 4, 2016
by Margaret Olesen, Hank Olesen, Jack Olesen
( 7 )
$2.99
Also available in full color paperback and in b&w paperback. In 1959, Hank Olesen led his small family on an adventure, or an “ex…peddience in the moun...tains” as he liked to say, with a put-on accent.
After many campouts, and several one- to three-day hikes in the Mammoth Lakes, California area, Hank decided to tackle the BIG ONE, the John Muir Trail, which today is the highest elevation portion of the later completed Pacific Crest Trail.
Begun in 1915, by 1959 the John Muir Trail was the only established long-distance trail in the Sierra, starting in the north at Yosemite and ending at Mt. Whitney, elev. 14,505 ft.
Hank was a Boy Scout, an Eagle Scout, and in the 1950s he was a Boy Scout leader. His son Jack, 13, was a Boy Scout working on his Silver Moccasin badge and John Muir Trail badge. Margaret was a willing, if somewhat intimidated, participant. However, it was Margaret who recorded the adventure in a small notebook with a stubby pencil and who took beautiful Kodachrome slides of the spectacular scenery, many of which are reproduced in this book.
Hikers who have traveled the JMT or the PCT, or are planning to, will enjoy this glimpse of what the hike was like before the modern equipment, regulations and packaged foods of today were available.
Read more
Other Formats: Paperback 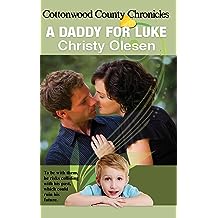 A Daddy For Luke (Cottonwood County Chronicles Book 1) Oct 29, 2013
by Christy Olesen
( 1 )
$2.99
David Winston’s reputation and fame come from his popular novels. Born to parents who hadn’t planned a family, David was taught to think he wouldn’t amount to anything, so becoming a popular author is a surprise to him. He wants to hang on to his success. Born in Center City, then forced to leave eight years ago, he’s back, but not for long. It’s a gamble just being in town: he risks colliding with his past, which could ruin his future. Then he meets Sandy Archer and tempts fate by staying in town a little longer.
Sandy Archer is content to care for her son Luke, work her way up in her job at the Cottonwood County Chronicle, and stay away from any more disastrous relationships. She has lived in Center City all her life and has adapted well to being legally blind. She’s touched when visiting author, David Winston offers to read his book to her. She discovers a kindred spirit. But her budding relationship is threatened when a relative cautions Sandy that David is not who he seems to be. 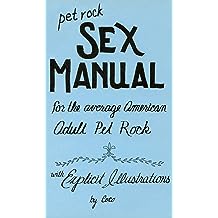 Pet Rock Sex Manual, A Parody Nov 14, 2012
by Christy Olesen
( 1 )
$0.99
Pet Rock Sex Manual, a parody written and illustrated by Christy Olesen
PLEASE NOTE: THIS GRAPHIC BOOKLET IS 14 PAGES. IT IS A PARODY AND NOT INTENDED AS A BONA FIDE SEX GUIDE. IT’S ALL IN FUN, SO HAVE FUN AND ENJOY.
14 pages.
Bonus material with this edition: A 1970s Fads, Hits and Fashions Trivia Test.
Perhaps the only sex manual rated G, this 14-page booklet was hand drawn and hand lettered in 1976. Pet Rocks were the latest fad during the 1975 Christmas gift-giving season and carried solid sales into 1976.
After talking with friends about some of their high-maintenance pets, Gary Dahl conceived a “pet” that took no care or maintenance. His cleverly designed pet carrier packaging that enclosed a rock, some straw bedding and a manual sold millions.
While listening to a discussion on the radio about breeding pet rocks, Christy wanted to tell the commentators they were wrong. Their breeding methods would never work. So she wrote the PET ROCK SEX MANUAL, had it printed at a local copy shop and sold it for $2 to friends and family at a time when gas was 59¢ per gallon.
Take a trip back in time and have a chuckle with the PET ROCK SEX MANUAL.
Christy is now an accomplished graphic artist working for a communications company, which produces newspapers, magazines and web sites published in several states. In her free time, she loves to read, write, garden and travel.
Indie-PendentPublishing.com
Read more 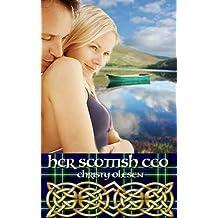 Fleeing a lifetime of disappointment, American artist Marcie Winters puts her hopes on a new job that takes her miles away to Scotland. She needs this illustration job. What she doesn’t need is a car accident. On her own in Scotland, starting her new career, she thought disappointment was behind her. Not only has she landed the job she needs to kick off her career, but she’s met a handsome Scotsman who understands her artistic nature. Maybe that’s why she feels a strong connection when they met. Maybe that’s why he is on the scene just when she needs him.

Greg McInnis was a cocky photographer, a man free to roam the world, until one fateful moment thrust him into the top job in his family’s publishing business. After two difficult years trying to live up to his father’s accomplishments and forget his failures, he’s looking for the brilliant spark that will persuade his grandfather to accept his unconventional project. He finds it in the artwork of Marcie Winters, the beguiling American artist, but when she’s in an accident he worries more for her wellbeing than her watercolors.

Set in the beautiful Great Glen in the Highlands of Scotland, from Fort William to Inverness along the Caledonian Canal and Loch Ness. Richly illustrated with original watercolors painted on location in the Great Glen.
Read more
Other Formats: Paperback