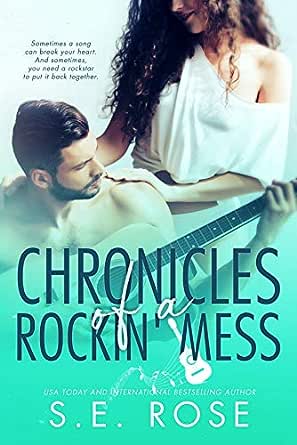 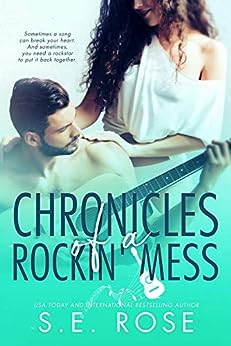 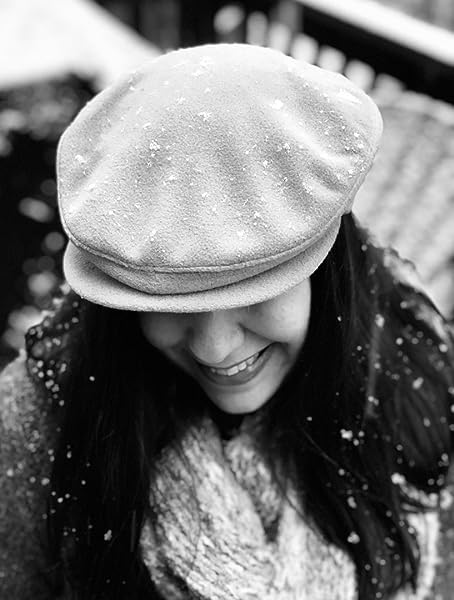 With some seriously hot chemistry, great humor and a slow build that keeps you turning the pages Chronicles of a Rockin Mess is an unputdownable read!
~Britt Franks, Red Hatter Book Blog

Chronicles of a Rockin Mess is one of the best best books I have ever read. This book had me crying and screaming at and for Lincoln.
~Goodreads Reviewer

I've been in a major book funk lately when this one came across my kindle to review. I am so glad it did, because I needed this book! Y'all! This book is everything!
~Book Fancy

Lower the lights and put on the "sexy music" because Lincoln Grant has left the building.
~Beyond the Covers Blog

I loved this rock star romance with a twist.
~Jenn the Readaholic

The rock star romance trope is high on my list of favorites, so I've read a TON of them, to the point where they started running together in my head and/or heart, so had to take a break from them for a cool minute. Now, I'm rambling about that for a reason, see, Chronicles of a Rockin' Mess isn't your usual run of the mill rock star romance, so I never saw it coming, and I LOVED it.
~Goodreads Reviewer

Beckyrae99 (Becky Wise)
5.0 out of 5 stars will leave you in stitches
Reviewed in the United States on October 1, 2019
Verified Purchase
Chronicles of a Rockin' Mess will leave you in stitches. I love love this one. Lincoln is that rock star that can be kind of a dick. He has this huge heart and a side of him only his PA Lark really ever sees. I love Lincoln even when he becomes a hot mess. Lark, she will steal your heart. I love how she handles the rockers and how she takes control. You can feel the chemistry that is lightening hot between Lincoln and Lark from the start. I love how everything flows in this one. Seriously Lincoln and Lark are so amazing. I love the support Lincoln has for Lark. This book is sweet and hot and will put a smile on your face. Chronicles of a Rockin' Mess is such a fantastic read that I couldn't get enough of. This is such a fast yes to a one-click read as are all of S.E. Rose's books. So go do it.
Read more
Helpful
Report abuse

Cate at FictionBeerandCupcakes
5.0 out of 5 stars Listening to John Legend on repeat after this serenade from Linc
Reviewed in the United States on October 2, 2019
I was granted an ARC from S.E. Rose for an honest review. All thoughts and opinions are my own.

Lincoln is a rock star, but acts out more because he has been suppressing his feelings for his PA Lark for so long. Lark had moved to LA at the tender age of 18 to hopefully break into the music business. For the past 3 years she has helped Lincolns band stay out of the social pages as much as possible.

Lincoln is an a*hole, but he means well. He has trouble acknowledging his feelings for Lark and doesn’t want to ruin the one consistent thing in his life. He knows that there is a good chance she will leave his life forever. After hearing her sing, he decides that she should pursue her dreams. Dreams that are otherwise on the back burner while taking care of him and the boys. In order to get her to truly follow her dreams, he thinks he needs to gut her and make her leave on her own. Oh, Lincoln what have you done.

Lark is one patient chick. I don’t know how she does it, but she has put up with Lincoln's BS for some time. Helped keep him name out of numerous papers, not so graceful photos at bay and women who dream of tying down the bad boy with a ring. Lark heads home to lick her wounds after being burned for the final time by Lincoln. Having gotten herself back up on stage and singing her blusey heart out. Only to receive a phone call from Kade begging her to come back and help Lincoln get better.

Will Lincoln be able to convince Lark to stay forever and that he needs her in more ways than one? Will Lark be able to forgive Lincoln and have a life together that she had only dreamed about or will she always remain a friend and coworker?

This was a very cute book. Not over the top and not sugary sweet. Just perfect. I normally don’t like rock star books, but took a chance because hello S.E. Rose throws great humor into her books and that is just what I needed. The a*hole was redeemed. Yes, I think Lincoln was an a*hole, but not an annoying a*hole, just a rock star a*hole. You also learn Lincoln experienced a loss in the past that has helped him with his future, but also holds him back a little as well. As I was reading, I did start making my own sexy soundtrack and don’t know if I can ever listen to “All of Me” by John Legend and not think of Lincoln. **swoon**

I do recommend reading this book. It is light hearted and the perfect read for that in between heavy book and all the books you wish you could DNF, but can’t.
Read more
Helpful
Report abuse

Celeste
5.0 out of 5 stars Lincoln knows how to ROCK your world
Reviewed in the United States on October 1, 2019
Lower the lights and put on the “sexy music” because Lincoln Grant has left the building. Rockstar Lincoln Grant is in love, although he goes through women like he does underwear, he is in love with his PA Lark. Finding out that the one constant woman in his life has massive talent Lincoln goes way, way out on a limb to help push Lark into her own singing career. Now with Lark gone, Lincoln is falling apart, and the band is sure to follow. Bandmates beg Lark to come back to help get Lincoln back on track but the pain in Lark’s heart is still there. Is it possible to take this Rockin’ Mess and help him turn his life around without losing her soul?
Chronicles of a Rockin’ Mess by S.E. Rose is a great second chance romance that has some wonderful feel good moments. Once the music starts playing the steam heats up and there is no putting this book down. Great strong heroine that manages to take back control of her life and a sad rocker playboy that just needs the love of a good woman. 5-stars for Chronicles of a Rockin’ Mess by S. E. Rose.
Read more
Helpful
Report abuse

Jennifer Pierson: The Power of Three Readers
TOP 1000 REVIEWER
5.0 out of 5 stars #HIGHLYORIGINALROCKINREAD
Reviewed in the United States on September 30, 2019
The rock star romance trope is high on my list of favorites, so I've read a TON of them, to the point where they started running together in my head and/or heart, so had to take a break from them for a cool minute. Now, I'm rambling about that for a reason, see, Chronicles of a Rockin' Mess isn't your usual run of the mill rock star romance, so I never saw it coming, and I LOVED it. I will admit at first, I was worried a tiny bit about it being the same ole same old, even though it was the brilliant S.E. Rose penning it, but I should have never batted an eyelash, because Ms. Rose has yet, to let me down with any stories she creates, so I totally wasted time piddling around. Let me break it down as generally as I can. Lincoln Grant is a rock star who is off-limits to his assistant, Lark Sutton, but that hasn't stopped her from wanting him desperately, or him wanting her desperately. Gotta love the whole secrets feelings that two people share without letting the other one know because it's NEVER frustrating with a push & pull like that. Lark never complained about taking care of them, but there came a point to where she's had enough, as Lincoln has become an a**hat more often, when his feelings for Lark try to take over. I'm not going to lie, at this point there's a lot of mixed emotions, as there are hysterically funny moments, and on the flip side, some serious angst, anger & frustration as well. So she leaves to finally pursue her own dreams rather than take care of a man whore child & his band mates because she needs peace. However, 18 months later, his band comes to her, begging for her help with the out of control, Lincoln, who actually resists her help at first, and that's the point where I was ready to junk punch him because for real Lincoln, it's time to grow up. They spend time together again, have serious chemistry which won't be denied, and he starts to catch feelings, but it may be too late for him, as she's not there to get caught up in him again. And so the question becomes, will she leave him & his band for good?! Or will she give him another chance to be what she deserves. It seems like a cut & dried story, but there's so much more than I was expecting, though it didn't make me forgive Lincoln all the way. So, now it's time for you to decide to one click this original rock star romance to find out all the answers, and I promise you won't see what's coming until it's in your face! HIGHLY HIGHLY HIGHLY RECOMMEND!
Read more
Helpful
Report abuse
See all reviews