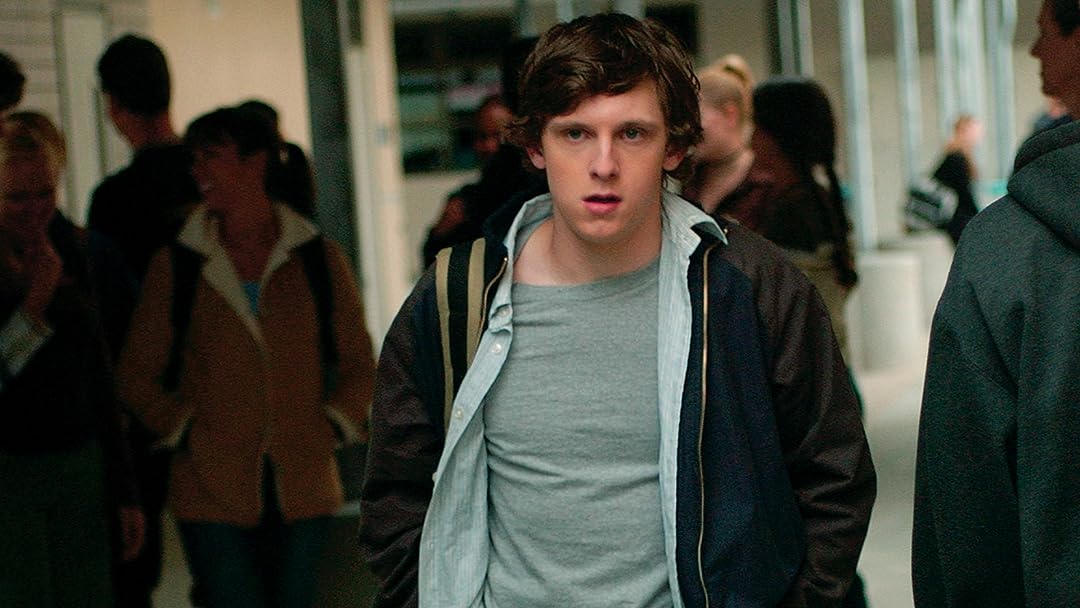 (72)
6.91 h 47 min2005R
The death of a troubled teen throws a suburban neighborhood into chaos in this darkly satirical comedy.

AnnetteReviewed in the United States on January 15, 2018
5.0 out of 5 stars
A classic for me and among my favorite movies
Verified purchase
People who one starred this movie don't understand symbolism or probably have never deeply contemplated the purpose of their life and beyond. (Perhaps a harsh statement but I don't understand how people DONT get this movie)
The movie has dark satire (NOT comedic) mixed with lots of symbolism that deals with LOSS, DRUGS, BULLYING, and domestic problems.
Everybody has issues in this movie and the nuances are subtle. It can be easy to be confused here, but focus on the main character, his issue is everyone else's affecting HIM when he is the one suffering the most-the loss of a dear friend to suicide. Yet he's the one that has to deal with everyone's problems around him.
Coping. How to cope? My favorite scene is the Rooney - Sleep Song during the bedroom break down.

This movie IS quirky, especially with the Mayor, who discovers himself late in life and goes from following the typical "american dream" role to paving his own path to happiness no matter how bizarre he appears to everyone else AND ONLY THEN does he actually meet the woman (another person with issues in the movie) who loves him for him and gets her own fulfillment.
Maybe I am over contemplating but every character has strings attached to someone else like a giant evidence board.

Cody SerenReviewed in the United States on April 7, 2019
1.0 out of 5 stars
Terrible Movie!
Verified purchase
Nothing about this movie made sense and the behavior of the charters was so absurd and unrealistic it was hard to watch. I am not the type to stop watching a movie but I actually had to skip ahead a few times because it was so bad.

The only way this has 5 stars is if people were paid to vote.
3 people found this helpful

Dam DuckReviewed in the United States on November 22, 2019
1.0 out of 5 stars
Just read the reviews
Verified purchase
Once again, I agree with most of the 1 and 2 star reviews and none of the 4 and 5 star reviews. What little plot there was didn't develop in any reasonable way and very few of the characters behaved like most people I've ever known. There are some recognizable actors is this, who probably would've made something watchable but I imagine the writing and directing just made it impossible to pull off.

Jeff CarmichaelReviewed in the United States on June 30, 2019
5.0 out of 5 stars
One of my favorite films. Unfortunately very underrated.
Verified purchase
This film has been in my top 5 for a long time. The entire cast is outstanding. Had a very 'limited release' theatrical run - Amazon Video was the first Digital Retailer to offer this title. If you're an open-minded movie buff - you'll enjoy this.
4 people found this helpful

Paul leesReviewed in the United States on August 8, 2021
1.0 out of 5 stars
he didn't turn into dolphin man
Verified purchase
I would have been completely satisfied if at the wedding the mayor just turned into a full-sized dolphin and sailed off to find the ocean. No nice wrapping up of other story arcs. Just. Poof! Dolphin-man. And end credits.

Sherri BriganceReviewed in the United States on January 15, 2019
5.0 out of 5 stars
I loved this movie!
Verified purchase
It's unexpected and fresh. What an indie is supposed to be! The title is weird but fits when you understand the movie. So refreshing to see a good movie with so much crap coming out of Hollywood.
3 people found this helpful

Todd M.Reviewed in the United States on May 5, 2019
3.0 out of 5 stars
There’s a whole neighborhood of dysfunctional families… so I’d say it’s a reality movie.
Verified purchase
It’s, at best, a dark comedy and with no shortage of psychotic behavior that never came across as funny. Even though there was a pretty decent cast none seemed to add much to it so I’d say the directing was weak and/or they just tried to squeeze too much into it and a mini-series may have been a better idea.
One person found this helpful

kerriedavidReviewed in the United States on November 5, 2017
5.0 out of 5 stars
Must see. Great acting. Great story. Not mushy.
Verified purchase
Good movie. The actors fit the parts well, the story is good, and a great ending. I am a Glenn Close fan and enjoyed her part in the film. This is a must see sort of off-the-main-drag but great film.
4 people found this helpful
See all reviews
Back to top
Get to Know Us
Make Money with Us
Amazon Payment Products
Let Us Help You
EnglishChoose a language for shopping. United StatesChoose a country/region for shopping.
© 1996-2021, Amazon.com, Inc. or its affiliates