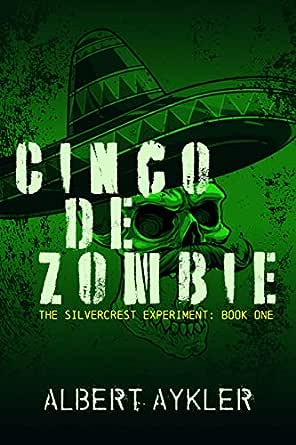 You've subscribed to The Silvercrest Experiment! We will preorder your items within 24 hours of when they become available. When new books are released, we'll charge your default payment method for the lowest price available during the pre-order period.
Update your device or payment method, cancel individual pre-orders or your subscription at
Your Memberships & Subscriptions
There was an error. We were unable to process your subscription due to an error. Please refresh and try again. 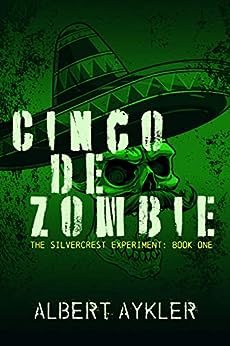 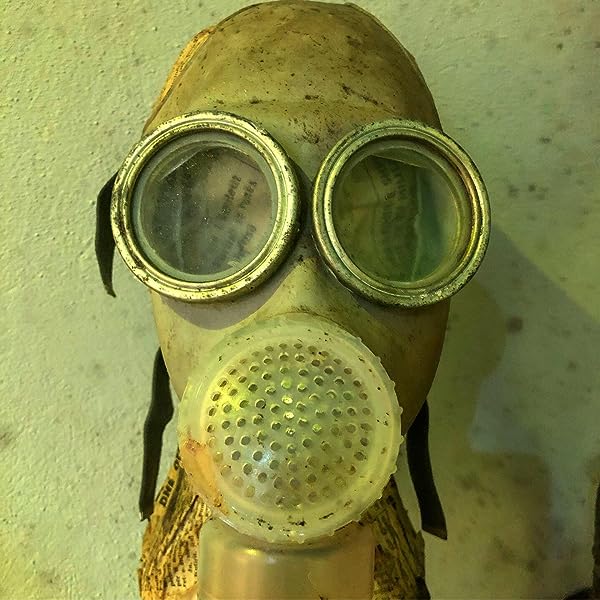 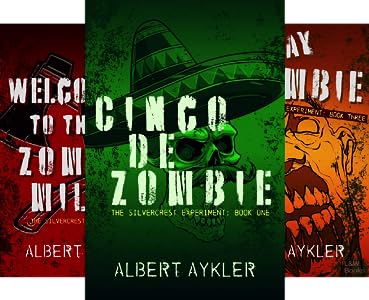 3.8 out of 5 stars
3.8 out of 5
14 customer ratings
How does Amazon calculate star ratings?
Amazon calculates a product’s star ratings based on a machine learned model instead of a raw data average. The model takes into account factors including the age of a rating, whether the ratings are from verified purchasers, and factors that establish reviewer trustworthiness.
Top Reviews

T
5.0 out of 5 stars Not your typical zombie novel!
Reviewed in the United States on December 26, 2019
Verified Purchase
I don't normally write Amazon reviews, but this was... really good!

A friend told me to check this out. I told her I don't like zombie novels, but she persisted.

I gave it a start, and... finished it! Really fun, found myself actually caring about what happened to Ziggy.

And there's a good salsa recipe before it's over and done.
Read more
4 people found this helpful
Helpful
Comment Report abuse

Patricia Kenworthy
4.0 out of 5 stars Strange
Reviewed in the United States on June 9, 2020
Verified Purchase
This book was annoying and fascinating at the same time.
I almost quit reading several times because I felt the snark was too contrived, the dialog meant no sense at all and the main character spent way too much time talking to himself in his head!
But then I got hooked and although I just scanned through many pages of his mental meandering, I finished it.
I haven't decided whether to read the next in the series or not.
Read more
One person found this helpful
Helpful
Comment Report abuse

Jason P.
5.0 out of 5 stars Fantastic, I couldn't put it down!
Reviewed in the United States on December 28, 2019
Verified Purchase
Yes, this is in the zombie thriller category but I think it speaks to more than that. It is engaging with well-thought out details and in-depth character development. I really couldn't put this book down once I started, super enjoyable.
Read more
3 people found this helpful
Helpful
Comment Report abuse

C. Eaves
2.0 out of 5 stars Not my style
Reviewed in the United States on June 7, 2020
Verified Purchase
Difficult to read, especially when Ziggy was speaking. At 50% in, there was really no character development. Some may like the quirky writing style, but not for me. Didn’t finish it.
Read more
One person found this helpful
Helpful
Comment Report abuse

Mindyg123
4.0 out of 5 stars Different type of zombies
Reviewed in the United States on February 21, 2020
We have a hero who doesn't know who or he is, he just knows he's immune. So what do you do with a man with immunity and amnesia you ask? Well Silvercrest uses him as their main outbreak exterminator. When he wakes up in a car heading to who knows where with a man he "thinks" is his friend.Ziggy. Where is Ziggy taking him and why? This is definitely not you're average zombie book, sure there's lots of death, blood, guts and action but there's also a lot of humor. Amd i gotta know what happened to Ziggy.
Read more
4 people found this helpful
Helpful
Comment Report abuse

Mallory A. Haws: The Haunted Reading Room Reviews
4.0 out of 5 stars Thoughtful "it's too late to prevent Apocalypse " narrative
Reviewed in the United States on February 22, 2020
Nectar for conspiracy enthusiasts and "it's the Apocalypse!!" fans, CINCO DE ZOMBIE is a thoughtful "it's too late" tale starring a young man who once worked at a covert facility for "medical research." [Read: Bioweapon R & D]. He doesn't know what his job title was, his identity, whether he has a hometown and a family. He knows he has one friend, Austrian "Ziggy. " Given the name Sid Singleton, Our Hero has survived a massive Zombie attack [yes, Zombie] when the lab's security failed. [One of the secret labs: they are legion; and like cockroaches, they exist everywhere.] "Sid" inexplicably not only survived but healed, seemingly immune to the Zombie virus that fells, then resurrects, others. So he and his best friend Zombie Ziggy, become Monster Hunters. Because really, these covert labs are everywhere.

I reviewed a digital copy generously provided by the author via Hidden Gems Books at no cost, obligation, or remuneration. I opted to review this title.
Read more
Helpful
Comment Report abuse

Tricia Schiro
5.0 out of 5 stars What's worse bad tacos or zombies?
Reviewed in the United States on March 31, 2020
I was given this book for free to read and review. In this time of quarantine what is more relavent a read than a zombie book. This one is more on the black comedy side rather than the depressing alls lost side. Sid Singleton is the zombie's worst enemy because he is the only human immune to the infection. Once again his has been drafted by his one eyed Austrian friend Ziggy to go into the trenches and stop the zombie outbreak. Will he be successful this time and finally not only curtail the infection but also find who he is and how this all started. As I read this I could just picture it as a great movie starring Bruce Campbell in all his Evil Dead glory whacking away at zombies while eating tacos. This was a really fun read even in its gross gruesomeness. I'm so looking forward to the next book.
Read more
Helpful
Comment Report abuse

Don Elliston
3.0 out of 5 stars A Lot of Nothing to Start
Reviewed in the United States on May 13, 2020
The first few chapters are mostly a stream-of-consciousness-like spew of unrealistic dialog about random topics that could have been made interesting but are not. The story jumps back and forth in time without context and the confusion quickly becomes tiresome. From the other reviews people appear to enjoy this book but I do not understand the appeal. I gave it three stars (average) because the grammar, format, and structure are all technically sound but I won't be finishing it.
Read more
Helpful
Comment Report abuse
See all reviews from the United States