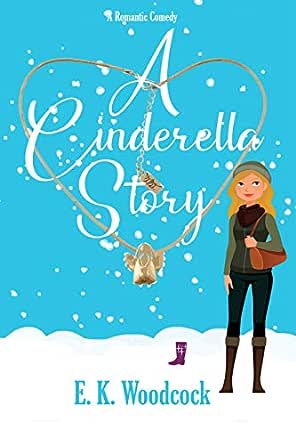 You've subscribed to The Best Draft Series! We will preorder your items within 24 hours of when they become available. When new books are released, we'll charge your default payment method for the lowest price available during the pre-order period.
Update your device or payment method, cancel individual pre-orders or your subscription at
Your Memberships & Subscriptions
There was an error. We were unable to process your subscription due to an error. Please refresh and try again. 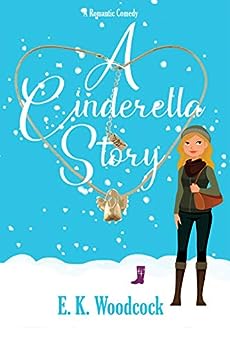 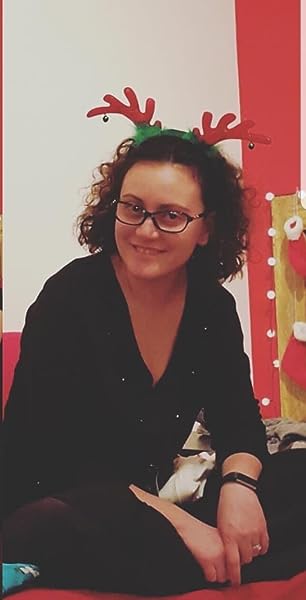 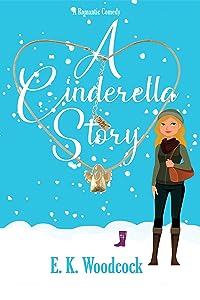 "This story is truly a charming light read that will lift your spirits, so give it a try today." Reviewer
"A Cinderella Story is the fantastic, sweet, enchanting debut novel from E.K. Woodcock." Reviewer
"If you are looking for a feel-good, clean romance, definitely check out A Cinderella Story!" Reviewer
"Now it's time for y'all to hit your one click buttons for a lovely story which will get your head out of the world's issues for a length of time! HIGHLY RECOMMEND!" Reviewer
"This is one romance you don't want to miss" Reviewer

3.8 out of 5 stars
3.8 out of 5
16 customer ratings
How does Amazon calculate star ratings?
Amazon calculates a product’s star ratings based on a machine learned model instead of a raw data average. The model takes into account factors including the age of a rating, whether the ratings are from verified purchasers, and factors that establish reviewer trustworthiness.
Top Reviews

Ellen M. Hogan
5.0 out of 5 stars Cute Story
Reviewed in the United States on June 16, 2020
Verified Purchase
At first I was not sure I would like this book. It starts out with Skylar visiting a psychic. That is not something I believe in. However as I got into Skylar and Carter’s story I found it sweet, funny, heartbreaking and finally breathtaking.
Skylar is opening her own store, Carter is a builder. They meet one day when Carter’s little girl loses her purple rain boot. Skylar finds it and then searches the mall until she finds Everly.
Be warned there is also foul language in it.
In the end I liked the book but could have done without the profanity and the psychic.
Read more
Helpful
Comment Report abuse

Missie Mauldin
5.0 out of 5 stars Super Sweet Story
Reviewed in the United States on May 13, 2020
Verified Purchase
As a mom in a blended family, I loved reading about these two falling in love. It's a quick read, I read it all in one sitting, but it's worth buying. Can't wait to see what else she comes out with!
Read more
Helpful
Comment Report abuse

Texas BookwormTop Contributor: Pets
1.0 out of 5 stars Two Things Marred This Book
Reviewed in the United States on April 18, 2020
A book about two people finding each other and love through the return of a child’s lost boot. Cute premise with an HEA.

Two things absolutely ruined the story for me:-

1. Just as the love story was winding down to the end, the H, “Mr Nice-Guy Carter” suddenly and without warning turned into “Mr Jerk-of-the-Year Carter.” His behavior was hurtful, unseemly, uncalled for, and emotionally abusive to the h, Skylar. She showed Carter forgiveness. I would have showed Carter the door.

2. Everly, the 3-Yr old. Oh, where to begin? The author blatantly took the character she described as a 3-yr-old toddler and gave her the personality and language skills of a 6 to 8 year old. It was obvious that the author realized she might be creating a believability problem with the toddler’s overinflated language skills because she attempted to explain away this glaring anomaly by including Dad’s lame narrative that Everly’s speech was beyond her years (actually waaay beyond - like about 3 to 5 years), “unless,” Dad continued, “she is overexcited or overwhelmed in certain situations.” The author then proceeded to gift Everly with an off-and-on speech impediment, which, I suppose was to convince readers that Everly was indeed 3 years old.

So, imagine, if you can, a 3-yr old - essentially a baby who looks like a child:- a child who is probably still being put down for a nap at least once a day; a child who may recognize some words in a picture book; a child who requires constant supervision, and, who is probably potty trained, but still has occasional accidents and may still be in pull-ups or training pants, and who still drinks from a sippy cup. Now, imagine further, this child-baby making the following remarks - on her own - without prompting or parroting:-

A. “Party-Pooper.”
B. “It’s boring.”
C. “Bibbidi-Bobbidi-Boo, Fairy Godmother.”
D. “Don’t you think that lady was just so cool?”
E. “She called me a liar, so I pushed her.”
F. “I really felt like a pwincess. Not that you don’t make me feel like one every day, but she was almost likely sent from an angel.”
G. “We need to wash my hair, dry it and make it pwetty, for the pawty, and then I need to get out my dress.”
And, my personal favorite:-
H. “Well, Daddy, you see, I saw all the ingredients ready, and all the measuring cups were sitting out too, and you guys were taking so long ... and I didn’t have the patience to wait anymore ... so, I decided to start without you, but then I got a sneeze attack and ....“

At this point, I felt my intelligence was being deliberately insulted.

The above is by far not all of the egregious mischaracterizations of a 3-year-old, which the author expected her readers to swallow. It is too bad she did not make the character of Everly at least a 6 year old. It would not have hurt the story to do so, and Everly would have been believable. As it was, a character, who could have been truly adorable, was written as a comedic caricature merely to satisfy a self-serving idea of the author that the child should be a precocious, adorable, 3-year-old Daddy’s Girl who talked and acted 3 or 4 years older than her age.

I read this book through my KU membership.
Read more
One person found this helpful
Helpful
Comment Report abuse

Ashley Estep
5.0 out of 5 stars Cute and sweet
Reviewed in the United States on April 13, 2020
What a debut for E.K. Woodcock! She took a classic fairytale and gave it a modern day retelling. Instead of a glass slip it's a purple rain boot that brings Skylar to his princess, Everly. And well a purple rain boot made me love her right away. A Cinderella Story is a story about two people wary of love who find love in each other. A Cinderella Story is a cute, sweet story about how life test us and true love always wins. Skylar and Everly are faced with several test in their relationship, however they come out on top and that's all that matters.

A Cinderella Story is the fantastic, sweet, enchanting debut novel from E.K. Woodcock. She took this amazing classic fairytale we all love and made her own. I think with these retellings the key is for the author to make it their own, and Woodcock did that. I can't wait to see what she brings us next.
Read more
One person found this helpful
Helpful
Comment Report abuse

Crystal W
4.0 out of 5 stars Cute modern take on one of our favorite fairy tales
Reviewed in the United States on April 7, 2020
This is a modern twist on the fairy tale Cinderella. When Skylar finds a small sparkly purple rain boot laying next to a truck at the mall, she makes the decision to find the child who’s missing her shoe. Little does she know that the little girls father is like sex on a stick. Carter, father to Everly, is glad when Everly’s rain boot is returned to her, but now he can’t get the image of the beauty who returned it out of his mind. After their chance encounter, Everly has taken to calling the mysterious woman, Fairy Godmother. It seems fitting though, since they had that whole Cinderella moment when she placed the missing rain boot on his daughter foot.
What a surprise when they run into each other again. This time at the local coffee house. Now that Carter knows where she hangs out, he talks his work crew into taking their break there again so that he hopes to run into her.
This is a charming story with a twist. I hadn’t remembered the blurb when I started reading this story for review, it had been awhile since I’d signed up to review it, so when the twist came, I was a little taken aback. The story was proceeding along nicely, in my opinion, when seemingly out of the blue a monkey wrench was thrown into the mix. I really didn’t think the story needed the twist, and I was glad when it got all sorted out at by the end. This is a sweet HEA with little heat, which is a nice chance for me. I can’t wait to read more from this author and see where her writing takes her.
*I received an ARC of this story and this is my honest and voluntary review
Read more
Helpful
Comment Report abuse
See all reviews from the United States