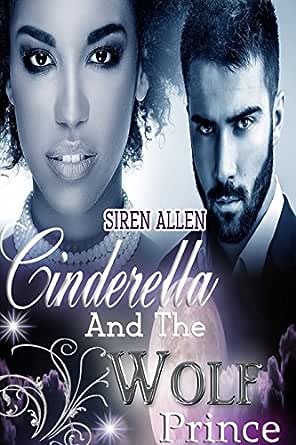 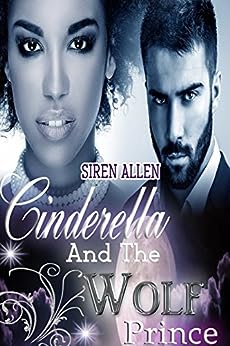 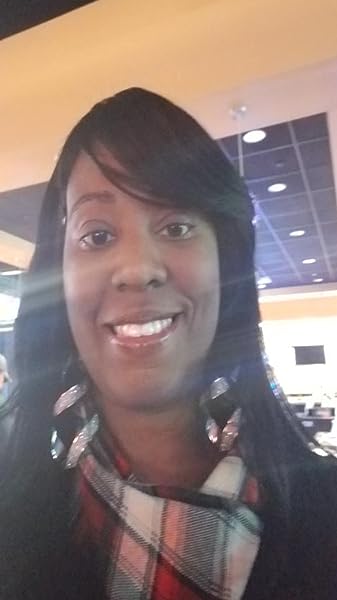 4.8 out of 5 stars
4.8 out of 5
37 customer ratings
How does Amazon calculate star ratings?
Amazon calculates a product’s star ratings based on a machine learned model instead of a raw data average. The model takes into account factors including the age of a rating, whether the ratings are from verified purchasers, and factors that establish reviewer trustworthiness.
Top Reviews

Felicia Denise
5.0 out of 5 stars This! Read This!
Reviewed in the United States on October 21, 2017
Verified Purchase
Take a paranormal romance full of shifters, witches, wizards and dark magic, blend it with the right amount of steamy smexiness, then cover it in fairytale goodness and you get Cinderella and the Wolf Prince – a story you will read in one sitting!

Wulf St. Jamison is out of sorts and out of time…literally. Powerful witches just rescued the shifter prince from a cage where he’d been held for the last two hundred years.

Everyone and everything the Eternal Alpha knows and loves is gone. Add the trauma and nightmares of the endless torture he endured after watching his family being murdered and he’s in search of a final exit.

Cinderella Dupont is a smart young witch working as a maid/errand girl in her wicked stepmother’s brothel. (Don’t think cat house…no, don’t do that!) Cindi is counting the days… two more months until she turns 25! Her ‘debt’ to her stepmother will be paid in full AND she receives a sizable inheritance from her late father.

Nice little story there…but it’s not this one!

Circumstances bring a masked Cindi and Wulf together in a dark room for a hot night of passion and by morning, she’s gone.

Wulf is beside himself and determined to find her. When he learns of a witch known to be the best tracker around, he seeks her out. Is it a coincidence she’s also the witch responsible for his rescue?

Of course, it’s Cindi. But her BFF, Kara, has cooked up a potion and spell to mask her scent and identity. And the mating bite mark. Yep! He bit her…but she agreed! Uh Oh!

The story moves full steam ahead from there. Wulf is determined to find his mate… but why is there something familiar about Cindi?

I like Wulf St. Jamison. He’s out of his element, and Queen Issa and cousin Quentin do try to help. He has a lot of catching up to do and much to learn but he is willing… eventually… once he knows he has a mate. My favorite parts of the story were the internal arguments Wulf had with his wolf, which usually ran on the theme when in doubt, kill it! HA!

I like Cindi! The odds have been stacked against her since birth, but she still prevails. She’s also kind and always ready to help others. She doesn’t conceal her identity from Wulf out of spite or meanness. Her existence has always been controlled by others, and she’s ready to live her life on her terms and study her craft to become one of the powerful ruling Sister Witches. Cindi has plenty of darkness of her own she's hiding, and Katherine just can't wait to spill the beans.

While “helping” Wulf find his mate, Cindi falls in love. SQUEEEE! Before she can tell Wulf the truth, we end up at the Royal Ball immersed in supernatural beings behaving badly. Everyone shows out!

Katherine as the stepmother is spot on. She couldn’t be eviler if she tried. Stepsister Raishel – ugh, she got what she deserved. You’ll understand stepsister Ruby’s situation quickly after you meet her.

Amos? Mercy! His physical description alone had me running in the other direction. But when he… and then Wulf… and I was like, “what just happened?” NICE!

But the story does not end with the Royal Ball because there is a PROPHECY in play!

Kara--and her sisters make my squad! Even though she was dealing with an ancestral curse of her own, Kara was still large and in charge, always having Cindi’s back. All the young women in this story had something major standing in the way of their happiness, but did they sit around crying and blaming the world… or all men? Nope! Kara was dying for a good fight—and she got it! HA!

Ginette…heartbreaking. I don’t excuse her, but I do understand, and I’m looking forward to the next book… and Quentin!

I was a bit confused in the early chapters. Wulf is brought two hundred years into the future where travel is done on horseback, but there is modern slang, wrist watches, and thongs. Keep reading, it gets explained!

The author brought her A-game and her forensic science for this paranormal adventure. I couldn’t recommend it more unless I read it to you… and what would be the fun in that?

Rita Johnson
5.0 out of 5 stars Excellent read with Wulf and Cinderella
Reviewed in the United States on January 20, 2019
Verified Purchase
Wow this was a stop the great paranormal and mystic story with Wulf the Prince who family was massacre in order to stop the prophecy of black magic being eliminated from society. Hazon a black wizard incarcerated Wulf in a cage for two century and was tortured everyday until the Sister Witch Society found him and liberated him. Cinderella worked for her stepmother in a brothel to pay for her board. Cinderella fell asleep in one of the rooms that wasn't occupied until Wulf came in trying to leave the brothel without being seen. Wulf immediately felt the sexual pull from the person who slept in the bed with a mask on her face.
Read more
Helpful
Comment Report abuse

Yolanda
5.0 out of 5 stars Had me on my toes
Reviewed in the United States on February 21, 2019
Verified Purchase
This book will keep you on your toes and will have you wanting to fight. Wulf would give Cin the world to have his mate. When you suffer like these two have you wonder when the other show will drop. The shoe dropped when she went out the window and covered her scent. I'm glad they came back together and that his cousin was made aware of who his mate truly was.
Read more
Helpful
Comment Report abuse

Melinda De Ross
5.0 out of 5 stars Her stories are like colorful, sparkling potions.
Reviewed in the United States on October 15, 2017
Verified Purchase
I love all Siren Allen's books and her magic way to mix paranormal and eroticism. Her stories are like colorful, sparkling potions. Since I'm also a fan of fairy tales, I found this to be a great read for the weekend. The dark, haunted Wulf is the perfect prince for our fascinating Cinderella, and as the story progresses it becomes obvious they are meant to be together. I recommend this book to all those who love sexy stories with a dark twist but a happy ending!
Read more
Helpful
Comment Report abuse

Jamilia Fair
5.0 out of 5 stars I NEED His Sleeping Beauty to be written and Published like Three days ago!
Reviewed in the United States on March 6, 2018
Verified Purchase
ABSOLUTELY. THE. BEST. BOOK. I'VE. READ. THIS. YEAR. THUS. FAR! OHMYGOD! I did not put this book down until I finished it at 6AM! It was THAT good! Like.....AHHHHHH! I will say that I was LIVID when I saw that I would have to wait for His Sleeping Beauty to come out! I SCREAMED and almost started cursing when I went to look for it and came up empty! But, I'll wait. I'm excited to see Quentin and Ginette's story play out. Please, Hurry!
Read more
Helpful
Comment Report abuse

Sharlisa
5.0 out of 5 stars 5/5
Reviewed in the United States on January 25, 2020
Verified Purchase
Loved it. Loved everuthing about it. I'm definitely going to follow this aurthor and see what other great books she has.
Read more
Helpful
Comment Report abuse

Ryddhot
5.0 out of 5 stars Most Execellent
Reviewed in the United States on October 13, 2017
Verified Purchase
This was the most unique take on Cinderella that I have ever read. It kept me at the edge of my seat. I look forward to reading more by Siren Allen in the future!
Read more
Helpful
Comment Report abuse

Kindle Customer
5.0 out of 5 stars Fantastic
Reviewed in Canada on August 20, 2018
Verified Purchase
This is the first time that I have read a book from this author and it was fantastic, Cinderella and Wolf almost last each other but true love conquered those evil people's .... I will not say more just buy this book and find out how amazing this book is. Siren I can't wait for Ginette and Quentin story please hurry....
Read more
Helpful
Sending feedback...
Thank you for your feedback.
Sorry, we failed to record your vote. Please try again
Report abuse