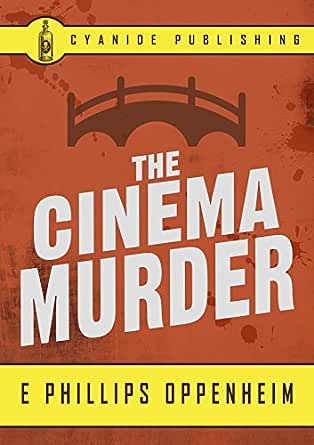 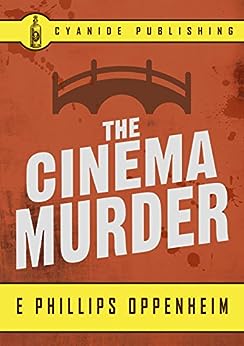 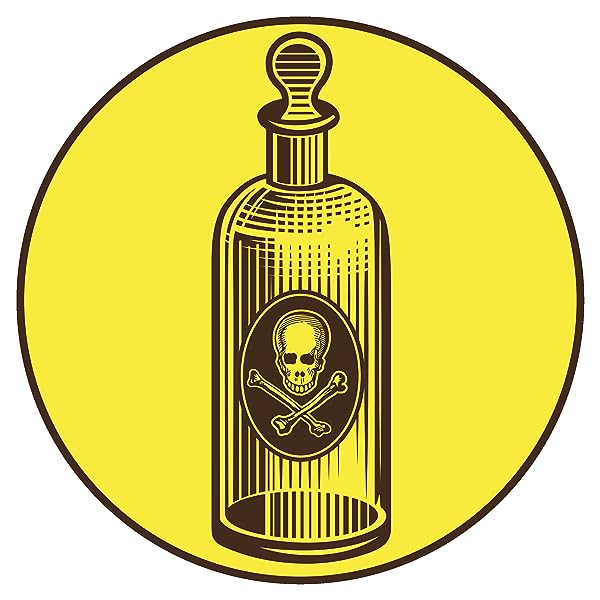 E. Phillips Oppenheim (1866 1946) was one of the most popular and successful writers of spy fiction in the early twentieth century, and was known in his time as the Prince of Storytellers. He was the author of more than 100 novels, of which The Great Impersonation has always been the most acclaimed. --This text refers to an alternate kindle_edition edition.

4.0 out of 5 stars
4 out of 5
25 global ratings
How are ratings calculated?
To calculate the overall star rating and percentage breakdown by star, we don’t use a simple average. Instead, our system considers things like how recent a review is and if the reviewer bought the item on Amazon. It also analyzes reviews to verify trustworthiness.
Top reviews

Mary Anne Johnson
4.0 out of 5 stars Crazy Love Story
Reviewed in the United States on April 16, 2017
Verified Purchase
Have no idea why the author entitled this story "The Cinema Murder" since there was no cinema involved. Cousins representing each other, then assuming new identities and hiding from the law caused a lot of confusion.
Read more
3 people found this helpful
Helpful
Report abuse

Kindle Customer
5.0 out of 5 stars ROBOT READING OF THE CINEMA MURDER
Reviewed in the United States on January 19, 2011
Verified Purchase
The plot seemed familiar as I listened to the book read by the Amazon male robot. Given the fact that the book is just six years shy of a century old, that is not unexpected. Nevertheless, there is nothing dated in the story or the writing. It is a tense novel of murder and escape from England to the United States by way of a luxury liner (no trans-Atlantic flights in 1917). On the liner the killer, masquerading as the murdered man on a business trip, meets an assorted group of people including a noted actress who is attracted to him. From then on the novel explores their relationship under the strain of his sense of guilt and the events that surprise and shock. Oppenheim justifies the high reputation and sales which marked his career and should satisfy the average murder/suspense reader. As a book to read, I am comfortable in recommending it to the appropriate reader. As to listening to it, I have become accustomed to the robot and easily adjust to the common faults, such as mispronouncing of words which have multiple meanings and occasional glitches in structuring sentences. If you are new to the process and want to try it out, give yourself some time to get used to the rhythm and cadences of the reading (there is also a female voice which I haven't tried). If you simply enjoy listening, you might find it objectionable and switch to eye-reading. If you have difficulty in seeing even the enlarged text or have other eye problems (without sufficient difficulty to qualify for free materials) then it is a much cheaper, if not nearly as satisfying, way of handing the problem than are the superior, actor performed, audio books. Oh, by the way, a mystery that was never resolved by the book is the reason for the title, The Cinema Murder.
Read more
15 people found this helpful
Helpful
Report abuse

The Squirrel
4.0 out of 5 stars Standard Oppenheim, a good read though not an edge of your seat!
Reviewed in the United States on March 28, 2018
Verified Purchase
Its an old classic, set mainly in New York city, though it could as easily have taken place in any large metropolis. The mystery of who committed murder is never in question as that aspect is revealed early on in the story. Rather the reader encouraged to contemplate how justice is to be resolved. Will the guilty ever come to justice? Will there be others guilty as accomplices after the fact? And what is the purpose and ultimate resolution of "the typist"?

Kestrel
3.0 out of 5 stars Well, that was....something
Reviewed in the United States on June 1, 2017
Verified Purchase
The hysteria of the characters' speaking style wears thin. No one says anything isn't isn't fraught with terrific emotion. "Hold me, for I shan't bear thought of it all! My breast is aquiver!". On and on.
Plot-wise, not bad. Loopholes you can drive a truck through. Bodice ripping without sex. A range of emotion all within the scale of fevered wailing. Certain to be a wonderful read to some and a horrific tale to others.
It's as if Poe wrote a Harlequin romance. Take that for what it's worth.
Read more
One person found this helpful
Helpful
Report abuse

Springlering
5.0 out of 5 stars Superb Writing
Reviewed in the United States on May 4, 2012
Verified Purchase
I have been reading a number of these old classics that are available for free via Kindle on Amazon. The writing on this one far, far exceeds the others I have read. Although written in 1917, it has a very modern style to it, not "difficult", as people have claimed about some of the other writers within (give or take) 25 years difference.

Taught and emotional, with a selfish main character you can't really feel sympathetic with, under the circumstances, but whom you certainly share his tension. You can't really feel too sympathetic for his love, either, for accepting him as he is, no questions asked. All in all, a very interesting conundrum for the reader, and one which the author wraps up very neatly (a little too disappointingly neatly) at the end.

Beautifully, beautifully written. Superb style. Almost felt the sounds and smells of early 20th century New York, and the dank, scouring despair of a coal village. Will definitely download more by this writer.

Nana
4.0 out of 5 stars An actual Page Turner
Reviewed in the United States on May 14, 2017
Verified Purchase
A great story and characters with chance meetings that brings a new beginnings. Gets too wordy for me at times but would still recommend it as a good read.
Read more
One person found this helpful
Helpful
Report abuse

GARRY HAUSFELD
3.0 out of 5 stars An interesting old story. Not particularly exciting, and ...
Reviewed in the United States on July 22, 2015
Verified Purchase
An interesting old story. Not particularly exciting, and no real mystery since the we know who killed who fairly early in the story. But still interesting as it gives us a view of life in the early 1900s when travel was by ocean liner and steam train, and motor cars were rare. And some of the attitudes and expectations of people were very different to what we expect in our modern world today.
Read more
3 people found this helpful
Helpful
Report abuse

marty888nyc
5.0 out of 5 stars A winner - definitely will be reading more of Oppenheim's novels!
Reviewed in the United States on January 30, 2011
Verified Purchase
One of the great things about having the Kindle is discovering books and authors that are new to you. I grabbed this one because it sounded interesting, and raced through it in two days. I'd never heard of the author, but discovered that he wrote over 100 novels (many of which were turned into films, mostly silents)and was featured on the cover of TIME Magazine in 1927.

The writing is clean and clear, the plot takes some surprising twists and turns, the characters are well-drawn. This is a fun, breezy mystery novel, and I'm very happy to see that there are a few dozen more Oppenheim freebies for Kindle!
Read more
3 people found this helpful
Helpful
Report abuse
See all reviews

Rosie34
5.0 out of 5 stars Five Stars
Reviewed in the United Kingdom on April 23, 2017
Verified Purchase
This is one for the beach.
Read more
Report abuse

charley
3.0 out of 5 stars I have not had...........
Reviewed in the United Kingdom on June 6, 2013
Verified Purchase
the time to read it yet, sorry. I am sure that I will like it, but cannot express an opinion either way at the moment.
Read more
Report abuse
See all reviews