You've subscribed to Sweethearts of Country Music! We will preorder your items within 24 hours of when they become available. When new books are released, we'll charge your default payment method for the lowest price available during the pre-order period.
Update your device or payment method, cancel individual pre-orders or your subscription at
Your Memberships & Subscriptions
There was an error. We were unable to process your subscription due to an error. Please refresh and try again. 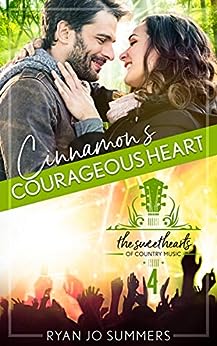 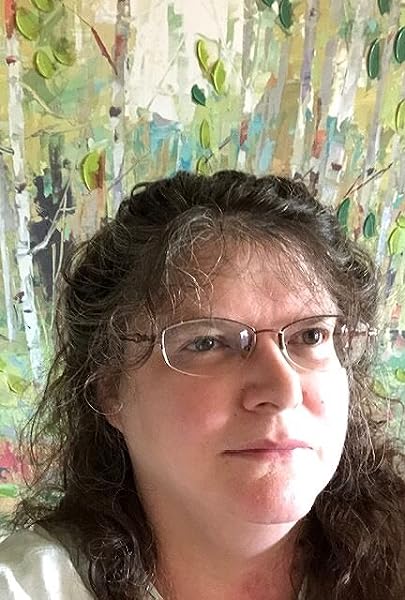 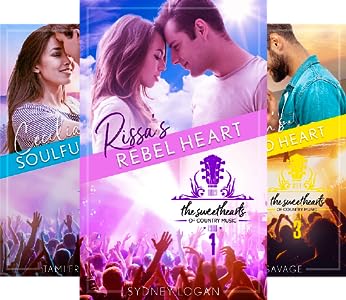 The Voracious Reader
3.0 out of 5 stars Not Very Christian as Listed
Reviewed in the United States on May 18, 2020
Verified Purchase
The Lipstick Outlaws are on the way up in the country music arena, and Cinnamon Chadwick is thrilled. She loves their six-girl band, and she needs the busyness after Alton Dalton did a number on her. When she hires Silas Black to remodel her old Tennessee farmhouse, she never imagined or wanted him to become such an important part of her life. She had vowed never to date again, but she fell into doing special things with him without really thinking. Is he as good and trustworthy as he seems, or will another man just break her again?

The novel was clean, although it hinted that the main character may have given all of herself to her former boyfriend. However, besides a couple of times of quickly uttered grace, I didn’t see anything Christian about it. The characters never considered God in their daily lives, and I didn’t like all the references to karma. The band also wrote and sung very secular songs, like skinny dipping with a boyfriend and drinking beer from a plastic cup. The song lyrics Cinnamon wrote sounded very awkward. They just didn’t have the right number of syllables in each line, accented patterns, or cadence to be smooth. I think they would have been very hard to sing. I also got rather bored with all the redundant, heavily described interviews the group had and the sameness of the long road trips. In addition, I wanted to know what made Felicity do what she did to cause trouble. It was never explained. And the ending left too much out and me with many questions about what would happen.

KBreviewer
2.0 out of 5 stars Not enough substance
Reviewed in the United States on May 28, 2020
Verified Purchase
I didn’t really connect with either of the main characters. I felt like there was a lot of detail that didn’t make it into the book. I wanted more background on Silas. How was he able to afford some of the stuff he did on her house. And you heard there was a bad breakup in Cinnamon’s past but there was really no detail. Later on in the book Cinnamon totally overreacts and it just seemed silly to me.

I got too much detail on all their radio interviews, but not enough about their actual lives.

There was an HEA, but again I wanted more details.
Read more
Helpful
Report abuse

Soundman2
5.0 out of 5 stars Music can be addictive!
Reviewed in the United States on August 11, 2020
Verified Purchase
Well written. Truly enjoyable. I can relate to the thrill and angst faced by the girls...I'm a live venue soundman. Work with musicians and techs all the time. You did a very good job describing the joys and pains of touring and trying to maintain relationships long distance. Terrific job and totally recommend it for very good reading!
Read more
Helpful
Report abuse

Amazon Customer
5.0 out of 5 stars What Cinnamon deals with
Reviewed in the United States on April 20, 2021
Verified Purchase
Getting over a really bad break up, ending up with nothing, her car is acting up, her identity was stolen, her brother's attempt to house flip, flopped, and it was her house. Things only started to look up when she met the contractor who she hired to fix her house, and he fixed her heart as well
Read more
Helpful
Report abuse

Darlene Hanna
5.0 out of 5 stars Cinnamon
Reviewed in the United States on September 2, 2020
Verified Purchase
It's really hard to let go of feelings when you have been hurt in so bad. This happens in real life to only we don't get the handsome, patient and caring person that books give you.
Read more
Helpful
Report abuse

Kathy R. Gann
5.0 out of 5 stars Hilarious
Reviewed in the United States on May 29, 2020
Verified Purchase
Can’t wait to read the next one!
Read more
Helpful
Report abuse

Kris Anderson, The Avid Reader
TOP 1000 REVIEWERVINE VOICE
4.0 out of 5 stars Cinnamon's story! The fifth book in series!
Reviewed in the United States on October 13, 2019
Cinnamon’s Courageous Heart by Ryan Jo Summers is the fifth book in The Sweethearts of Country Music series. Cinnamon Chadwick regrets letting her brother, Nick touch her house. Nick claimed he could handle the work after watching HGTV shows. He has left her farmhouse a wreck and now she needs to call in a contractor. Cinnamon hires Silas Black who understands what she wants in her home. Silas is not a country music listener, so he is unaware of the Lipstick Outlaws. Cinnamon is attracted to Silas, but she is afraid to risk her heart. Can Silas break down the walls surrounding Cinnamon’s fragile heart? Cinnamon’s Courageous Heart is a charming story. I thought it was well-written with a steady pace. I quickly devoured this book. Cinnamon appears to be a strong, brave woman, but she is really fragile. Her trust needs to be earned after she was burned by her ex-boyfriend. I liked the interactions between Maddie and Cinnamon. Silas is a handsome man with a heart of gold, and he did a wonderful job on Cinnamon’s farmhouse. I like the addition of the animals in the story (horse, cat and dog). It was interesting to learn about the app that will allow Cinnamon to watch her cat, Jasper at the kennel (interact with him). There seems to be an app for everything these days. I suggest you read The Sweethearts of Country Music series in order. It allows you to get to know each lady in the Lipstick Outlaws as well as Val, their families and the special someone in each of their lives. I am eager to read Mac’s story. Cinnamon’s Courageous Heart is an enticing romance with country refrains, bus bedlam, Skype sessions, and a fabulous fiddle.

*I voluntarily read an advanced copy of this book. I am not required to leave a review. The comments and opinions expressed are strictly my own.
Read more
Helpful
Report abuse

razee
5.0 out of 5 stars Cinnamon's Courageous Heart
Reviewed in the United States on October 4, 2019
Cinnamon Chadwick is part of an all-girl country band, the Lipstick Outlaws. This is their first year and they have had a great year so far. She plays the fiddle and banjo with the band. Cinnamon has a charming old farmhouse that needs remodeling and her brother thought after watching HGTV remodeling shows, it would be easy. Now she has a house that is demolished and needs to hire someone to fix what her brother destroyed. She hires Silas Black. He has been remodeling cookie cutter homes and is thrilled to do this job fixing her farmhouse. She is touring a lot over the next couple months and he is to have it done by the time she is done with the third tour. He couldn’t believe how quickly he had feelings for her but she needed to learn how to trust again. He knew he would have the patience for it as he knew it would be worth the wait in the end.
Read more
Helpful
Report abuse
See all reviews
Back to top
Get to Know Us
Make Money with Us
Amazon Payment Products
Let Us Help You
EnglishChoose a language for shopping. United StatesChoose a country/region for shopping.
© 1996-2021, Amazon.com, Inc. or its affiliates