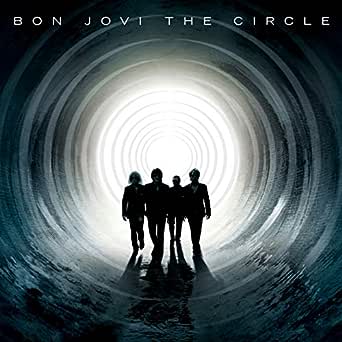 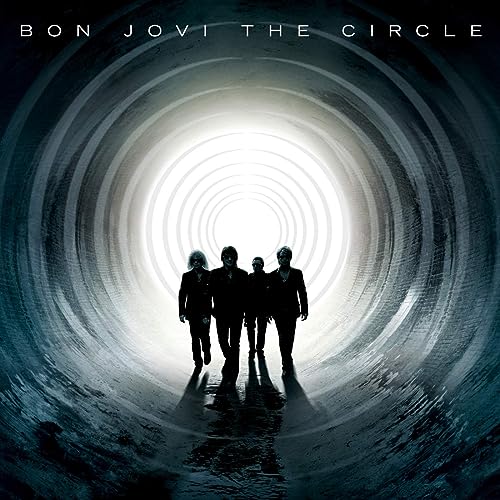 4.4 out of 5 stars
4.4 out of 5
153 customer ratings
How does Amazon calculate star ratings?
Amazon calculates a product’s star ratings based on a machine learned model instead of a raw data average. The model takes into account factors including the age of a rating, whether the ratings are from verified purchasers, and factors that establish reviewer trustworthiness.
Top reviews

Sheila Marie
5.0 out of 5 stars Why Bon Jovi is Beautiful
Reviewed in the United States on May 8, 2014
Verified Purchase
Bon Jovi delivers in this release from 2009 titled - The Circle. Well arranged and certainly well written music. "Love's the Only Rule," certainly comprised of such caliber to make any long-time Bon Jovi listener quite proud of how the band has maintained their unique and tantalizing sound while growing and maturing before our very eyes. It should always have been about the songs (not the length of the lead singer's hair, as Jon would be gorgeous even with a shaven head), and this compilation of songs proves just that - this band rocks - and why? Well, because they can! It is evident that much time and effort is taken to craft their music and furthermore, the creativity, passion and dedication Jon utilizes to produce and approve merchandising and promotional materials for an album release point clearly to the fact that Jon and the band not only value their fans and listeners, but also actually respect them (us). Thank you to the Brotherhood for the The Circle - a Bon Jovi release that brings home the best of why Bon Jovi is still rockin' millions of faces around this globe - and at the top of their game (last 3 tours announced as Billboard's top grossing world tours) - thirty years, and the original Jersey boys still very much - "...got it goin' on!"
Read more
One person found this helpful
Helpful
Comment Report abuse

EA~
4.0 out of 5 stars BonJovi - still rocking on!
Reviewed in the United States on March 6, 2010
Verified Purchase
I have been wanting to see Bon Jovi live for a long time. Finally got a chance to see them at a filled-to-the-roof, beyond packed house at Staples Center in L.A. Floor seats were amazing! (Note to S. Gage- sorry you missed it buddy!)

Bon Jovi were promoting this album and played "We weren't born to follow," "When we were beautiful," "Work for the Working Man," "Superman Tonight," and a slew of other hits from their previous albums. Plain and simple, Bon Jovi has transcended decades like very few other bands have. He said it himself, "This isn't 1984 anymore, it's 2010. And its unbelievable that we're still packing joints like this!" And that's a testament to their music. I had only downloaded "We Weren't Born to Follow" when amazon offered it for free. But 2 days after the concert I came back and go the whole album. Though it's not Bon Jovi's greatest, it is still a great Bon Jovi.

Maisambob
5.0 out of 5 stars Awesome
Reviewed in the United States on December 5, 2015
Verified Purchase
I love, love, love Bon Jovi. I went to this tour and it was everything I could have imagined. Great music on this CD.
Read more
One person found this helpful
Helpful
Comment Report abuse

Marietta Gomez
5.0 out of 5 stars Five Stars
Reviewed in the United States on February 13, 2018
Verified Purchase
I love the songs on this CD, had to add it to my collection!
Read more
Helpful
Comment Report abuse

morag czaharyn
5.0 out of 5 stars good
Reviewed in the United Kingdom on February 24, 2019
Verified Purchase
I like this cd.
Read more
Helpful
Sending feedback...
Thank you for your feedback.
Sorry, we failed to record your vote. Please try again
Report abuse

Kathy Kennedy
5.0 out of 5 stars Great music!
Reviewed in Canada on December 10, 2011
Verified Purchase
We are so enjoying this CD, our entire family listens to it.
As well fast delivery service which is an added bonus.
Thanks
Read more
Helpful
Sending feedback...
Thank you for your feedback.
Sorry, we failed to record your vote. Please try again
Report abuse