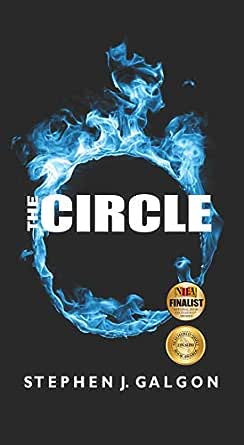 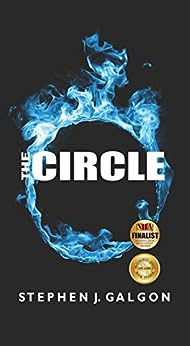 "Stephen J. Galgon's The Circle is a unique psychological thriller that tantalizes readers with suspense while compelling them to question progressive society and whether they could kill to survive."
- IndieReader.com

"The Circle was one of those can't-put-it-down kind of books that kept me flipping pages well into the night... [with] the rapid progression and intense appeal of the ever-popular Divergent and The Hunger Games, [The Circle] is laced with enough realism to plant the seed of fear -- or at the very least, mild suspicion -- in any reader now overanalyzing the world outside the book. Galgon brings to life a protagonist we can all root for and pity, a man whose background we can relate to but whose future we can only pray we never see. Highly recommend for any thrill-seeker or mystery lover!"
- Shanna O'Mara, The Navesink Journal

IMAGINE YOU HAD ALL THE MONEY YOU EVER WANTED at the push of a button. The power to control law enforcement, politicians at the highest levels, the judicial system as a whole. To have what you want when you want it, whatever it is. All you have to do is kill someone . . . before someone kills you.
MEMBERS of THE CIRCLE don't have to imagine such a life. They live it. The liberation of being both hunter and hunted. The salvation that comes with such freedom. A chance to feel truly alive. A chance to savor each precious moment. Because in THE CIRCLE any moment could be your last.
DOUGLAS GOODWIN isn't rich. He isn't powerful. What could the sacred society of THE CIRCLE possibly want with him--just a regular guy with a regular job leading a regular life? What would drive them to coerce a young man who has always valued integrity over hedonism into their midst? And why would Doug agree to submersion in a world of secrecy and murder? It's unthinkable.
THE HARSH REALITY? Doug has been inducted into an institution where friends become enemies overnight, loyalty is a nothing more than a punchline, and conscience is a burden. Where he will be hunted and expected to hunt other members to their death. With no escape from THE CIRCLE's ubiquitous influence and domination.
HOW FAR WILL DOUG GO? How much will he sacrifice to preserve his way of life? Will he be swayed by the money, the women, the power? Or will THE CIRCLE consume him, as it has hundreds of others before him, and leave nothing but another nameless corpse in its wake?

Stephen J. Galgon began his writing journey at Fairleigh Dickinson University where he received his bachelor's and master's degrees. He began writing the manuscript for his first novel, The Circle, in 2007 while working as a middle and high school teacher and promised his wife it would be published before he turned 40. In 2019, one week before his 40th birthday, The Circle was published making good on his promise.

When he's not writing, reading or teaching, Steve works as a volunteer for the National Brain Tumor Society. Steve and his wife are raising their three daughters in New Jersey where he is currently at work on The Circle's exciting sequel.
Read more