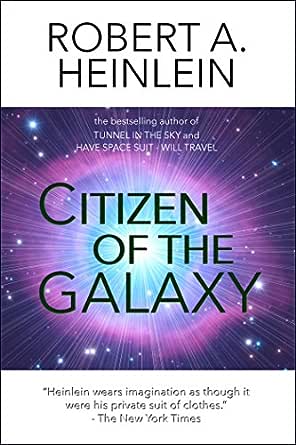 You've subscribed to Heinlein's Juveniles! We will preorder your items within 24 hours of when they become available. When new books are released, we'll charge your default payment method for the lowest price available during the pre-order period.
Update your device or payment method, cancel individual pre-orders or your subscription at
Your Memberships & Subscriptions
There was an error. We were unable to process your subscription due to an error. Please refresh and try again. 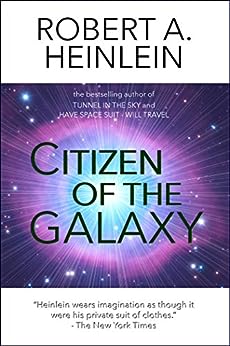 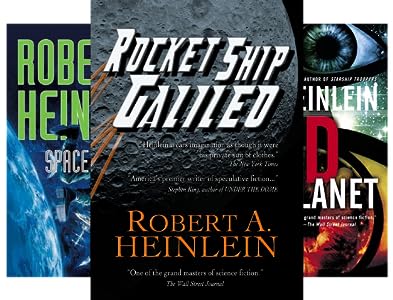 Like many people, I go way, way back with Heinlein. My very favorite book (and one that stands out in my mind--and with much affection--to this day) is Tunnel in the Sky. I really, really wanted to go off to explore new worlds with a covered wagon and horses, like the hero does at the very end of the book. But one of the nice things about Robert Heinlein is that he's got something for everyone. One of my best friends has a different favorite: Podkayne of Mars. Go figure.
--Shelly Shapiro, Executive Editor --This text refers to the hardcover edition.

SLAVE: Brought to Sargon in chains as a child -- unwanted by all save a one-legged beggar -- Thorby learned well the wiles of the street people and the mysterious ways of his crippled
master . . .
OUTLAW: Hunted by the police for some unknown treasonous acts committed by his beloved owner, Thorby risked his life to deliver a dead man's message and found himself both guest and prisoner aboard an alien spaceship . . .
CITIZEN: Unaware of his role in an ongoing intrigue, Thorby became one of the freest of the free in the entire galaxy as the adopted son of a noble space captain . . . until he became a captive in an interstellar prison that offered everything but the hope of escape! --This text refers to the hardcover edition.

''Science, mystery, and strong ethical concepts give the book sure appeal to devotees of science fiction.'' --Saturday Review

''Sometimes satirical, probingly provocative, this is a characteristic Heinlein off-the-ground mirage, with the protagonist encountering the values of a free society, weighing the worth of the individual.'' --Kirkus Reviews

Robert A. Heinlein, four-time winner of the Hugo Award and recipient of three Retro Hugos, received the first Grand Master Nebula Award for lifetime achievement. His worldwide bestsellers have been translated into 22 languages and include Stranger in a Strange Land, Starship Troopers, Time Enough for Love, and The Moon Is a Harsh Mistress. His long-lost first novel, For Us, the Living, was recently published by Scribner and Pocket Books. --This text refers to an out of print or unavailable edition of this title.
Read more