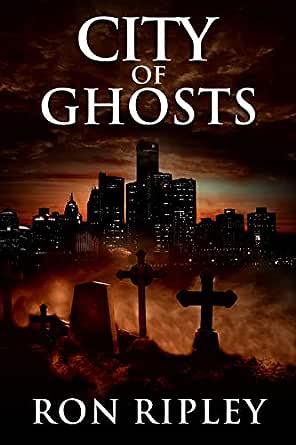 You've subscribed to Death Hunter Series! We will preorder your items within 24 hours of when they become available. When new books are released, we'll charge your default payment method for the lowest price available during the pre-order period.
Update your device or payment method, cancel individual pre-orders or your subscription at
Your Memberships & Subscriptions
There was an error. We were unable to process your subscription due to an error. Please refresh and try again. 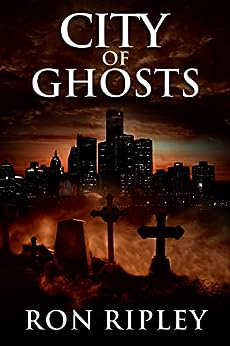 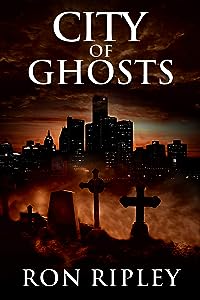 5.0 out of 5 stars
5 out of 5
28 customer ratings
How does Amazon calculate star ratings?
Amazon calculates a product’s star ratings based on a machine learned model instead of a raw data average. The model takes into account factors including the age of a rating, whether the ratings are from verified purchasers, and factors that establish reviewer trustworthiness.
Top Reviews

Amie McGill
5.0 out of 5 stars More Shane Ryan? Yes Please!!!
Reviewed in the United States on August 6, 2020
Verified Purchase
Fans of previous series with Shane Ryan heavily featured will be very pleased with this book! He's on his own and as deadly as ever! Shane is on a mission to discover who is responsible for the death of his friend, the "one that got away" so to speak. The streets of Detroit are mean but so is Shane and he's out for vengeance! I'm so excited for more of my favorite character!!
Read more
Helpful
Comment Report abuse

Amazon Customer
5.0 out of 5 stars Great Read as always
Reviewed in the United States on August 6, 2020
Verified Purchase
Loved this new book featuring my favorite character, Shane Ryan! I have read the Berkley Street, Moving In, Haunted Collection series and I always am excited when he pops back up. I get so enveloped in Ron Ripley's writing that I can read a book in 2-3 days. Always looking forward to another adventure with Shane. Would be awesome to see a movie adaptation!
Read more
Helpful
Comment Report abuse

Cindy
5.0 out of 5 stars Ron Ripley is the best
Reviewed in the United States on August 6, 2020
Verified Purchase
I love ron Ripley. I've always been a Stephen King girl but he has one me over. His characters are endearing and his story telling is addictive. I especially love shane Ryan. Great new book
Read more
Helpful
Comment Report abuse

tara horan
5.0 out of 5 stars Shane is BACK!!!
Reviewed in the United States on August 4, 2020
Verified Purchase
Ron does it again just finished the newest book and can't wait for the next one! Please enjoy and get hooked on Shane Ryan
Read more
Helpful
Comment Report abuse

Mallory A. Haws: The Haunted Reading Room Reviews
5.0 out of 5 stars Thrilling, Engrossing, Supernatural, new Series
Reviewed in the United States on July 27, 2020
Wow! The very first in a brand new series from prolifiand talented horror author Ron Ripley, CITY OF GHOSTS reintroduces a frequent and favorite character, former two-decade Marine and speaker with ghosts, Shane Ryan of Nashua, New Hampshire. Shane is, at times, a Ghost Hunter, and all too frequently, a sort of maximized vigilante. Think the Charles Bronson character in the Death Wish film series, multiplied a few thousandfold. Shane is an intriguing individual, in some ways more human in this novel than previously.

A pair of former Marines, a married couple, are unaccountably murdered in Detroit, with no trace evidence found, just after the wife (Shane's long-ago lover) emailed Shane for help tracking a series of deaths (including homicides) and stolen haunted artifacts.

I raced through this exciting novel in one thrilled sitting. Yes, gore, yes, violence; but so compelling. I'm on tenterhooks for the next in Series.
Read more
One person found this helpful
Helpful
Comment Report abuse

David A. Bates
5.0 out of 5 stars Shane is back. There will be blood.
Reviewed in the United States on August 5, 2020
When I found out that Ron Ripley had a new series coming out, my heart went pit-a-pat. When I found out that the main character was Shane Ryan, my hear nearly burst from my chest. My reactions were spot on if this first book of the series is any indication of how the rest of them will be. Shane travels to Detroit to hunt down a pair of men (one dead and one alive) who are in the process of acquiring haunted items, and the ghosts couples with them, for a mysterious person who wants them for a mysterious reason. You know that if Shane Ryan is involved, there will be blood. Oh yes, there will be blood.
I cannot say enough about how good this book is. It is among Ron Ripley's best so far and I cannot wait to read the rest of the series.
Read more
Helpful
Comment Report abuse

MasterI-Gray
5.0 out of 5 stars SHANE IS BAAAAACKKKKKK😀👻
Reviewed in the United States on July 31, 2020
Shane Ryan is back, his character grown up in the Berkley Street Series, now in this new story. I miss Shane a lot.

In this story a more mature character, more centered and more than a glimpse of Shane. As always, Shane, in search of the culprit who kill a friend, Shane's always a faithful friend.

I received this book as an ARC member and this is my honest review.
Read more
Helpful
Comment Report abuse
See all reviews from the United States