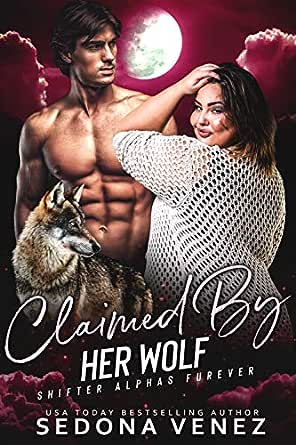 You've subscribed to Shifter Alphas Furever! We will preorder your items within 24 hours of when they become available. When new books are released, we'll charge your default payment method for the lowest price available during the pre-order period.
Update your device or payment method, cancel individual pre-orders or your subscription at
Your Memberships & Subscriptions
There was an error. We were unable to process your subscription due to an error. Please refresh and try again. 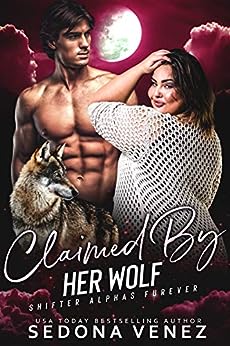 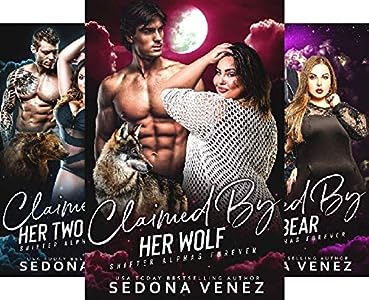 Patti Dinger
5.0 out of 5 stars A great collection
Reviewed in the United States on March 28, 2020
Verified Purchase
I love when authors put together a collection and release it for us. These stories are all about shifters and their mates.
Everyone should always have a love of their life and all of the shifters found theirs.
Enjoy !
Read more
Helpful
Comment Report abuse

Bookworm81
4.0 out of 5 stars A Quick read
Reviewed in the United States on February 26, 2019
Verified Purchase
The stories went quickly. Each one was very different from the next. They weren't all worth the read but overall worth finishing.
Read more
One person found this helpful
Helpful
Comment Report abuse

Kindle Customer
5.0 out of 5 stars Sunshine and roses/not.
Reviewed in the United States on April 2, 2020
Verified Purchase
Strong women drawn to shifter men, the characters in these stories are very good and the stories keep you reading.
Read more
Helpful
Comment Report abuse

Kindle Customer
4.0 out of 5 stars Full figurer
Reviewed in the United States on April 5, 2019
Verified Purchase
I love it when there are stories about plus size women and the sexy men that fall for them. I snap up all the books I can about them. Thank you for writing about these wonen.
Read more
Helpful
Comment Report abuse

Dana Busenbark
4.0 out of 5 stars This anthology ends on a real high note! :)
Reviewed in the United States on March 22, 2019
Furever Yours - Who is Jade? Where do we find her headed to? What does she do for a living? Where does she live? Who is Dawson? How does he meet Jade? The chemistry between the two is palpable from the start. I loved his reassurance when a few wolves are spotted nearby. This was an unexpectedly fun read! Enjoy it.

Happily Ever Alpha - Who is Arya? Where is she and what happened that got her there? Who are Lucas, Eve, Kellan, and Amelia? Who are the Hunters? What do we learn? What happens when a huge fight breaks out? What does Arya do? What is the outcome? Read and find out!

Broken Moon - We start out meeting Harley at a bar. Who is he? What does he do for a living? Who are Amelia and Jocelyne? While this book was a tense read through most of it, the end had me laughing. That was completely unexpected?

Wild Things - Who is Senna? Where is she going? How is she getting there? Who are Ottway Venn and Gabriel? This story is full of the desert, aliens, shifters, and royalty. There is a lot of political intrigue going on in this book. What was actually happening and who was behind it was a shock! Can Senna survive and get an HEA? Read and see...

Wolf Bite - Who is Cadence? Who is Laura and where are the ladies at? How do they know one another? Who is Grayson? Boy, I'd love to have him in my life!!! Who is Drake? What does he want with Grayson? Who is Rogue? Where is he from? Who are Tyler and Alex and what do they have to do with all of this? I loved this story! I wish I could give it more than 5 stars!

RECEIVED THIS BOOK AS A GIFT FOR A FAIR/HONEST REVIEW and REVIEWER FOR Bloggin' With M. Brennan.
Read more
Helpful
Comment Report abuse

grammatoni
5.0 out of 5 stars Claimed by Her Wolf - (Shifter Alphas Furever Book 1)
Reviewed in the United States on February 11, 2019
This is a series of stories with wolves. I enjoyed all but especially found this one fascinating.

Happily Ever Alpha---Arya is standing before a grave where her parents bodies are being buried. She was spared only because she was spirited out of the house while rebels butchered her parents. Her aunt, her mother;s sister, comes to the funeral and takes her back with her to her small farm. There she learns to help around the farm. One day while getting water she drops the bucket into the well after being startled by a male;s voice. Lucas takes a liking to Arya and starts to spend time with her. In the meantime the howls, yips and growls seem to increase until she decides to find out what;s in the woods. There she finds a maze that takes her to a village where wolf shifters live. Kellan and her are drawn together and the mate bond begins. But Arya isn;t sure she believes in it much less wants to give up her family and friends. But the wolves are being hunted and Arya is being slowly drawn into the middle even though she doesn;t realize it. Then a war breaks out between humans and wolves which brings many surprises especially for Arya.

All are fantastic stories to read!!

Kristen Lewendon
5.0 out of 5 stars I want to know even more about the worlds the author has created
Reviewed in the United States on February 10, 2019
Furever Yours
This cute little holiday shifter story was a ton of fun to read. When Jade visits her grandparents for Christmas, Dawson becomes an unexpected bonus for the holidays. But there are consequences to spending time with him that she hadn’t counted on. I found it to be a very quick story, and there are some events that happen in the middle that get a bit glossed over. However, the pair getting to know each other and the resolution at the end get good page time.
Happily Ever Alpha
There’s a lot going on in this story. I found that it was sometimes frustratingly difficult to keep track of which direction the plot was going at any given time. I quite enjoyed the characters. Arya, Kellen, and Lucas are all complex. And even though it wasn’t a great surprise when the “bad guy” is revealed, the next steps in the story make sense to achieve the happy ending we get.
Broken Moon
I seem to read too much of this author’s work this way, picking up the series part way through. This was a really fantastic blend of romantic suspense with the paranormal. Mix in some military special forces and this may just be the recipe to my Nirvana. Harley and Jocelyn are both strong, independent characters, but they’re able to work well together when the chips are down. The story itself may not be a cliff-hanger, but the overall story arc has me biting my nails waiting to learn if they’re able to end Justice.
Wild Things
This book was such a wonderfully unexpected blend of genres and themes: shifters, aliens, deserts, and dystopian societies, mixed with political intrigue, middle eastern pageantry, and romance. Senna’s about to be sold into a marriage she wants nothing to do with. While Gabriel, the man her heart desires, has no power to save her from this fate worse than death. Or does he? The story started a little slowly for me, but once it got going there was not stopping it
Wolf Bite
This book has all the qualities I love best in urban fantasy: a modern setting that feels like you could walk into it any day of your life with believable magic making it so much more than the ordinary. This story takes it the next step in “my favorite things” and pulls in the humor as well; a snarky, sarcastic, biting wit that left me howling in laughter at times. I want to know even more about the world the author has created in this book. I loved Grayson and Cadence and now I want to read stories about her brothers and the rest of the pack members they know.
I received a complimentary copy of this book through Booksprout.
Read more
Helpful
Comment Report abuse
See all reviews

doggymum3
5.0 out of 5 stars Exciting
Reviewed in the United Kingdom on April 3, 2020
Verified Purchase
Fast paced and full of action this is the perfect book for you when you want a bit alpha shifter and feisty female character with an added dose of magic to finish it all off
Read more
Report abuse

Chauffeur Sally
5.0 out of 5 stars Wolf Fest
Reviewed in the United Kingdom on February 6, 2019
Verified Purchase
A very good collection of full length stories. The second one was perhaps the weakest with rather too much waffle to start with, but once the author hit her stride it was quite satisfying. Overall this was great buy.
Read more
Report abuse
See all reviews