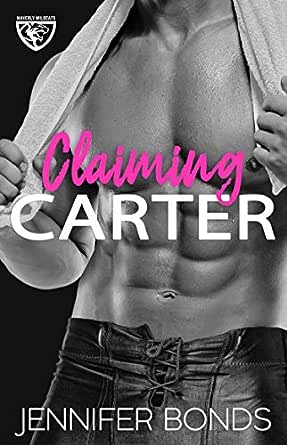 You've subscribed to Waverly Wildcats! We will preorder your items within 24 hours of when they become available. When new books are released, we'll charge your default payment method for the lowest price available during the pre-order period.
Update your device or payment method, cancel individual pre-orders or your subscription at
Your Memberships & Subscriptions
There was an error. We were unable to process your subscription due to an error. Please refresh and try again. 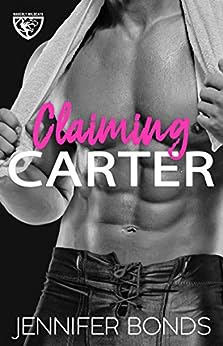 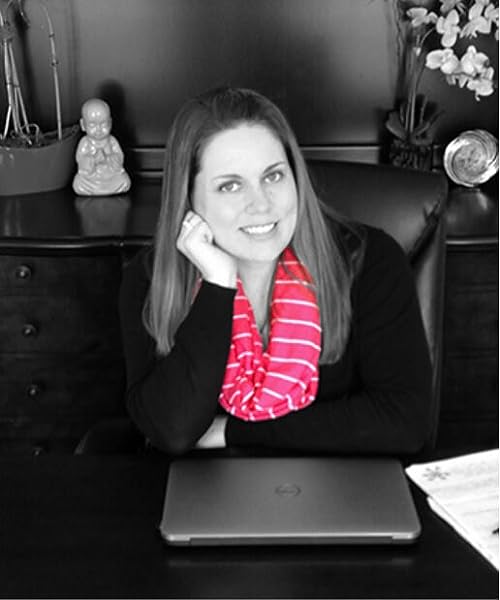 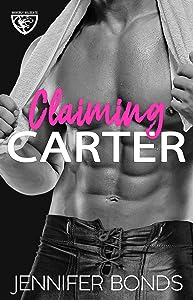 From the first page I was so engrossed that I couldn't put it down! I loved every minute of it and was hooting and hollering the whole time. --My Nose in YA Books

Captivated my attention instantly, leaving me no other choice but to devour in one sitting... I simply loved this story and can't wait to see what comes next in this series... --Mum.Reader.Dreamer.4Life

A great twist on a QB college romance full of heat, following your heart when the road gets tough and being there for each other no matter what. --World of Books65

Claiming Carter is not only fun with football, but is a beautifully written, original story that I couldn't get enough of. HIGHLY HIGHLY HIGHLY RECOMMEND TO ALL! --Power of Three Readers

4.6 out of 5 stars
4.6 out of 5
72 global ratings
How are ratings calculated?
To calculate the overall star rating and percentage breakdown by star, we don’t use a simple average. Instead, our system considers things like how recent a review is and if the reviewer bought the item on Amazon. It also analyzes reviews to verify trustworthiness.
Top reviews

Clickity
5.0 out of 5 stars Not just because
Reviewed in the United States on January 10, 2021
Verified Purchase
I loved this book. Not just because it was well written, that the characters were fun and entertaining, and not just because the romance was "swoon worthy"... I loved this book because she was a mechanical engineering major that played soccer. The technical mechanical engineering parts didn't make me cringe, they were accurate... and the talk about soccer kicking techniques didn't make me want to throw my kindle across the room. I was incredibly grateful for all of that. Reading a book with a character that has defining characteristics that are your own can be a risk, mentally anyway (internal screaming at any inaccuracies). I was very grateful she did it right, and at the same time created a fun and entertaining book that I couldn't put down.
Read more
One person found this helpful
Helpful
Report abuse

Amazon Customer
5.0 out of 5 stars Amazing story
Reviewed in the United States on February 3, 2021
Verified Purchase
Great story! Guy was literally a dream guy. Girl was so bad ass and smart. Love having stories when you’re not yelling at the main characters. There is a little heart break but the characters are so justified and the author wrote it perfectly in my opinion.
Read more
Helpful
Report abuse

Jeraca
4.0 out of 5 stars Love this story and these characters!
Reviewed in the United States on October 19, 2020
I received this free eARC novel from the author and Wildfire Marketing Solutions. This is my honest review.

This book was so great! I honestly wasn't expecting to love it so much, but from the first page I was so engrossed that I couldn't put it down!

Kennedy is amazing. Not only is she defying all odds by being a woman involved in STEM, but she also decides to be the kicker on the school's football team? Both of these are super intense roles to be in, and Kennedy does it with, what seems to be no problems. She's a beast and she's awesome!

Austin has a lot of pressure being the captain of the team and also following in his dad's footsteps. He's definitely a father figure to his teammates and acts so much older than he really is.

Seeing these two ignore the attraction between them and having a slow burn romance was so great and so realistic. I loved every minute of it and was hooting and hollering the whole time.

I'm so glad I got the chance to read this book and I'll be on the lookout for more by this author!
Read more
2 people found this helpful
Helpful
Report abuse

"We've been on a collision course since you told me you'd rather streak across campus than play ball with me."

Austin Reid is the star quarterback for the Wildcats and his kicker has just broken his leg. It's his senior year before the NFL draft and he's desperate to make sure that his college finishes on top. So desperate that he looks to the women's soccer team to find a replacement kicker. When his eye zones in on Kennedy Carter and her fantastic leg, he knows that she's the one.

"Just one kiss. One taste of the forbidden fruit. We'll get it out of our systems and move on."

Kennedy has no interest in football players in any shape or form. She learnt the hard way to mistrust them. However, the undeniable lure of a full scholarship has her trying out for the popular football team. A talented kicker, she only has her eye on the prize - to graduate with as little debt as possible and place in a top engineering firm. She can't afford any distractions, especially in the form of the dimpled, cocky QB.

"I don't want to go another day without her sexy, STEM-loving nerd power in my life."

Ooh, I really enjoyed this story. There was a slow-burn start as Kennedy struggle to gel with the team, mainly due to her own hang-ups about football players. She was determined to think the worst of them, especially Austin. However, the chemistry between them was irresistible and when Austin proposes a TWB (teammates with benefits) arrangement, she finds it impossible to turn him down. I loved the development in their relationship - the trust they built, their connection, and the support they showed one another. I felt that their relationship evolved naturally into something that they were both heavily invested in. They each struggled with personal things and the pressures put upon them, but I loved how Austin refused to give up on Kennedy. I loved how they made each other stronger and their feelings gave them courage to follow their dreams. This was a heartfelt, sexy read. The tension between Kennedy and Austin was really taut and scorching! Thoroughly enjoyed this book and looking forward to the next one in the series.
Read more
Helpful
Report abuse

Brittney
4.0 out of 5 stars Sport Romance where the h is on the team with the H
Reviewed in the United States on October 19, 2020
Claiming Carter by Jennifer Bonds

Waverly Wildcats Book 1
Austin- Quarterback, captain of the football team, Son of a NFL Star has all the pressure on his shoulders to lead his team to national championships. With now Having to find a new kicker to replace the one that was injured. He goes to the women’s soccer team to poach a great kicker, when he find Kenndey Carter.
Kenndey Cater- daughter of a washed up nfl player that formed her views on Football player. She is no jersey chaser she the opposite. When Austin approached her and asks her to try out she instantly turns him down. But when he tells her she could get a full scholarship vs her half scholarship with soccer that is a different story. This full scholarship could not only help her but her mom as well.

Blurb
Quarterback Austin Reid’s got it all—talent, looks, women. The only thing missing? A national championship. Something he intends to rectify. With his kicker laid up and the university’s home opener in three weeks, he’s not above poaching talent from the women’s soccer team. Or recruiting a sassy, STEM-loving brunette who wants nothing to do with football or him.

Kennedy Carter is no jersey chaser. Hell, she doesn’t even like football players. They’re all swagger and no substance. Guys who like to play games on and off the field? Hard pass. She knows exactly how those stories end. But when Waverly’s sexy quarterback dangles the prospect of a full scholarship under her nose, it’s game on.

Sparks fly and the more time they spend together, the harder it gets to fight the sizzling attraction. Austin’s always done what’s expected of him, but when the clock runs out, he’ll have to decide what’s more important: fulfilling his legacy or following his heart.