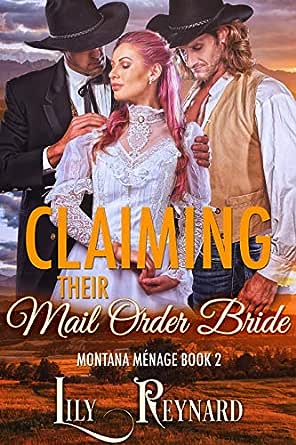 You've subscribed to Montana Ménage! We will preorder your items within 24 hours of when they become available. When new books are released, we'll charge your default payment method for the lowest price available during the pre-order period.
Update your device or payment method, cancel individual pre-orders or your subscription at
Your Memberships & Subscriptions
There was an error. We were unable to process your subscription due to an error. Please refresh and try again. 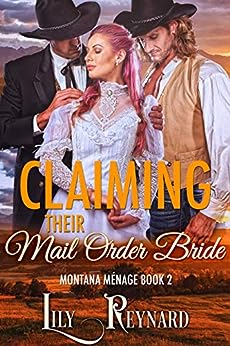 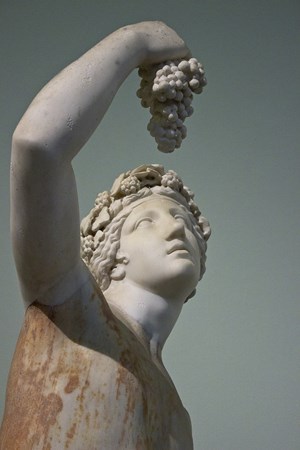 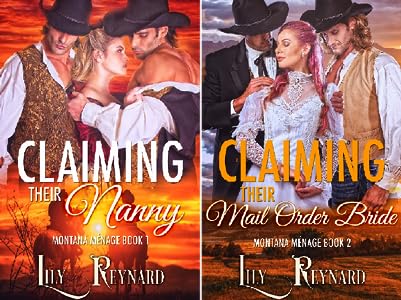 For free stories and bonus materials, news about upcoming releases, and special promotions, please sign up for my email list by copying and pasting the following into your browser navigation field:  eepurl.com/dGT2CnFor other stories, please visit my Amazon Author Central page: amazon.com/author/lilyreynardI am currently hard at work on my next story, putting my history degree to a use that would make my professors blush!  Montana Ménage:Fairmount Chronicles (18th Century England):Skatha Chronicles (Roman Empire in the First Century AD)Standalone Novels:

CatLady
4.0 out of 5 stars Recommended for anyone looking for a western with two heroes
Reviewed in the United States on August 25, 2020
I would definitely recommend this book. I liked this author's writing style and enjoyed every minute of this book. After Sarah arrives on the ranch and intents to marry both Larkin and Walt, Larkin is not convinced of the plan to marry so Sarah and Larkin spend some time building their individual relationship. Walt and Sarah also get some time alone. I really enjoyed that Sarah had a strong relationship with both men and the three of them together were a great fit. Not only is the romance worth the read, the friendship between Walt and Larkin adds a great depth to the story. This is book that keeps you entertained from page one!

Sue B
5.0 out of 5 stars This is a wonderful read; the story simply holds you from start to finish
Reviewed in the United States on August 25, 2020
Sarah Franklin had been running from her father that was only to happy to sell his only daughter so that it covered an outstanding gambling death by selling her to a detestable man a Mr Burgess so she had done the only thing she could she had run that very night.
On the train Sarah had met another single woman Liza Hunter travelling to meet her two prospective husbands, she had been so looking forward to starting her life with them both she was from a farming background so knew all about hard work and everything involved with caring for a farm and the animals on it.
As they had travelled out Sarah had known that it was essential her family did not find out where she was otherwise, she would have to marry the despicable Mr Burgess and this was a fate worth than death in her eyes. However, when a sudden death to her travelling companion she had adopted her name and after much pleading by Liza had gone on to meet both Walt and Larkin with a mind to marry if they were able to get along, however there were some rocky moments.
This is a wonderful book and I guarantee that once you begin reading this book you will not be able to put it down it is a captivating read.
I voluntarily received and review an Advanced Reader Copy
I thoroughly enjoyed the book and look forward to reading any future publications; keep up all the great writing.
Read more
Helpful
Comment Report abuse

duelalias
5.0 out of 5 stars Great storyline
Reviewed in the United States on August 26, 2020
This is interesting, suspenseful and romantic. When her father trade her for his debt to a Boston crime lord, Sarah quickly packed a bag and ran away. She took a train west and while on the train she met Eliza, a young woman on her way to be married, to two men. Unfortunately, less than a day from their destination, Eliza suffers an attack and dies. But before she dies, she tells Sarah to take her place. Not having a better plan, she does. She meets Walt, one of the bridegrooms, at the station, and goes home with him, to the shock of his best friend Larkin, who lives with Walt, but knew nothing about her. Walt's ecstatic to have her there, Lark is not. Walt leaves them alone for a few days, hoping Lark will change his mind about her living with them. Lark is suspicious about her, but he finds he's falling for her anyway. The tension between the men and the fear of being found have Sarah rethinking things. It's a story that grabs your attention and keeps you turning the pages until the end.
Read more
Helpful
Comment Report abuse

Mozzy
5.0 out of 5 stars A slow burn but well worth reasing
Reviewed in the United States on August 25, 2020
Sara Franklin has run away from home because her father has given her to another to pay off his gambling debts. On the train she meets a young women by the name of liza whom she befriends, but before they get to where they are going Liza dies but tells Sarah she should trade places with her and start a new life with the two men. However when Sarah finally gets to meet Walt there is instant attraction, but when she gets back to their cabin she finds that Larkin isnt on board with it all.
Sarah decides she will stay with them both for two weeks and in that time she gets to know both men, but what happens when her past catches up with her?

Im not usually a fan of slow burn, but i really enjoyed this story, i just loved the way this author as put a bit of humor ijnto it, it was great.
5 stars
Read more
Helpful
Comment Report abuse

Marybeth
4.0 out of 5 stars The mail order bride
Reviewed in the United States on August 25, 2020
Sarah has left Boston to escape from marriage to a notorious criminal. She decides to get a train ticket and leave. She meets Liza who is going to Twin Forks to get married, to two men! Larkin and Walt have been raised as brothers. Walt's parents took Larkin in when they discovered how he was being beaten all the time by his da. After his parents die, he decides that he wants a wife and family so he gets a mail order bride. When Liza dies from a heart condition caused by scarlet fever, Sarah decides to take her place. Sarah soon discovers that she really likes these two men and she tries to find a way to tell them who she really is. The love story between these three is quite compelling.

Bonnie T.
5.0 out of 5 stars Historical steamy romance
Reviewed in the United States on August 26, 2020
As the title explains, this book is about a mail order bride traveling west to marry two ranchers. While it sounds scandalous, it was apparently not uncommon in the old west, where men outnumbered women, to experience marriage to more than one man. That said, when I began reading this book, I recognized some things from a book I had read previously, but could not recall the name. I was more than excited to find that it was by Ms. Reynard, who is quickly becoming a favored author of mine. This book contained drama, action, romance and naturally, a happily ever after. I cannot wait to see what Ms. Reynard has in store for the rest of the folks in Twin Forks!

L. williams
4.0 out of 5 stars Sarah's journey
Reviewed in the United States on August 25, 2020
Larkin and Walt are best friends, they were raised together and they do everything together even share their women. Since they live in a town where there are very few women, Walt decides to take matters into his own hands and find them a wife. Ot good news for Larkin who has no intention of ever marrying. Turns out to be good news for Sarah though, who is escaping an abusive situation. There's a tragic switch on the train and suddenly she's a bride to two men. Except, when she gets there she may not even be a bride to one man until they can solve the conflict. This was a romance with two hot men and a beautiful, innocent woman. Spanking romance.