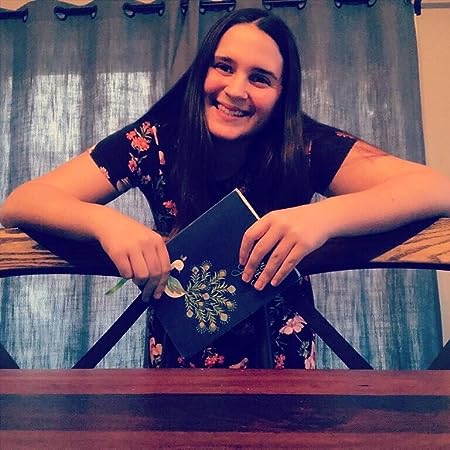 Hi, I’m Claire Burbank and I’m 15 years old. My books help children have good-time learning about bullying in a fun way. The books also teach lessons that help them develop coping skills and approaches to combat bullying at school and in life.

I always knew I had a passion for writing. In any free time I get, I think, “I want to write!”

There are three reasons I do:

1. It’s really fun to tell my own fictional stories with detail, drama and comedy.

2. I want to publish my books so the world can read them and enjoy them.

3. I want people to know the important issue of bullying but have a good time learning about it in a fun way (like Five Crows, Sassy Tomatoes, Bullying,Mo Lemont, Magically Acquainted and CBBC Volume One and Two).

While I’m not writing, I’m either playing basketball, acting, singing, doing homework, or playing on my iPad.

Now finally, I’ll talk about my writing career. Once Upon a time…Just kidding, who does that anymore? It all started back in third grade when I made a little book about bullying. (Available on iTunes, just search Claire Burbank…) It was about this girl named Amelda and she gets bullied. She gets teased about her appearance and how she was different from the others. I had watched many movies about bullying and had seen some people get bullied and didn’t even realize it. I wanted to make up for all of those times I didn’t stand up for the other person and those times I might have been apart of the teasing by writing a little book. It probably took me about ten minutes to write this little 7 paged picture book. I brought it to my classroom and showed it to my guidance counselor, who was the person it was dedicated to. She recognized my care for bullying and put it on the school website. When it was taken down for the next piece of news to be shown, I wanted people to keep viewing it. So, I decided to publish it along with the help of my dad and his many IT director friends. It was a long process, but we ended up publishing it on iTunes, and I wanted to keep writing. So, I decided to make and publish more books about bullying, realistic fiction or not so realistic fiction. I currently have published eight books: Bullying, CBBC (Claire Burbank Book Collection) Volume One, CBBC Volume Two, Five Crows, Sassy Tomatoes, Mo Lemont, Loop of Dreams and Magically Acquainted .

I have worked really hard on all of these books and if you choose to read them, I appreciate it. You will definitely learn about Bullying, empowerment and the importance of being yourself.

I love writing so much, I want to pursue it as a career. I hope you enjoy my stories! 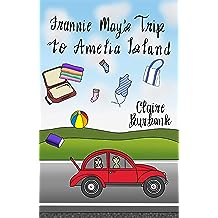 Frannie-May's Trip to Amelia Island Jan 26, 2021
by Claire Burbank , Claire Burbank, Roberta Thomas
( 2 )
$2.99
Frannie-May is a fourteen year old girl that just wants her February vacation to be entertaining. Little did she know her need for fun would soon be replaced by a need for calmness. Frannie, Winston, and Mary were surprised with a trip to Amelia Island one day, sparking excitement within them. Frannie's exhilaration was soon deflated when she discovered that her mom's boyfriend Joel would be attending the Florida trip with them. It would be an understatement to say that she did not admire Joel. She and Mary had to find a way to keep him from coming on the family trip whatever way possible. Winston and Joel's foolishness make Frannie's February vacation much more...let's just say interesting. Join this crazy family as they undergo a number of changes, mistakes, and ludicrous events while experiencing emotional connections along the way.
Read more
Other Formats: Paperback 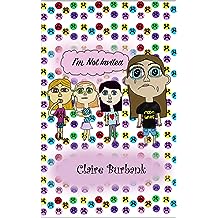 I'm Not Invited (Claire's Bullying Series Book 8) Jul 21, 2018
by Claire Burbank
( 2 )
$2.99
Amelia Maskin had never experienced drama in school before...until sixth grade. Amelia and her two best friends, Ellie and Reyna, had been best friends since kindergarten. They were super excited to finally be going into sixth grade, to be older kids. They weren't expecting it, but some new kids were coming into their grade to learn alongside them. One of the new kids, Baylee, became one of their best friends. One day, Baylee, Ellie, and Reyna started telling secrets to each other, excluding Amelia from their conversations. Amelia didn't know what she did wrong, so she asked the three what they were talking about and why they weren't including her. After lots of interrogation occurred, she finally figured out what their secret was. Baylee was throwing a birthday party and not inviting Amelia. She was very upset, and didn't know what to do. And to make things worse, Baylee said to Amelia that she didn't want to be friends with her anymore. This made Amelia even more confused, and Ellie and Reyna told her some more bad news. "What could get worse?" Amelia thought. That's when Baylee dropped the bomb. She told Ellie and Reyna that they had to choose between her and Amelia! Read to find out what happens next! 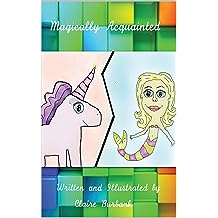 Magically Acquainted (Claire's Bullying Series (CBS) Book 7) Apr 13, 2018
by Claire Burbank
( 1 )
$2.99
Sky and Nora are mystical creatures on a whole new grade level. They are unprepared for what is coming up next. How could a unicorn and a mermaid go to the same school, you ask? You'll just have to find out. Sky is a unicorn and is very shy. She is bullied by a rude fairy named Felicia Dankie. She tries to make Sky look "uncool" which is the thing she most feared--or so she thought. She later found out that losing her best friend was the scariest thing she could ever know. Nora is a mermaid and is very outgoing. She runs into a catty seahorse that is very sassy. This seahorse pushes her limits and even makes the outgoing mermaid cry. Join Sky and Nora as they try to solve the problem by making potions, fooling the bullies, and just talking it out. What will finally make the bullies stop? Read and find out. 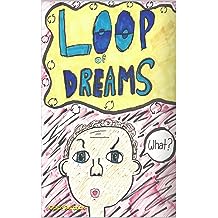 Loop of Dreams Mar 31, 2018
by Claire Burbank, Bill Burbank
$2.99
Loop of Dreams? More like Loop of NIGHTMARES! Jackson cannot escape the night, join him as he dreams and dreams and dreams about crazy adventures! From being Winter in May to having a psycho alien teacher? Join him as he solves the problems he created in his brain! Will he get out? Or will he be stuck in his brain forever? You’ll have to read to find out! 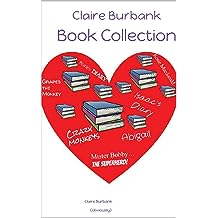 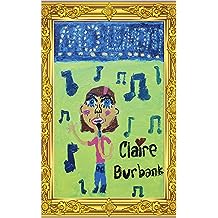 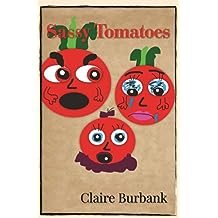 Sassy Tomatoes Mar 12, 2018
by Claire Burbank
( 1 )
$2.99
Sassy Tomatoes is a small chapter book about a tomato named Tina. The problem is that Tina is the only tomato that isn’t sassy. She feels like she doesn’t belong. But one day she gets swept up in a tornado and ends up in a huge town. She eventually meets a young girl tomato named Diva, and boy is she one! They both have to travel and try to find Tina’s home, and Diva is only doing it so she can get this stranger away from her home! Along the way they met a tomato named Lemur who helps them find the trails. See what happens when Tina, Diva, and Lemur go on an adventure. A sassy adventure.

Hi, I’m Claire Burbank and I’m twelve years old. I always knew I had a passion for writing. In any free time I get, I think, “I want to write!” There are two reasons I do:

It’s really fun to tell my own fictional stories with detail, drama and comedy.
I want to publish my books so the world can read them and enjoy them.
I want people to know the important issue of bullying but have a good time learning about it in a fun way (like Five Crows, Sassy Tomatoes, Bullying,Mo Lemont and CBBC Volume One and Two). 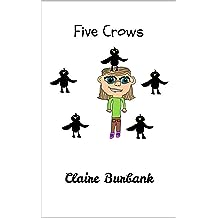 Five Crows Mar 1, 2018
by Claire Burbank
( 1 )
$2.99
Gale Kettle really loves crows, and she gets teased because she wants one. When Melvin, a bully, makes a bet for her to get one, she asks her mom and things get out of hand. Will she make up with Melvin or will they still be enemies? When one of them sees that crows are in danger, they have to save the crows. Will everything work out or will everything fall apart? Read and find out.

Hi, I’m Claire Burbank and I’m twelve years old. I always knew I had a passion for writing. In any free time I get, I think, “I want to write!” There are two reasons I do:

It’s really fun to tell my own fictional stories with detail, drama and comedy.
I want to publish my books so the world can read them and enjoy them.
I want people to know the important issue of bullying but have a good time learning about it in a fun way (like Five Crows, Sassy Tomatoes, Bullying,Mo Lemont and CBBC Volume One and Two).