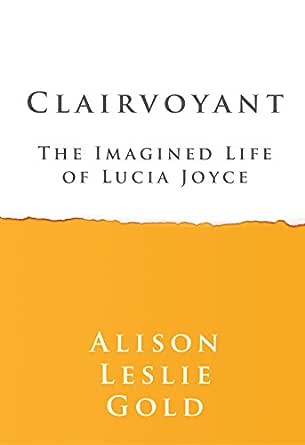 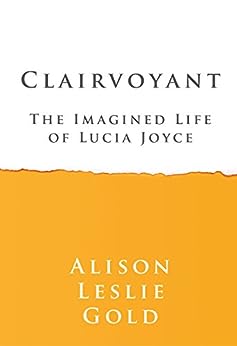 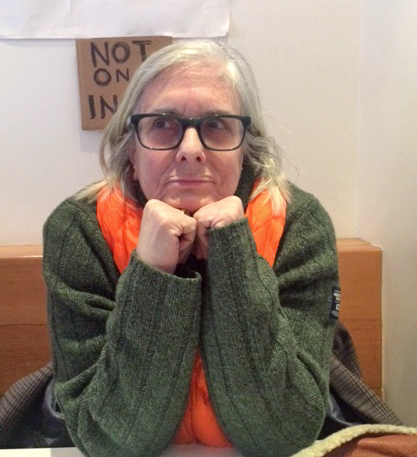 Bio -- Alison Leslie Gold: Alison Leslie Gold has published fiction including Clairvoyant, The Imagined Life of Lucia Joyce. Jay Parini said about it: “A vividly written book that plays daringly in the no-mans-land between biography and fiction.” A reviewer in the New York Times summed up another novel The Devil’s Mistress: The Diary of Eva Braun, The Woman Who Lived and Died With Hitler as follows: “It’s hard to forget a novel that spreads across the imagination like a mysterious and evil stain.” This book was nominated for the National Book Award. Her nonfiction writing on the Holocaust and World War II has received special recognition. Among those who have singled her out as a protector and chronicler of Holocaust experiences is Elie Wiesel, who said of her: “Let us give recognition to Alison Gold. Without her and her talent of persuasion, without her writer’s talent, too, this poignant account, vibrating with humanity, would not have been written.” Her works include Anne Frank Remembered, The Story of the Woman Who Helped to Hide Anne Frank, written with and about Miep Gies, who hid Anne Frank and rescued Anne’s diary and Memories of Anne Frank: Reflections of a Childhood Friend, written for young people about Hannah “Lies” (pronounced “lease”) Goslar, Anne Frank’s best friend. Both books are international best sellers translated into more than twenty languages. Neither Miep nor Hannah had been willing to tell their entire stories until meeting Alison. Also for young people, A Special Fate, about Chiune Sugihara the little-known Japanese diplomat who saved 6,000 Jews and others during the war. The nonfiction book Fiet’s Vase and Other Stories of Survival, Europe 1939-1945, 25 interviews with survivors, is her farewell to that subject matter, and, Love in the Second Act, 25 true stories of those who have found love later in life, is the first book exploring less dispiriting themes. Most recently she was invited to write a short work for the Cahier Series, (Am. Univ. Paris/Sylph Editions) titled “Lost and Found” soon followed by the publication of a literary novel The Woman Who Brought Matisse Back from the Dead, and a family story of alcoholic intervention for ages 10-13 co-authored with Darin Elliott - Elephant in the Living Room. Her nonfiction work has received awards ranging from the Best of the Best Award given by the American Library Association, to a Merit of Educational Distinction Award by the ADL, and a Christopher Award. --This text refers to the paperback edition.

James Joyce's most inscrutable creation may have been his only daughter, Lucia--mad to the world, but a genius to her father. In this haunting work of imaginative reconstruction, Gold (coauthor of Anne Frank Remembered ) renders Lucia as a gifted albeit genuine schizophrenic (first treated by Jung, later institutionalized for 47 years) who was subject to delusions and violent impulses. Her father preferred to consider her clairvoyant rather than insane, and regarded her "nonsense" as Delphic wisdom with meaning for a select few. Gold briefly, movingly evokes Lucia's life through a cryptic collage of dreams, flashbacks and hallucinations; through Lucia's compositions, ranging from libretti to memoirs whose prose echoes the rhythms and syntax of her father's; and through the commonsensical asides of her nurse, Mrs. Leary. Although the author asserts that "No use has been made of medical records or intimate letters that invade family privacy. The course of Miss Joyce's illness after 1935 has been largely imagined." Discernible factual details about Joyce's works and family, however, may cause some readers to lose their footing on the trail between fact and fantasy and lead others to wonder about Gold's suggestions of incest and neglect. Though Clairvoyant opens an intriguing window on Lucia's life, more clarity, not more mystery, would have heightened the poignancy of her story.
Copyright 1992 Reed Business Information, Inc. --This text refers to an out of print or unavailable edition of this title.

Gold's first novel (Anne Frank Remembered, with Miep Gies, 1987) rather captivatingly admits its debt to the large body of established ``truth'' in telling this otherwise imaginary story of Lucia Joyce's life as the tormented daughter of a towering literary genius. James Joyce--as Gold points out in an afterword--never entirely admitted that his daughter was insane, but instead hoped to see her mental aberrations as evidence of perceptive genius. Few will be able to agree with him as--in Gold's version--the beautiful Lucia throws chairs at her mother, sets fire to rooms, claws wildly at her own throat, and fears that her hands have become disconnected from her body. All is not violence and horror, however, and whether Gold makes a case (or intends to) for Lucia's ``genius,'' she does bring to life a creature of great pathos as Lucia grows up with her famous parents in Trieste and Paris, becomes a dancer and then stops dancing, has a bevy of suitors (including Samuel Beckett), and begins the downward spiral of anguish and craziness that will take her to a seemingly endless chain of hospitals and doctors (including Jung) and finally to the rest of her life permanently institutionalized. Much of Gold's novel takes the form of a ``memoir'' written by Lucia, and in its pages come alive not only exquisitely revealing details of life in the Joyce household, but also the flair and flavor of 1930's Paris, peopled with the likes of Chagall, Calder, Beckett, and the Joyces themselves--as war draws slowly nearer, and as Lucia grows slowly more mad. Remembering, late in her life, being left by her parents in a Brittany hospital on the eve of war, Lucia writes, pathetically: ``I never saw either of my parents again and wait for them to this very day.'' From well-worn sources, a moving transformation into fiction of a life of suffering and--perhaps so--perception. -- Copyright ©1992, Kirkus Associates, LP. All rights reserved. --This text refers to an out of print or unavailable edition of this title.
Read more