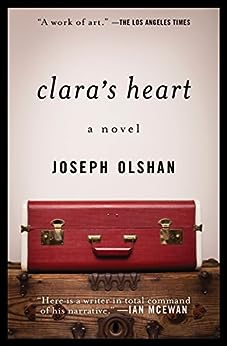 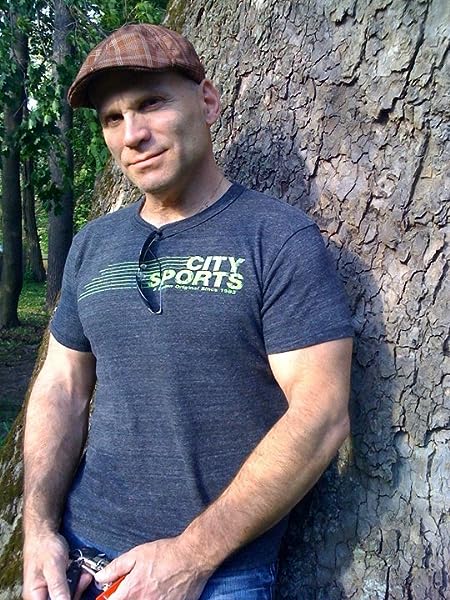 by Joseph Olshan (Author) Format: Kindle Edition
See all formats and editions
Sorry, there was a problem loading this page. Try again.
A unique bond forms between a twelve-year-old and a Jamaican housekeeper in this moving novel that is “a work of art” (Los Angeles Times).

The basis for the beloved film starring Whoopi Goldberg, this prize-winning novel by the author of Nightswimmer and Cloudland charts the profound, rare friendship between a wise woman named Clara and David, a twelve-year-old boy adrift in the wake of a family tragedy and his parents’ broken marriage. As the two grow closer, she brings him into her special world of patois and Jamaican beauty parlors and shadowy alliances, and he comes to realize that in her native country Clara has left behind a mystery, which he grows determined to unveil.

Heralded as a classic, Clara’s Heart is at once moving and comical, a tribute to unconventional love, by “a writer in total command of his narrative” (Ian McEwan).

Joseph Olshan is the award-winning author of nine novels, the most recent of which, Cloudland (2012), was hailed by the New York Times: “Joseph Olshan has stepped up and hit one for the home team.  The bracing clarity of his prose . . . observes the destructive impact [the] killings have on this isolated region.”

With its intricate characterization, a plot that weaves together two very different cultures, and a narrative enriched by fresh, often poignant dialogue, this is an extraordinary first novel. At its heart is the unusually close relationship betwen Clara, a Jamaican, and David Hart, who is eight years old when Clara enters his life. David's mother meets Clara in a Jamaican hotel, where the kind, wise woman is a chambermaid. The Harts are on a trip designed to lift Leona from the depression that has engulfed her since her infant daughter was found dead in her crib. Clara reaches out to Leona, soothing her in a way no one else has been able to, and the woman returns to Rye, N.Y., as the Hart's live-in housekeeper. Leona turns to spiritualism and philosophy to fight her inner emptiness, becoming estranged from her husband, who eventually moves out. It is then Clara who provides the only constancy in David's life. Yet the intensity of their friendship, and the dark secret of her past that Clara is determined to hide from David, creates an emotional chaos that is skillfully portrayed and finally resolved in this wonderful novel, which won the London Times/Jonathan Cape Young Writers' Competition. November 21
Copyright 1985 Reed Business Information, Inc. --This text refers to an alternate kindle_edition edition.

When eight-year-old David Hart's baby sister is lost to crib death, his mother, Leona, withdraws into depression. David's father takes her on a recuperative vacation to Jamaica. David is left at home, feeling confused and abandoned. When they return, his parents bring Clara, a patois-speaking Jamaican with a mysterious past, to tend to David and keep their house in an upscale New York suburb. In the years that follow, Clara fills the emotional void in David, as his preoccupied parents separate and divorce. He enters adolescence with a deep attachment to Clara and a fascination for all things Jamaican, including the secrets of her past. Hardly your usual coming-of-age story, this smoothly written first novel is original and compelling. Recommended. Ann H. Fisher, Radford P.L., Va.
Copyright 1985 Reed Business Information, Inc. --This text refers to an alternate kindle_edition edition.

“It’s terrific. ...Olshan is clearly enormously talented. He has an almost extrasensory understanding of the characters he writes about,...” -- SELINA HASTINGS, DAILY TELEGRAPH --This text refers to the paperback edition.
Read more

Joseph Olshan is the award-winning author of ten novels. His broad-ranging subjects vary from the wise, tough-minded, hilarious Clara Mayfield who became the model of the film character based on his novel, Clara's Heart, to an aristocratic, politically savvy Italian novelist who lives in a villa in Tuscany (The Conversion). His new novel, Black Diamond Fall (Polis Books) is based on two true events: the disappearance of a Middlebury College student; and the vandalism of the Robert Frost Homestead in nearby Ripton. He lives in Vermont

Thomas Janowski
5.0 out of 5 stars Powerful enough to overcome images of the movie
Reviewed in the United States 🇺🇸 on November 3, 2001
Verified Purchase
Having seen Whoopi Goldberg as Clara in the movie version of Clara's Heart, I assumed that when I finally got around to reading the book, I would keep thinking of the actors from the movie. This was not the case.
David, Clara, Bill and Leona are all deeper and more vivid characters in the book. Though I loved the movie version, the written words prove to be much more compelling. As usual, the movie edits out the incredible words written by Olshan. Though parts of the movie are taken word for word from the book, much of the story and significant passages are missing in the movie.
Having owned the movie for many years and after repeated viewings, I really wasn't too enthusiastic about reading the book. But once I started reading the novel, I couldn't put it down. It was as if I was reading something totally new, even though I assumed I would find it completely familiar.
It's no surprise the novel is far superior to the movie, though as movies go, the movie version isn't bad. If you can have only one version of Clara's Heart....take the book!
Read more
19 people found this helpful
Helpful
Report abuse

Linda Talisman
3.0 out of 5 stars It seemed long
Reviewed in the United States 🇺🇸 on August 15, 2013
Verified Purchase
The rendering of patois was an obstacle, especially at first.

I didn't really understand Clara's motivation. On the surface it's a relationship between a boy whose mother leaves something to be desired, and a mother who lost her son. But there were some twists and turns along the way I didn't really get. There are actions of Leona that pretty much make all David's actions seem understandable, but I can't say the same for Clara. I don't really see how Clara can be understood without making some icky generalization about people from Jamaica.

Amazon Teriq
5.0 out of 5 stars Wow
Reviewed in the United States 🇺🇸 on March 6, 2018
Verified Purchase
Superbly written. A Jamaican mother who had lost a son. A son who has essentially been abandoned by his mother. Gripping. The story just flows. The author is a master.
Read more
2 people found this helpful
Helpful
Report abuse

Retro Guy
5.0 out of 5 stars Huzzah! A great book available again in a US paperback edition
Reviewed in the United States 🇺🇸 on July 9, 2013
Verified Purchase
Finally. Joe Olshan's wonderful novel of years ago is just out in a beautiful new trade paperback. AND in e-book for the first time. Don't miss this important voice in American fiction. Clara's Heart is a gem that holds up to several re-readings. A poignant, funny, sweet, and wonderful novel.
Read more
3 people found this helpful
Helpful
Report abuse

Yolanda
5.0 out of 5 stars Must Read
Reviewed in the United States 🇺🇸 on May 20, 2014
Verified Purchase
Read this book before seeing the dvd, with Neal Patrick Harris and Whoopi Goldberg. The movie will make more sense after reading the book. The movie leaves out some very important details.
Read more
One person found this helpful
Helpful
Report abuse

Kay
3.0 out of 5 stars Not worth my time
Reviewed in the United States 🇺🇸 on October 9, 2017
Verified Purchase
Couldn't finish it
Read more
Helpful
Report abuse

Lindsay S. Dunn
4.0 out of 5 stars Love the movie, enjoyed the book
Reviewed in the United States 🇺🇸 on June 7, 2008
Verified Purchase
It's a little different from the movie, but I really liked the book. Give it a try.
Read more
One person found this helpful
Helpful
Report abuse
See all reviews

norikodo
5.0 out of 5 stars ジャマイカ出身の家政婦とユダヤ人青年の人種や血縁を超えた魂の絆に心を揺さぶられます。
Reviewed in Japan 🇯🇵 on June 19, 2011
Verified Purchase
ユダヤ人青年ウィルは元恋人ピーターの母親マリーと同じ飛行機でイタリア旅行に行く予定をしていましたが、仕事の予定が入ったため、別の便で先に出発します。ところがあとから出発したマリーの乗った飛行機がロングビーチに墜落してしまいます。動揺するウィルですが、実はマリーは飛行機に乗っていない可能性があることが分かり状況が混沌とします。最愛の兄を失ってから精神的に不安定な時期を送ったウィルを支えた昔の家政婦クララが今一度助けの手を差し伸べようとやって来ます。登場人物はそれぞれ悲しみや苦しみを抱えています。特にピーターの妹が病気と闘う様子は壮絶ながら凛としていて感動します。クララはウィルを救えるのか?そして果たしてマリーの行方は?クララのジャマイカなまりのブロークンな英語をそのまま発音どおりに表記してあり、読むのに苦労しましたが興味深いです。
Read more
Report abuse
Translate review to English
See all reviews
Report an issue
Does this item contain inappropriate content?
Report
Do you believe that this item violates a copyright?
Report
Does this item contain quality or formatting issues?
Report