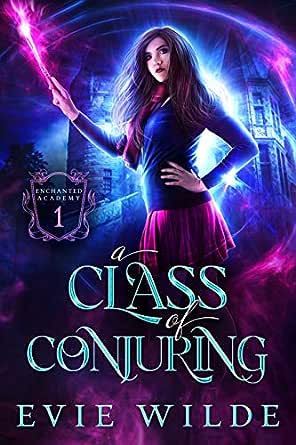 You've subscribed to Enchanted Academy! We will preorder your items within 24 hours of when they become available. When new books are released, we'll charge your default payment method for the lowest price available during the pre-order period.
Update your device or payment method, cancel individual pre-orders or your subscription at
Your Memberships & Subscriptions
There was an error. We were unable to process your subscription due to an error. Please refresh and try again. 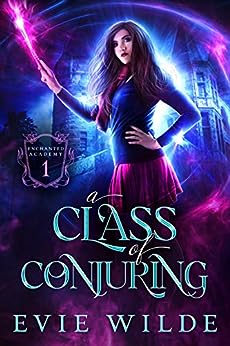 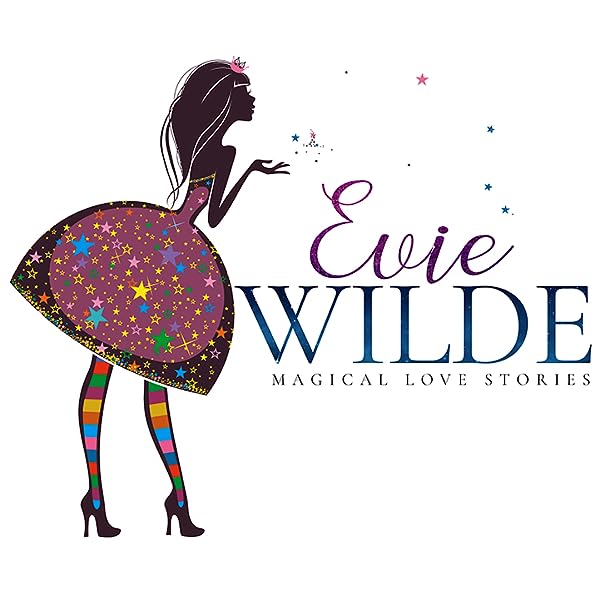 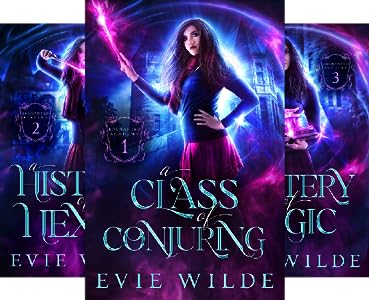 D.Glenn
3.0 out of 5 stars Good but needs work.
Reviewed in the United States on June 19, 2020
Verified Purchase
A Class of Conjuring is the first book in the Enchanted Academy series. The book follows  Cassandra Clarke a witch that can get the title worst witch. In this world people know about magic, there are magical creatures everywhere, and when a city/town/village has a supernatural problem they call upon witch, warlocks, and wizards to help out. Cass is part of a guild meant to help humans with their supernatural problems but Cass is a walking disaster. With her best friend Braedon, she tries to help but her spells create more problems than the town started with and has earned her the title disaster witch. After one incident too many she is sent to the Academy to either improve or fail, it's a sink or swim situation and Cass is about to meet a whole new set of problems.

Beyond a shadow of a doubt, Cass is a screw-up, but what I like about her is that she tries her hardest to improve, to help people and when others say negative things about her she tries to ignore it and still soldier on all the while staying positive and continuing being a nice person. Which is really amazing considering her difficult childhood and her current pressures.

One of the things I love in a reverse harem is when the story is told from multiple perspectives. There are four guys and each has a couple of chapters, I loved hearing from them, seeing from their perspective. They guys kinda started off on a bad foot with me, and one kinda stayed there for a while but none of them really stood out to me, no favorites, each was okay and the group seems to fit together.

Okay so here is the thing, I had problems with this book. There were some plot-holes in the storyline, some of the character's actions didn't make sense and some of the dialogue was a little off, characters reiterating the same things or things being said that didn't need to be. That being said overall I liked the story, oddly enough the book held my interest. I was totally immersed in the story and I was interested in what happened to the characters. A Class of Conjuring was a decent start to the series and with a little more editing the story could be really good. So while the story wasn't perfect, it was good and I would be interested in finding out what happens next.

Annalisa
5.0 out of 5 stars Cassandra
Reviewed in the United States on February 23, 2020
Cassandra is s fae witch and cant control her element of fire. She works for the guild with her friend braeden. They are sent to wayfair to fight the monsters but in addition cassandra destroyed half the city. The guild is vety upset and they give her a choice either go to the academy to learn control or lose her powers. Of course she chose the academy and braeden attended with her. There she met three other guys during the tour and felt drawn to them. They were drawn to her as well. Later that night she has a strange dream... An old man with white hair tells her he has been waiting for her and she is the one to rid the world of edious an arch mage who is evil. She cant stop thinking about her dream. Ruby tells her during potions class that some students have returned from town without there elements and powers. No one knows who has been stealing students powers from them. This story is so engrossing that I had to read the whole book. I had too. It has an air of mystery to it as well as danger and romance. I really enjoyed reading this story and I cant wait for the next one to come out. It was pretty exciting. I loved it.

susan*1095
5.0 out of 5 stars Four is better than one!
Reviewed in the United States on March 22, 2020
Cassandra has always had Braeden to help her with her magic, but their last mission went terribly wrong because she can’t control the power she possesses so her guildmaster sends her and Braeden to the magical Enchanted Academy for training. There she finds out she’s the “Chosen One” and that an evil mage is out to destroy her and consume her powers. She’s always felt there was more than friendship with Braeden but they’ve never taken it further, but when she enters the academy and meets three wizards, the connection between the five of them is felt almost immediately. And with what she and the rest of the academy are facing, it’ll take that strong connection to beat the evil. Ready for book two!
Read more
2 people found this helpful
Helpful
Comment Report abuse

Emily Pennington
TOP 500 REVIEWER
5.0 out of 5 stars Out of Control
Reviewed in the United States on February 13, 2020
Cassandra Clarke, although a powerful witch, cannot keep her spells under control. Chasing a demon, she casts a spell that goes wrong and takes down the town’s protective system. Her guild has had enough and gives her a final chance to get it under control by sending her to the Enchanted Academy, along with her best friend, Braeden.

Cassandra meets some classmates -- Dash, Kyler, and Oliver – who are attracted to her. They join Cassandra and Braeden in a fight against an evil wizard who is trying to steal magical powers from other students and instructors. Can they defeat the evil as their own powers get stronger? Or has she put the guys she cares about in danger that could destroy them?

This is a fast paced book that will keep the reader interested from start to finish. It is well written and flows easily. The characters are likable which draws the reader deeper into their story. I really enjoyed this book and look forward to reading more from this author!
Read more
One person found this helpful
Helpful
Comment Report abuse
See all reviews

Anne Dwyer
5.0 out of 5 stars Cant wait for the next book!
Reviewed in Australia on February 13, 2020
Cassandra Clarke's magic seems to be out of control, so she is sent by the guild to the Enchanted Academy to improve her skills. With her long time friend Braedon, she is excited to be able to improve her control. When she meets Oliver, Dash and Kyler, she feels a strong connection to them as well. There appears to be a prophecy that Cassandra is the one, with her mates, who will defeat the mage who is stealing other people's powers. When Challis steals her powers, Cassandra feels lost - and when the witch captures Dash and Braedon, will Cassandra be able to beat her and save her mates? Will she win the ultimate battle? Loved this book, and cant wait for more