Sold by: allnewbooks
Add to Cart
$44.88
+ Free Shipping
Sold by: Book Depository US
Have one to sell?
Sell on Amazon 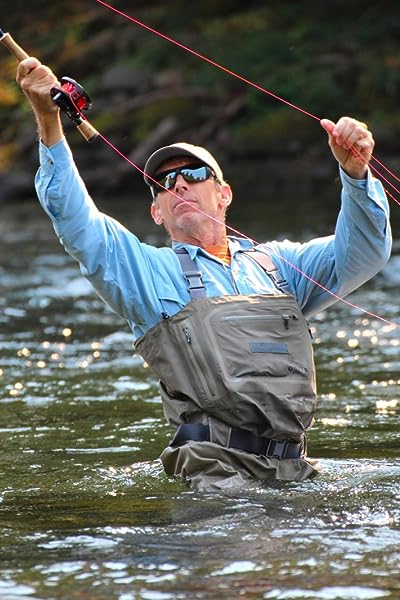 "I don't think anyone is more qualified to present a book on the classic steelhead flies than John Shewey. He's been around the block, he's very traditional in his fishing methods, and his artistry at the vise is at the top of its game. Through his words and pictures, John paints a portrait of an important American folk art we can all enjoy every time we swing a fly in a sparkling river." (Tom Rosenbauer The Orvis Company 2014-10-01)

"John Shewey, with Classic Steelhead Flies, has produced another superb book. The selection of flies and histories document the Pacific Northwest's rich steelhead fly-fishing heritage. As well, Shewey is a master fly tier and his macro photographs of the flies attest to that mastery of the fly-tying craft and his skill with the camera. The word 'classic' in the title is an apt reference, as this book is sure to be a classic." (Art Lingren author of Fly Patterns of British Columbia and steelheading historian 2014-10-01)

"John Shewey's new book, Classic Steelhead Flies, has masterfully brought back the beauty and history of the old reliable steelhead patterns. It's an artistic flair of excellence that should be found in the libraries of all serious steelhead fly fishers and fly tiers." (Doug Stewart inventor of the Max Canyon 2014-10-01)

"I have seen flies tied by some of the greatest tiers in the world for 85 years, including my father in the 1920s, but what John Shewey shows and describes in this book are true works of art. The research John did to preserve the history of steelhead flies makes this a wonderful gift to the fly-fishing community." (Frank Moore North Umpqua legend 2014-10-01)

"The heart of the book, the discussions of over 120 classic steelhead flies, gorgeously presented in full-page or half-page photographs, with tying recipes in an appendix, is not about the flies at all, really, but about the people who created them....In the spirit of the histories that he presents, Shewey also has a chapter that encourages further interpretation of the classics--variation in the name of artistry--plus a chapter on techniques for tying the classic flies, including constructing tags and bodies, folding hackle, and securely mounting hair wings, lessons that are put into practice via three exemplary tying lessons." (Bud Bynack California Fly Fisher 2015-10-01)

John Shewey is an Oregon-based veteran steelhead fly angler, journalist, photographer, author, and noted fly tier whose elegant steelhead flies have earned national prominence. The editor-in-chief of the Northwest Fly Fishing magazine group, John has penned hundreds of articles and published countless photographs and to date has authored more than a dozen books. John appears frequently as a speaker at club meetings, conclaves, and sports shows around the country.

Page 1 of 1 Start overPage 1 of 1
This shopping feature will continue to load items when the Enter key is pressed. In order to navigate out of this carousel please use your heading shortcut key to navigate to the next or previous heading.
Back
Next
Pages with related products. See and discover other items: stackpole books fly fishing