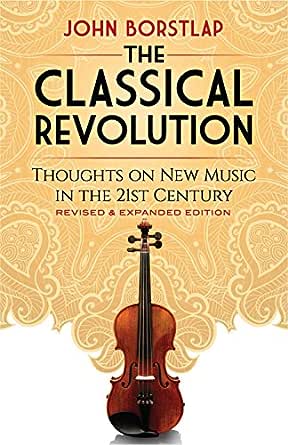 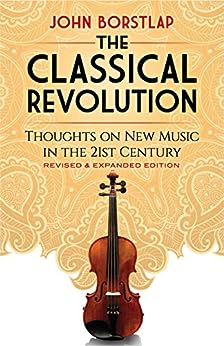 "Rich in discussion-worthy arguments … an important contribution to musical aesthetics."—Die Tonkunst
"An excellent and expansive view of where we now are in the larger world of contemporary art music."―Academic Questions
These essays by a prominent composer offer a thought-provoking exploration of a current trend in classical music. Author John Borstlap advocates a departure from the atonal characteristics typical of modern music and a return to more traditional forms. He notes that new classical composers are increasingly successful in the central performance culture because they offer a fresh approach to the problems that persist in contemporary music, where an establishment with outdated ideas still dominates the production, reception, and funding of new music.
Borstlap's treatise introduces new composers, reveals instances of institutional biases, and examines issues of cultural identity, musical meaning, and the aesthetics of beauty. In order to offer readers the most up-to-date insights, this edition of TheClassical Revolution has been newly revised and expanded by the author.
www.doverpublications.com

Dutch composer John Borstlap is a co-founder of Composers Group Amsterdam, which strives to bridge the gap between new music and traditional performance culture. He studied at the Rotterdam Conservatory and received his master's degree from the University of Cambridge.
--This text refers to the paperback edition.

5.0 out of 5 stars
5 out of 5
6 customer ratings
How does Amazon calculate star ratings?
Amazon calculates a product’s star ratings based on a machine learned model instead of a raw data average. The model takes into account factors including the age of a rating, whether the ratings are from verified purchasers, and factors that establish reviewer trustworthiness.
Top Reviews

Adam Penfeather
5.0 out of 5 stars EXCELLENT & ENGROSSING
Reviewed in the United States on January 29, 2019
Verified Purchase
A percipient assessment of the current state of affairs in the world of new concert music, which leave a lot to be desired. Borstlap writes with incisive clarity and makes a compelling case against the banality of empty modernism. This should be required reading in all conservatory composition departments!
Read more
Helpful
Comment Report abuse

Alexis Alrich-howe
5.0 out of 5 stars Brilliant vision for creating new classical music
Reviewed in the United States on February 8, 2018
Verified Purchase
Clear-eyed and elegantly written with an strikingly original premise. Why has "modern art music" been such a disaster, and what can we do about it? Borstlap recommends reconnecting to classical principles of musical art and tonality. He includes amusing slaps at the follies of an outdated modernist aesthetic, and a wide cultural perspective. Persuasive, fascinating and powerful. Recommended for musicians and music lovers.
Read more
Helpful
Comment Report abuse

F.E. Cooper
5.0 out of 5 stars Borstlap’s Gauntlet: Challenging the Musical Avant-Garde
Reviewed in the United States on March 31, 2020
John Borstlap (b. 1950) has again thrown down the gauntlet to the music world’s avant-gardists— fearless, I suspect, of the jousts he will provoke.

A serious composer and informed “opinionist,” Borstlap offers readers a careful analysis of the causes of Modernism in music since 1900. He dissects the fallacies that were put forth by the movement’s pioneers and have been bandied about ever since as cant-ridden immutabilities. He also considers the long-standing influence of Pythagoras’s discovery of the overtone series, as well as tonality’s development from modality. In addition, he examines what some considered to be the crisis in Late Romantic thinking about the future of musical harmony. Finally, he explains how meaning has always been conveyed—and will continue to be conveyed—through the faculty of hearing in human beings.

Candidly acknowledging that reviews of the book’s first edition dubbed him “an idiot” and “vilified” both his thoughtful consideration of multiple points of view and his insights into them, the author boldly confronts his critics again. He reasons with exponents of biased institutionalized lore and urges the hide-bound to think afresh about aesthetic matters as important as—hold your breath—beauty.

Clearly a humanist, Borstlap dares to venture further—into such subjective areas as music’s valuable role in emotional experience. He even delves into ideas of “self” and “soul” both within and beyond religious contexts. Dante-dark territory that, and anathema to mere “sound-crafters” (or “objectivizers”)—who, he deems, are not true practitioners of musical art.

“A work of art,” Borstlap writes, "is the creation by a human being for other human beings: the maker, the work itself, and the human being at the receiving end all belong to the same system of signals and communication and, hence, of meaning. The material side of this system . . . is a means to an end and not an end in itself. Understanding the means is thus something different from understanding the end, it is the difference between the understanding of the gynecologist and [that] of the lover."

In sum, Borstlap enters multiple frays of fact and opinion, tilting his intellectual lance at diverse targets. Classicism and what he terms “the shock of the old” fallacies besetting the evaluation of Modernism; then-and-now concert-hall concepts, design goals, and contributions to progressive failure of some musics in recent decades; the specter of the “enduring presence” of music from the past (a closely argued section); fruitless searches for meaning where few can exist, in our state of cultural relativism (its roots deep in the “humus” of colonialization, later Fascism) and its resulting lack of systems for value judgments; and, our Lewis Carroll-reasoned choices as from a “cultural shopping mall” with its commercialized, vulgar consumerism.

Curiously omitted from Borstlap’s discussion, despite evident similarities, is The Agony of Modern Music, the 1955 polemic by Henry Pleasants—which was bitterly attacked and is still ridiculed, except by jazz aficionados. Borstlap’s alternative to the avant-garde lies not in the immediacy of jazz, as it did for Pleasants, but in the “new classical music” created by composers such as John Adams, Samuel Barber, John Corigliano, Richard Danielpour, Frank Martin, David del Tredici, and Ned Rorem. (Page length may have played a role in limiting Borstlap’s citations: his text is 137 pages, with ten additional pages of annotated “Further Reading,” while Pleasants argued his way for 176 pages, with a two-page list of bibliographical sources.) Despite its relative brevity, Borstlap’s book, like that by Pleasants, offers countless ideas to stimulate fresh debate where it is most needed, among the informed who truly care for music as a humane attribute of civilized society.

Robert Adam
5.0 out of 5 stars Must Read on Modern Classical Music
Reviewed in the United States on February 11, 2020
Sir Roger Scruton called the Dutch composer John Borstlap “one of the truly remarkable intellects of our time, a serious and inspired composer”. Such an accolade, coming from one of the rare Renaissance men of our age, immediately arrests attention, particularly since Borstlap is not widely known. On the evidence of Borstlap’s The Classical Revolution: Thoughts on New Music in the 21st Century (Dover Publications), it is well-deserved praise. He has written a brilliant, highly literate book that displays an astonishing breadth of culture in all its forms. It not only touches upon classical music but also on all the arts and the deeper questions of Western civilisation. It provides both a diagnosis of our ills and a remedy for them.
Read more
Helpful
Comment Report abuse

Books n' music fan
5.0 out of 5 stars My favorite book on this subject
Reviewed in the United States on January 13, 2018
With everyone going on about the classical music crisis, there is a great need for books like Borstlap's that clearly address the major issues in this complicated subject. He writes from his direct experience as an internationally known composer who went head-on with the Dutch government's new-music funding apparatus. His experience reveals the way state funded art undermines true creativity and the kinds of music one would hope would be promoted. His writing here is concise and interesting, making this a great read for anyone in the classical music business.
Read more
One person found this helpful
Helpful
Comment Report abuse
See all reviews from the United States