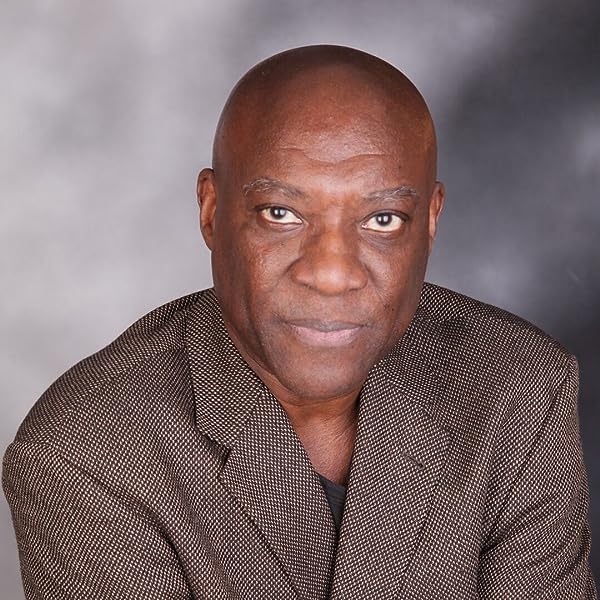 Claude McKay: The Making of a Black Bolshevik Hardcover – July 12, 2022

by Winston James (Author)
4.7 out of 5 stars 4 ratings
See all formats and editions
Sorry, there was a problem loading this page. Try again.

One of the foremost Black writers and intellectuals of his era, Claude McKay (1889–1948) was a central figure in Caribbean literature, the Harlem Renaissance, and the Black radical tradition. McKay’s life and writing were defined by his class consciousness and anticolonialism, shaped by his experiences growing up in colonial Jamaica as well as his early career as a writer in Harlem and then London. Dedicated to confronting both racism and capitalist exploitation, he was a critical observer of the Black condition throughout the African diaspora and became a committed Bolshevik.

Winston James offers a revelatory account of McKay’s political and intellectual trajectory from his upbringing in Jamaica through the early years of his literary career and radical activism. In 1912, McKay left Jamaica to study in the United States, never to return. James follows McKay’s time at the Tuskegee Institute and Kansas State University, as he discovered the harshness of American racism, and his move to Harlem, where he encountered the ferment of Black cultural and political movements and figures such as Hubert Harrison and Marcus Garvey. McKay left New York for London, where his commitment to revolutionary socialism deepened, culminating in his transformation from Fabian socialist to Bolshevik.

Drawing on a wide variety of sources, James offers a rich and detailed chronicle of McKay’s life, political evolution, and the historical, political, and intellectual contexts that shaped him.
Read more
Previous page
Next page

The wandering poet and revolutionary socialist Claude McKay was one of the twentieth century’s most captivating writers, noted for his intellectual intensity and emotional depth. Combining unparalleled erudition, literary sensitivity, and political nous, Winston James’s book provides a compelling and authoritative account of the life that McKay made and the circumstances within which he made it.
-- Peter Hulme, professor emeritus, University of Essex

Meticulously researched and superbly written, this is the premier work on Claude McKay’s astonishing artistic range and diverse passions. It is also an incisive examination of the wider Jamaican and Caribbean colonial context, and a major contribution to the history of the Atlantic world, the Harlem Renaissance, and the overlooked connection with the founders of Négritude. -- Franklin W. Knight, Leonard and Helen R. Stulman Professor Emeritus of History, Johns Hopkins University

Winston James’s resurrection of the many lives of Claude McKay is a revelation. Page after page, his McKay becomes an increasingly startling figure, never conforming to prevailing expectations. As the narrative gathers pace, McKay shimmers, the life outgrowing the circumstances of his history. The unfolding story presents us with a portrait that is simultaneously compelling and troubling. McKay will never be the same. -- Bill Schwarz, Queen Mary University of London

Elegantly written and carefully reasoned, this is a fascinating look at the political evolution of a key literary figure. ― Publishers Weekly

James is a perceptive literary critic, and his close readings are some of the most electrifying parts of The Making of a Black Bolshevik. -- Jennifer Wilson ― Dissent Magazine

A powerfully relevant study about an iconoclastic Black thinker and poet who was dedicated to economic reform as well as the eradication of racism. -- Thomas Filbin ― The Arts Fuse

The revolutionary Jamaican poet Claude McKay deserves a good Marxist biographer and has found one. Winston James’s new book on McKay illuminates the mind and art of one of the most important writers of the early twentieth century as it responded to the seismic contest between capitalism, colonialism, and Socialism in the age of the Russian Revolution. -- Bill Mullen ― Tempest Magazine

Winston James is the author of A Fierce Hatred of Injustice: Claude McKay’s Jamaica and His Poetry of Rebellion (2000); The Struggles of John Brown Russwurm: The Life and Writings of a Pan-Africanist Pioneer, 1799–1851 (2010); and Holding Aloft the Banner of Ethiopia: Caribbean Radicalism in Early Twentieth-Century America (second edition, 2020), winner of the Gordon K. Lewis Memorial Award for Caribbean Scholarship of the Caribbean Studies Association. He is also coeditor of and contributor to Inside Babylon: The Caribbean Diaspora in Britain (1993). James has held teaching positions in the United Kingdom and the United States, most recently as professor of history at the University of California, Irvine.

Winston James, who was born in Jamaica and grew up in Jamaica and Britain, earned his doctorate at the London School of Economics and Political Science, University of London. In addition to Claude McKay: The Making of a Black Bolshevik (Columbia University Press, 2022) his books include A Fierce Hatred of Injustice: Claude McKay’s Jamaica and His Poetry of Rebellion (Verso, 2000); The Struggles of John Brown Russwurm: The Life and Writings of a Pan-Africanist Pioneer, 1799-1851 (New York University Press, 2010) and Holding Aloft the Banner of Ethiopia: Caribbean Radicalism in Early Twentieth-Century America (originally published in 1998, second edition, Verso, 2020), winner of the Gordon K. Lewis Memorial Award for Caribbean Scholarship of the Caribbean Studies Association. In addition to authoring numerous articles and chapters in scholarly journals and books, James is also co-editor of and contributor to the pioneering collection, Inside Babylon: The Caribbean Diaspora in Britain, first published in 1993. He has held teaching positions at institutions on both sides of the Atlantic, including Goldsmiths, University of London, Columbia University, where he taught for over a decade, and most recently as professor of History at the University of California, Irvine.

There are 0 customer reviews and 4 customer ratings.