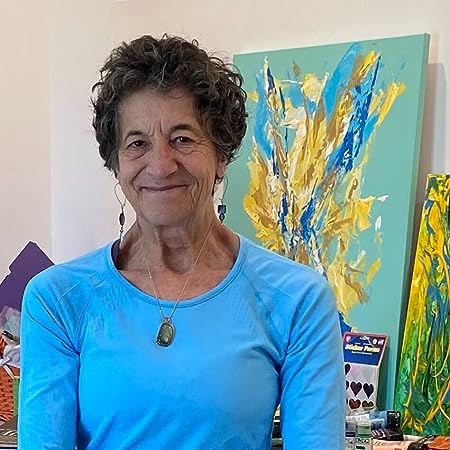 Claudia Ricci, Ph.D., is an American Author, an influential and seasoned writer of literary fiction, and an accomplished painter.

Claudia is a former writer for The Wall Street Journal and a prize-winning reporter for the Chicago Sun-Times. She published her first novel, Dreaming Maples, in 2002 after being nominated for a Pushcart Prize. Seeing Red, her second novel, was released in January 2011, and Sister Mysteries came out in 2018. Her new book, which will be released in the Fall of 2022 titled 'Pearly Everlasting.' All of her novels are available on Amazon and featured as her subsequent titles on fine literary sites.

Claudia earned her Ph.D. in English (Teaching, Writing, and Criticism) from the University at Albany, SUNY, in 1996. She taught English, journalism, and creative writing at the University for 14 years and did a year-long teaching sabbatical at Georgetown University in 2009. Claudia is not writing enjoys reading good books, traveling, canoeing and painting.(Her paintings can be viewed at https://www.claudiariccipaintings.com.) She and her husband reside in North Egremont, Massachusetts. 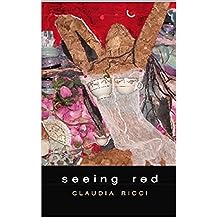 Seeing Red Oct 5, 2022
by Claudia Ricci
$1.99
At 19, Ronda Cari gave up a promising career in ballet when she became pregnant by her college professor. Now, 18 years later and the mother of two boys, she gives up her marriage to follow her flamenco-guitarist lover Jesus to Spain, where he has disappeared.

Her journey of discovery leads her to unveil the secret behind her lover's departure and renews her love of dance, this time through the magic of flamenco.
Read more 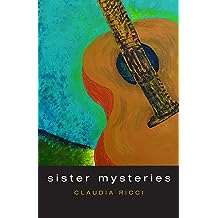 Sister Mysteries Jul 23, 2018
by Claudia Ricci
( 8 )
$9.99
It's 1883 in northern California. A young Dominican nun is dragged from her convent, accused of seducing and murdering her cousin, Antonie. He suffers from syphilis and has written a pile of erotic fantasies, spnning her into a flamenco dancer and incriminating her for the crime. More than a century later, Gina Rinaldi, a writer suffering from depression, finds herself literally immersed in the story. Gina's link to Sister Renata is an old Mexican housekeeper, Señora Ramos, who lures Gina back to the past with a plea to save the nun from the twin monsters that are her cousin and the men-only courtroom. Is Gina as delusional as Antonie, or is she living a past life, reincarnated as the nun? Is she whisked back through time on a mission to save her soul, and the nun, or has she begun to unravel? How will writing the nun's story heal her? Sister Mysteries is a murder mystery that doubles as a #MeToo tale. It zeros in on the power of men, and their fantasies, to dominate and destroy women. Beautifully written, the novel's many secrets make it a page-turner. Told in three voices, the book's poetic language and haunting images guarantee a delightful and memorable read.
Read more
Other Formats: Paperback