You've subscribed to The Patternist Series! We will preorder your items within 24 hours of when they become available. When new books are released, we'll charge your default payment method for the lowest price available during the pre-order period.
Update your device or payment method, cancel individual pre-orders or your subscription at
Your Memberships & Subscriptions
There was an error. We were unable to process your subscription due to an error. Please refresh and try again. 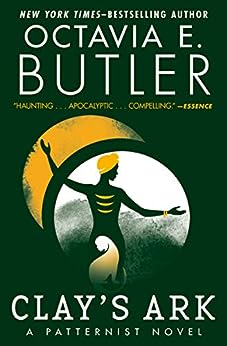 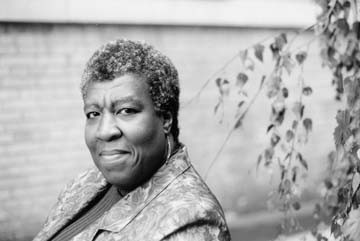 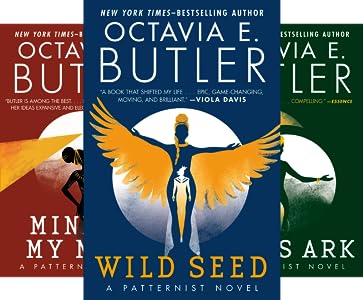 From the Illustrated Biography

“Haunting, apocalyptic, compelling. . . . Butler’s prose is sharp and lucid, and Clay’s Ark offers a complex rendering of the interior journeys of characters dragging themselves across a violent and lethal future world.” —Essence
“Exceptional. . . . Butler is a realist, writing the most detailed social criticism and creating some of the most fascinating female characters in the genre.” —The Village Voice
“One of science fiction’s finest writers.” —The New York Times

Octavia E. Butler (1947–2006) was a bestselling and award-winning author, considered one of the best science fiction writers of her generation. She received both the Hugo and Nebula awards, and in 1995 became the first author of science fiction to receive a MacArthur Fellowship. She was also awarded the prestigious PEN Lifetime Achievement Award in 2000. Her first novel, Patternmaster (1976), was praised both for its imaginative vision and for Butler’s powerful prose, and spawned four prequels, beginning with Mind of My Mind (1977) and finishing with Clay’s Ark (1984).
Although the Patternist series established Butler among the science fiction elite, it was Kindred (1979), a story of a black woman who travels back in time to the antebellum South, that brought her mainstream success. In 1985, Butler won Nebula and Hugo awards for the novella “Bloodchild,” and in 1987 she published Dawn, the first novel of the Xenogenesis trilogy, about a race of aliens who visit earth to save humanity from itself. Fledgling (2005) was Butler’s final novel. She died at her home in 2006.

4.4 out of 5 stars
4.4 out of 5
229 global ratings
How are ratings calculated?
To calculate the overall star rating and percentage breakdown by star, we don’t use a simple average. Instead, our system considers things like how recent a review is and if the reviewer bought the item on Amazon. It also analyzes reviews to verify trustworthiness.
Top reviews

J.R. Maven
4.0 out of 5 stars Highly imaginable
Reviewed in the United States on August 15, 2020
Verified Purchase
This book happened. And Octavia Butler's uncanny ability to articulate a potential world where humans and the unknown coexist—is foreboding.
Who would have ever considered a planet, our planet, to be viewed with such fascinating speculation?
How does this book possess so much substance with a great interpretation of what most would believe to be absurd or impossible?

Octavia tells you a story—that should be told, through her incredible imagination...

Vandy Jackson
4.0 out of 5 stars What happened to the original plot of our story?
Reviewed in the United States on June 3, 2021
Verified Purchase
Clark's Ark is an incredibly well written story about an microscopic invasion on one's humanity.
And one man's fight and terrible acceptance of defeat against them.
Octavia's ability to create character's whom I know I should hate, with behaviors I know I should be disgusted by, and give them redeeming qualities is simply amazing. She also has a terrible ability to rip away characters she has forced you to fall in love with, tearing away the very fabric of their personality to end a persona they so desperately cling to. It is horrific to watch them be changed by the unfortunate events they are so haplessly guided into. But, the purpose is more than understood.

I would like to know how this ties into our Patternist series though, it seems like a completely different story. I guess I'll hopefully find out in the next book.

.On To The Next Adventrue.
Read more
Helpful
Report abuse

Amazon Customer
4.0 out of 5 stars Scary because it could happen
Reviewed in the United States on May 30, 2021
Verified Purchase
Relevant today as the day it was written. Timeless science fiction. Brutal vivid terrifying an impossible situation.what would you do?
Read more
Helpful
Report abuse

Brad McHenry
5.0 out of 5 stars Great Science Fiction
Reviewed in the United States on May 8, 2020
Verified Purchase
One of OCTAVIA E. BUTLER'S best series and they are all very, very good.
Read more
Helpful
Report abuse

kay stevens
5.0 out of 5 stars Clay's Ark by Octavia Butler
Reviewed in the United States on October 20, 2009
Verified Purchase
If you have come across this book, it probably means that you are a fan of Octavia Butler's. This book is good and its worth reading. I have found out that its not necessary to read all of the PaternMaster books (4) in their order. It truly makes no difference because the books are so well written; each story stands on its own. My only complaint is that I wish there were more books written by her!
Read more
Helpful
Report abuse

Adair Sanders
5.0 out of 5 stars Good Series
Reviewed in the United States on August 29, 2018
Verified Purchase
I have enjoyed this book and all of the others in this series.
Read more
Helpful
Report abuse
See all reviews

N. Maddy
5.0 out of 5 stars Damn good read
Reviewed in the United Kingdom on October 24, 2012
Verified Purchase
This is a great novel, set over maybe a week a couple of days, This book could easily be a successful cult low budget movie and I am wondering why no one has tried up till now.

The story follows a father and his two daughters who are off on a trip and get abducted by strangers. The strangers look sick and take them back to their 'village' where everyone else looks just as ill. One of the daughters has Leukemia and it's not clear whether she will survive the ordeal, but the strangers seem pretty tolerant...until they explain to their captures the reason for their abduction.

The novel delves into the past as well as the present throughout the novel and it works tremendously. I would highly recommend this novel to anyone who hasn't read any of Octavia Butler's work but is wondering which book to try first.

Anyone who reads this book will not be disappointing, it's a page turner and a half.
Read more
Report abuse

Moira McCallum
4.0 out of 5 stars i am happy
Reviewed in the United Kingdom on October 17, 2015
Verified Purchase
Not what I expected but still a good story
Read more
Report abuse
See all reviews