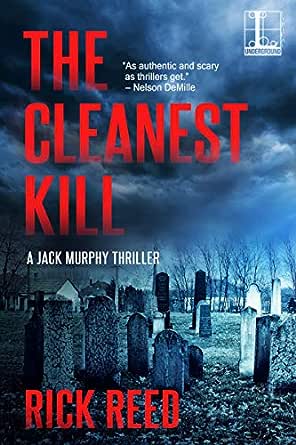 You've subscribed to A Jack Murphy Thriller! We will preorder your items within 24 hours of when they become available. When new books are released, we'll charge your default payment method for the lowest price available during the pre-order period.
Update your device or payment method, cancel individual pre-orders or your subscription at
Your Memberships & Subscriptions
There was an error. We were unable to process your subscription due to an error. Please refresh and try again. 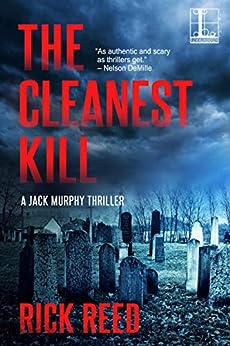 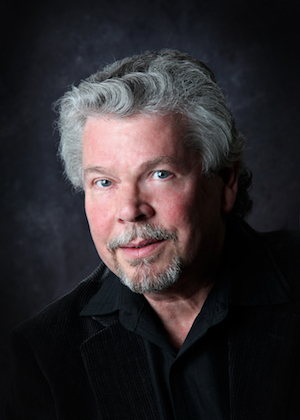 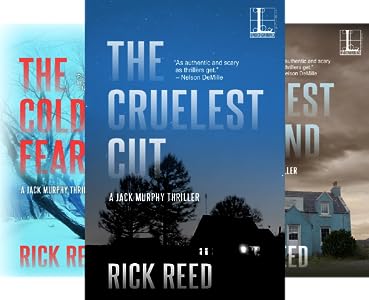 A Customer
TOP 500 REVIEWER
3.0 out of 5 stars Details matter in police procedurals
Reviewed in the United States on June 15, 2019
Verified Purchase
I’ve not read Rick Reed’s books previously, but I was able to read this police procedural as a stand-alone. The author gives enough story background, and the police protagonists—detectives Jack Murphy and Liddell Blanchard—are boldly-drawn characters, who are easy to like at the beginning, but harder to tolerate as the book goes on.

The partners are given two must-solve cold cases—thirty-seven and thirty-four year-old murders—that are missing official documents and crucial evidence. Plus, it seems that very little effort was made to investigate the deaths. The storyline is complex with numerous subplots that involve secondary characters—most well-drawn with different idiosyncrasies, so police procedural fans can eliminate suspects as new murders are committed. The twists and revelations that come on the heels of the murders (and attempted murders) keep the book moving at a brisk pace.

As mentioned earlier, as the book progresses, Murphy and Blanchard’s continual banter began to annoy. “Bite me,” Murphy says again and again, whilst Blanchard has a fun with “dick” words. What’s worse are problems with details: 1) a very specifically described Camaro becomes a Buick; 2) missing evidence—a bloody tire iron and an package of broken beer bottles—are found hidden in a police property room, BUT are (later) found in an U-Haul storage unit; and 3) storage units, storage lockers and storage bins are not the same things. I’m a police procedural aficionado, so I am picky.

3 stars because overall, this is a decent read. Plus I’m willing to try another book by Rick Reed.
Read more
One person found this helpful
Helpful
Comment Report abuse

Kindle Customer
5.0 out of 5 stars Best book in the series
Reviewed in the United States on June 25, 2019
Verified Purchase
I love the Jack Murphy series and this book was so suspenseful I couldn't put it down! It was the best of them all and kept me guessing on who the killer was til the very end ! Can't wait for more books in the series !!!
Read more
Helpful
Comment Report abuse

David Carrell
5.0 out of 5 stars A Page Turner!
Reviewed in the United States on July 10, 2019
Verified Purchase
I very much enjoyed reading "The Cleanest Kill" by author Rick Reed. Mr. Reed weaves his plots and characters skillfully. Unexpected surprises keep one locked-in to the evolving story, and strengthen the grip this book already has on the engaged reader. I often wish I were a speed reader so I could turn the pages more swiftly to see what action is just around the corner. I anxiously await Mr. Reed's next book!
Read more
Helpful
Comment Report abuse

Bonnie
5.0 out of 5 stars I thought they'd never catch the bad guys!
Reviewed in the United States on August 16, 2019
Verified Purchase
What an interesting story full of suspense and intrigue! I loved the characters and thought good would never prevail! This is my first book by Reed but definitely not my last!
Read more
Helpful
Comment Report abuse

Cheryl A. Bryan
5.0 out of 5 stars Wow, I loved it!
Reviewed in the United States on June 17, 2019
Verified Purchase
I love all of the Jack Murphy books and The Cleanest Kill is awesome! It’s always hard to wait for one of Rick Reed’s books but when you get it well worth the wait! Everyone should read these books!!!
Read more
Helpful
Comment Report abuse

teresak
5.0 out of 5 stars A wicked CF comes together for a blockbuster read!
Reviewed in the United States on June 16, 2019
Verified Purchase
Couldn't put this down to save my life and can't wait til Rick Reed's next grizzly tale hits my Kindle!!
Read more
Helpful
Comment Report abuse

Christine G.
5.0 out of 5 stars Better and Better
Reviewed in the United States on February 19, 2020
Verified Purchase
I've read all the books in this series and really enjoy them. The first book was great but Mr. Reed's writing gets better with every book. This book was fantastic.
Read more
Helpful
Comment Report abuse
See all reviews from the United States