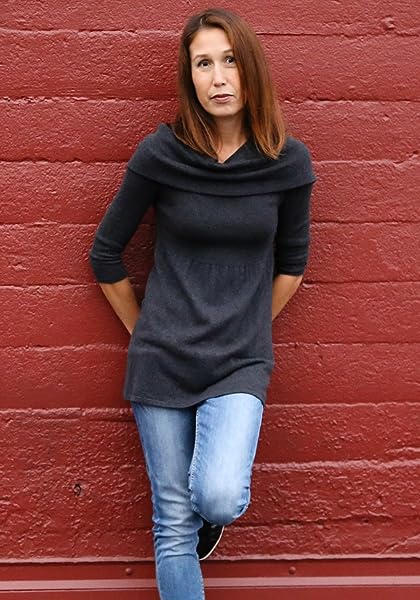 Start reading Cleaning Up Finn on your Kindle in under a minute.

Michael Helms
5.0 out of 5 stars Noir is alive and well!
Reviewed in the United States on April 13, 2017
Verified Purchase
From all appearances, Finn Roose is a born loser, user, and abuser. Like the proverbial used-car salesman, you can bet whatever comes out of Finn's mouth is--at best--a poorly disguised untruth. It seems he'd sell his own mother for a drink or a babe to use and discard. Then, things in his already screwed-up, complicated life go downhill in a hurry when he wines and dines an underage girl aboard his successful lifelong friend's swanky sailboat. After a night of drunken revelry, the girl goes missing. What follows is a rip roaring ride with highs of hilarity and lows of tragedy as Finn struggles to stay a half-step ahead off cops, a tenacious private eye, and irate parents in his quest to find the girl and clear his and his friend's name. Along for the ride, the reader learns that buried somewhere deep within Finn's facade is a spark of true humanity--loyalty, love, and a willingness to sacrifice. When the dust finally settles, we find Finn Roose a changed person . . . or is he? Sarah Chen is a bright new star in the growing resurgence of noir in today's literary scene. Wonderfully flawed characters, fast action, snappy dialogue--who could ask for more? Well, I for one can. When's Ms. Chen's next book coming out? --E. Michael Helms
Read more
Helpful
Comment Report abuse

Robert Downs
4.0 out of 5 stars Dating Ain't Easy
Reviewed in the United States on March 25, 2017
Verified Purchase
Sarah M. Chen is a lovely woman and a fantastic writer. She has got it going on, even if Finn is the antithesis of her in nearly every way imaginable. Finn might be a jerk, but his misery makes for some wonderful comedy, and you don’t want to miss this incredible ride in the passenger seat of his boss’s Ferrari.

If you’ve ever been on a date and wondered how it could possibly get any worse, or if you like reading about slimy characters because it makes you feel better about yourself, then this, my friends, is the book for you. Or if you want to simply support an underappreciated author who deserves so much more, then pick up this novella and read it for yourself.

Cleaning Up Finn gripped me at the first sentence, and it didn’t let me go until the final horn blew. The dialogue was crisp, the characters were sleazy, the pace was just right, and the South Bay setting enriched this tale in every way possible. I can’t wait to see what Ms. Chen does for an encore, because I’m gonna elbow my way to the front of the line.

Scotch Rutherford
4.0 out of 5 stars From Redondo with Lust
Reviewed in the United States on September 8, 2017
Verified Purchase
Cleaning Up Finn is pure SoCal noir. From Redondo Beach to Catalina Island (with a brief stop in Inglewood) Chen gives us the SoCal everyone envisions before they move out here. Sundrenched beaches, boats, and fast exotic sports cars—all of which round out the lifestyle of Phineas “Finn” Roose. Set in Redondo, Chen gives us a detailed HD snapshot of the landscape as focused as Jefferson T. Parker’s Laguna.

Finn is a 30-something restaurant manager, successfully stifling his waning youth without the burden of a marriage or changing diapers. He’s got a sweet gig really: an easy going management job he uses to chase tail, with seemingly unfettered access to his best friend’s red Ferrari California, and small yacht. Cleaning Up Finn doesn’t start with a bang, but rather it gives us a slice of Finn’s life—easy and recklessly fun, that doesn’t seem to be going anywhere except downhill. When Finn meets Ronnie, a fetching underage floozy, things take a turn for the worst, and Finn’s debauchery and irresponsibility become his undoing, as the bottom drops out of the cozy world he’d been coasting through.

As Finn attempts to clean up his situation—and ultimately his life, we are introduced to a motley crew of minor antagonists with their own twisted agendas; all of whom provide the lengthening shadows at the edge of Finn’s world, as the seductive SoCal sun begins to set. But as Finn’s world collapses we learn through a series of flashbacks and inner monologues, that Finn is surprisingly a man of honor. Finn’s sterling core is juxtaposed against the seductive lure of a lustful lifestyle lacking substance, that he’s enjoyed for far too long.

Ultimately this story can’t help but become a study of character in a world of polished surfaces that hide what’s directly beneath. Sarah M. Chen is an accomplished short story author, and this is her first novella. It’s a perfect in-flight read from back east to LAX, and especially if it’s your first visit to the coast.
Read more
Helpful
Comment Report abuse

David Nemeth
4.0 out of 5 stars When A Date Goes Bad and A Book Goes Good
Reviewed in the United States on November 2, 2016
Verified Purchase
Finn Roose likens himself as a player as he hits on female customers of a chain restaurant that he manages in Sarah M. Chen‘s Cleaning Up Fin (All Due Respect Books). Chen does not paint an appetizing picture of Finn’s despicableness and even though he is somewhat a like-able loser, he thinks much more of himself.

" Finn flashed his most charming smile. Oh boy, a college student. How he did love the college students. They were at that ideal age, the perfect combination of naïveté and bold self-assurance. Eager to try anything."

The only catch was, after their date, she disappears and the police suspected foul play. Chen’s novel retraces Finn’s last five days as he tries to figure out what happened. Cleaning Up Finn also looks at Finn’s past on how he got to be managing a restaurant, how he went to jail, and his strained relationship with his best friend from high school. Finn isn’t someone you’d want to bring home to meet Mom and Dad; s***, he isn’t even someone you would want to have a few beers with. But to Chen’s credit, she creates a character that most would despise, you do find yourself rooting for him now and then.
Read more
Helpful
Comment Report abuse
See all reviews