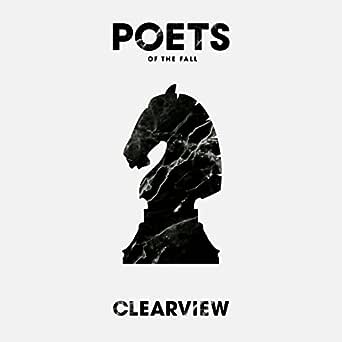 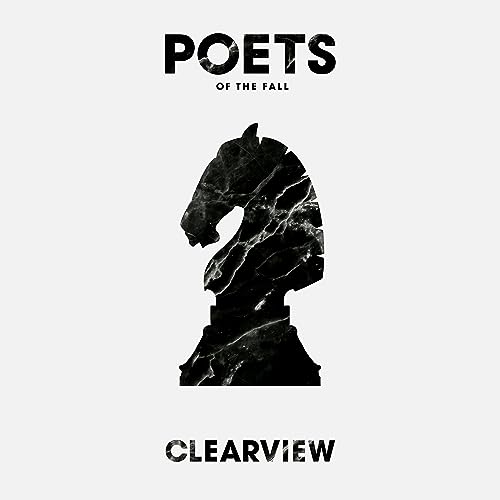 4.4 out of 5 stars
4.4 out of 5
55 global ratings
How are ratings calculated?
To calculate the overall star rating and percentage breakdown by star, we don’t use a simple average. Instead, our system considers things like how recent a review is and if the reviewer bought the item on Amazon. It also analyzes reviews to verify trustworthiness.

James Thomas Jeans
4.0 out of 5 stars Can you hear me now? Well, basically I can.
Reviewed in the United States on September 30, 2016
Verified Purchase
I've been a fairly big fan of Poets of the Fall for quite a number of years now. I'm one of the many people who discovered them through their association with game developer Remedy, who used a number of their songs across the Max Payne and Alan Wake franchises. While my love affair with Remedy has waxed, my love for Poets of the Fall has yet to wane.

Clearview is the seventh studio album from the Helsinki-based group. The good news is there isn't a duff track in the bunch. The bad news is that something has gone a little strange in the mixing of the album. It should be noted that this is the first time in the band's 13 year career that they opted to work with an outside producer -- Stefan Boman, who is acting producer for Swedish rock band Kent -- and so I wonder if that might have something to do with the different sound.

Prior to writing this review, I listened to the album a couple of times through. None of the tracks jump out at me like "Late Goodbye", "Psychosis", "Locking Up the Sun", "Carnival of Rust", "War", or "Choice Millionaire" did on the previous albums, but there's not a bad track in the lot. I never found myself reaching for the skip button, it's an enjoyable listening experience from beginning to end. My early favorite is probably "The Child in Me". It's the most unique sounding track on the album.

The real problem, as I suggested above, is the mixing. I've gone back and listened to some selected tracks from Signs of Life, Revolution Roulette, Twilight Theater, and Jealous Gods. There's no denying it: whoever mixed Clearview seems bound and determined to bury Marko's lyrics at the bottom of the musical equivalent of the Mariana Trench. Jani's bass work is also drowning in the mix.

This is a real shame, because there's a whole lot to love about Clearview. I really wish I didn't feel like I needed a lyrics sheet to make out at least 1/3 of the lyrics. But on the plus side the album hasn't completely fallen victim to The Loudness War, as there's very little in the way of unpleasant clipping or artificial boosting. It's just that the mixers decided to apply an oddly "flat" effect on the overall soundscape. Nothing pops, least of all Marko's lyrics.

If you're a fan of POTF's previous albums, definitely give Clearview a listen. Just maybe bring a lyrics sheet along.

My initial thought was that everything was just kind of...bland. Samey. Things didn't "pop". But I originally thought maybe it was the songs themselves. Except as I listen more and more, I do like some of the songs as I get used to them, so I don't really think it's the songs themselves that are different from previous albums.

Like other reviewers, I went back to earlier albums and listened, then went to the new album and listened, and other people are right. The mixing of the new album is off, it's making the sound muddier and hiding details in the songs. Because the details are hidden, the album as a whole sounds "samey" because the nuance isn't as easy to pick out.

Poets of the Fall's charm comes from two things in my mind...the beauty of the instruments (whether it's the vocals or the guitar or anything else)...and of little musical details here and there...a guitar flourish or a vocal flourish. When you drown out or overlook the details you're removing one of the big differences between PotF and other bands with similar instrument lineups.

I typically listen to bands like Sonata Arctica and Nightwish, The similarity between Poets of the Fall and them is mainly in the musical nuance, otherwise they're very VERY different bands. Squash the nuance, and there's no reason for me to listen to PotF anymore, I'll just go back to my melodic and symphonic metal.

3 stars for the mixing, 4 stars because I am finding songs I like a lot despite the mixing.
Read more
One person found this helpful
Helpful
Comment Report abuse

David W. Coman
5.0 out of 5 stars Easily one of their best albums
Reviewed in the United States on September 30, 2016
Verified Purchase
Amazing album from an amazing band. I am annoyed there where no lyrics that downloaded, but I can find them elsewhere so no big deal. This album is probably the best as far as sound quality in their entire history. There are less "big" guitar moments that stick out compared to the previous albums, so if you are primarily a fan of their harder songs or amazing solos, you may be somewhat disappointed. The music is incredible though, very atmospheric, layered, and emotional and support the vocal beautifully. Musically it exceeds what I expected from them and it was such an amazing surprise. The lyrics are intensely gorgeous as always. Marko's vocal never fails to blow you away. To me, the vocal is better matched to the lyrics and themes this time, more so than in previous albums. And on many tracks the vocal flows in ways that are unexpected to amazing effect. I'm just blown away by this album and it is quickly becoming my favorite.
Read more
2 people found this helpful
Helpful
Comment Report abuse

Kristen Redemann
4.0 out of 5 stars It's their best (if you ignore Temple of Thought)
Reviewed in the United States on October 2, 2016
Verified Purchase
It's a unique sound for PotF - not necessarily because it really pushes the envelope of experimentation, but because it overall feels softer. There are still songs that feel really intense and "heavy" as far as their sound goes, but the main focus of this album is on a quieter intensity, with songs that are slower and yet infinitely more emotionally driven.

If you really liked Twilight Theater or Signs of Life, this album is definitely for you. And it was definitely for me, 'cuz I really REALLY dig this album. But... I still gotta take one star off my score, if only 'cuz the standards set by Temple of Thought are still so very high. It's still their finest work, in my opinion, so you should definitely check that one out if you haven't already.

Not that this one's bad! It's as close of a second best as it can get, really.
Read more
One person found this helpful
Helpful
Comment Report abuse

Greg Smith
4.0 out of 5 stars A little different in style
Reviewed in the United States on February 16, 2019
Verified Purchase
I’ve been a fan of this band for a fair amount of years and seems the music is more turned into a Ballad style music More mellow than the old harder version is that they used to play but it still good music
Read more
Helpful
Comment Report abuse

Silly Sausage
4.0 out of 5 stars The Poets are still going strong (They just need to sack their Lyric Book designer ;D)
Reviewed in the United Kingdom on November 28, 2016
Verified Purchase
The Poets are back!

Given that this is such a quick release considering the release date of Jealous Gods, it feels more like a "sequel" in a way, or a "Part 2".

The music on this album is great and has the hallmarko seal of Poets quality. They step things up in this album much like in Jealous Gods, though there is still some melancholy and downbeat stuff too.

I think Twilight Theatre is my favourite album though; I hope the Poets can top that.

The only issue I take with this album is the Lyric Booklet (Yup, I'm that ungrateful). All previous booklets were well printed and works of art in themselves, yet this one is very meh. Alternating black and white pages (Chess theme) and the most bog standard MS Word font ever.

It's worth supporting an Indie band though, so this album is still very much recommended.
Read more
Report abuse