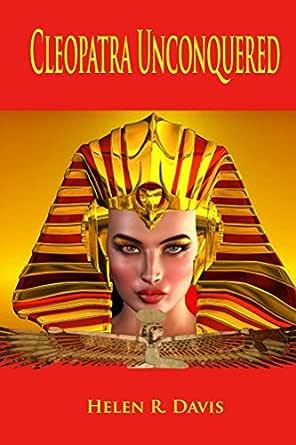 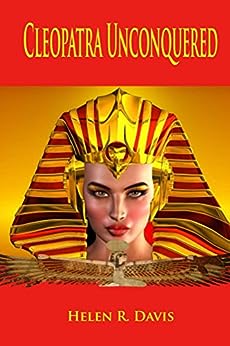 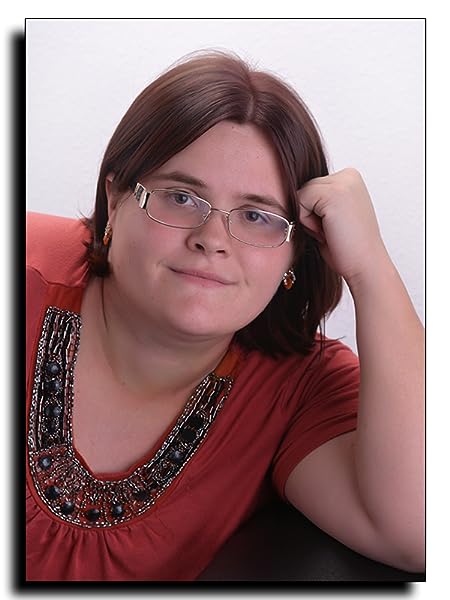 Helen Davis has a long interest in history, religion, politics, and all nations. She has studied the ancient world through the gift of books since a very young age, her passion for this era kindled long ago. She has also researched and studied many other times and eras and has a passion for strong women who have governed nations from the past to the present. --This text refers to the paperback edition.

Karen Heath
5.0 out of 5 stars Cleopatra and Anthony Live Again!
Reviewed in the United States on June 7, 2016
Verified Purchase
Helen Davis writes a well-researched, thought-provoking book on what would have happened had Cleopatra and Marc Anthony won the Battle of Actium. The characters of history are brought to life in vivid detail as true to historical records as possible. There is never a lull or lag in the plot, and details the life of Cleopatra from her birth to her shared victory in the final war of the Republic. I look forward to reading the next book in this series.
Read more
4 people found this helpful
Helpful
Comment Report abuse

Keith R. Rees
5.0 out of 5 stars Well-written historical tale
Reviewed in the United States on November 14, 2017
Verified Purchase
Helen R. Davis' tale of CLEOPATRA UNCONQUERED, from Savant Books and Publications, is a riveting one and very well-written. She has an incredible knowledge of the time period and tells an engaging story as Cleopatra goes through the trials and triumphs as the Queen Pharaoh of Egypt. We watch as her reign is constantly challenged, but uses her cunning ability as a general and strategist, as well as her political prowess to form crucial alliances with equally powerful figures, such as Julius Caesar and Marc Anthony. She mixes in interludes from the gods above in the clouds as they watch young Cleopatra's life unfold with their aid and approval. It was an enjoyable read all enthusiasts of this time period and lovers of ancient Egyptian and Roman history will enjoy it.
Read more
One person found this helpful
Helpful
Comment Report abuse

KImberly
5.0 out of 5 stars Five Stars
Reviewed in the United States on January 4, 2017
Verified Purchase
I love love love this book, one of the best books i have read. Cannot wait for the sequel
Read more
2 people found this helpful
Helpful
Comment Report abuse

elena maria vidal
5.0 out of 5 stars The Lost Glories of Antiquity
Reviewed in the United States on December 11, 2016
The first in a series, Cleopatra Unconquered by Helen R. Davis is a treat for those fascinated by Egypt and the lost glories of antiquity. The last Queen and ruler of the Egypt of the Pharaohs, Cleopatra VII, known to posterity as a shrewd politician, met her demise through a fatal alliance with Marc Antony of Rome. They were crushed and defeated by Octavian, the future Caesar Augustus. History was set upon a different course after the battle of Actium, which led to Cleopatra's death by suicide, following Antony's own self-inflicted demise. People who admire Cleopatra as a great woman ruler usually lament her tragic end which was also the end of ancient Egypt. The author weaves the fruits of her careful research into a fascinating combination of both the historical fiction and fantasy genres. It gives readers a look into history as it was, as well as into what might have been.

Davis imagines what the world would have been like had there been a different outcome to the Battle of Actium, where Antony was defeated at sea by the forces of Octavian, the adopted son of the great Julius Caesar, former lover and husband of Cleopatra. What if Cleopatra and Antony had triumphed? What if Octavian had foundered in the depths of the sea? Only someone who knows the ins and outs of the actual history can tell us. The novel, written with simple and forthright prose, is full of marvelous insights into the personalities which shaped Cleopatra's world. On the fantasy level, we are occasionally given a glimpse of the "immortals", the goddesses of Egypt, Greece and Rome, Isis, Athena, and Venus, discussing Cleopatra as they watch her life unfold from their otherworldly dimension. Their discussions are humorous but also give background information about the various motivations of the historical characters.

Most compelling is the presentation of the fears, hopes and motivations of the young Cleopatra as she grows to womanhood in a treacherous court, where members of her own family are her worst enemies. The Ptolemaic dynasty, of Greek origins, ruled Egypt for three hundred years and were famous for both incest and murder. Alexander the Great had founded the magnificent city of Alexandria, the capital of the Ptolemies, and was buried there, although his tomb is now lost. Alexandria was renowned for its architectural achievements, especially for the great library. In a palace filled with excess and luxury, the young Cleopatra seeks learning, while struggling for her own survival. Of all of her siblings she proves to be the most clever and capable. Furthermore, she truly loves the traditional Egyptian culture, religion and language, striving to learn all she can about her people and their rich heritage. Among monarchs it cannot be doubted that she is one of most fascinating in world history. It is wonderful to read a book in which she is given another chance.

Carole Rae
4.0 out of 5 stars The beginning was pretty much the same from what we know of her ...
Reviewed in the United States on April 20, 2018
Oooh I adore what-if tales so I had no choice but to give this a read. I especially adore Cleo and it always upsets me when her fall happens. In this story, Antony and Cleo win.

The beginning was pretty much the same from what we know of her life. What made this good it all seemed legit and I could believe this was the real story.

At first, I wasn't huge on the mixing of the fantasy aspect, but it grew on me. It was interesting to hear the gods opinions on these matters. It didn't take up too much of the plot or story, so the balance was good and I grew to really like it.

The beginning had me hooked and I was able to breeze through this. A fun what-if story for sure. I wish this had happened. Yes, yes, I am on Cleo's side of course. ;)

Not a huge fan of the end. I hope there is more to come!

What else to say without ruining it?

I liked how Cleo was depicted. The beginning was a little rushed, but there was a lot to go through.

In the end, this was a quick read and an interesting one. I enjoyed the what-if twist there. If only! As always, Cleo was fun to read about. The fantasy aspect added grew on me as the story progressed. I shall stamp this with 4 stars. Worth the read!
Read more
One person found this helpful
Helpful
Comment Report abuse

Annie
4.0 out of 5 stars A world where the great Queen of Egypt has kept on living
Reviewed in the United States on April 4, 2018
Being a HUGE historical reader i have read a lot of different versions of Cleopatra's life so i was really curious as to what this book could be different.

I wasn't deceived. The author imagined a world where Antony and Cleopatra are victorious.
A world where the great Queen of Egypt has kept on living.

Davis invented a totally different world where the losers would be the winners and go on to make history all over again.

Looking forward to the next book.