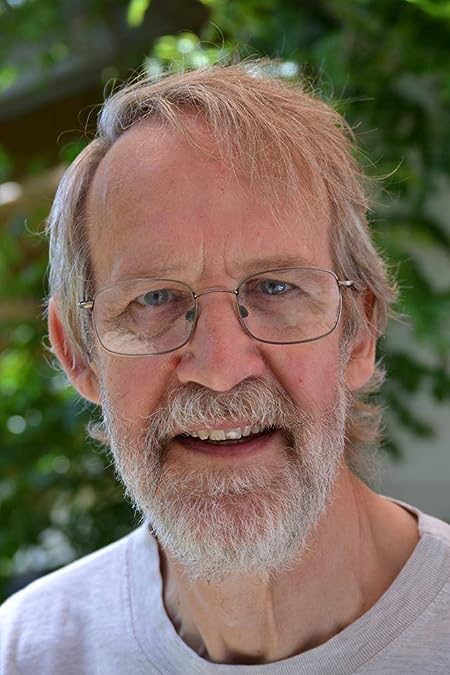 Cliff Pratt is now retired, but was formerly in the Information Technology business. He is welcoming the leisure to write books, which he couldn't do while he was working in the IT business. He is still interested in technology, and runs Ubuntu Linux at home, not the more common Windows.

He has self-published three books. One is a novel, "The Last Beautiful Woman", about a woman who ages very slowly and hides away from the world in an isolated retreat. The second is a book which describes how he self-published the first book, and is boringly titled "How I Wrote and Self Published My First Book". The third book which he has just recently published is called "The Mage and The Boffin" and is about a couple who represent the disciplines of Science and Magic. He hopes one day to sell a copy of one of these books.

He lives in Wellington, New Zealand, the most southerly capital city in the world, a beautiful city, in a beautiful country at the end of the world. 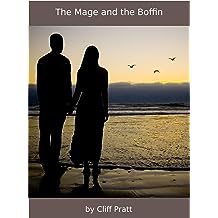 “Mmm, you mean someone has written about us?” said the Boffin.

“You know they have. Many people have over the years. They’ve called us by different names, it’s true.”

“Well, I’m a scientist, hence ‘the Boffin’, and my powers are the powers of Science. It’s obvious isn’t it?”

“Your field is magic, hence ‘the Mage’ Your powers are based in Magic.”

“Yes. Always the obvious answer! Is that all?”

“What do you mean? I’m a scientist and you’re a magician. That’s true, isn’t it? But you aren’t so interested in theories as I am. You’re more interested in connections, relationships, the mind and consciousness, and that sort of stuff. We are both highly logical people, but I thought that you weren’t when we met. That was just plain prejudice, though, because we were on opposite sides in a war! I’m interested in analysis, you’re interested in synthesis. I’m interested in objects, you’re interested in feelings. I talk in terms of neurons, and you talk about motives and intentions. We have much the same interests, but we look at things differently. I’m generalising, of course.”

“What sort of stories should be written about us, dear?” she asked.

“’What sort of stories’? We go back a long time, so the older stories will seem strange to people these days, if they are told exactly how they happened. People trapped by spells in trees and so on. So stories from the earlier times might best be written like folk-tales or fairy stories. But the stories from more modern times can be written in a more modern style. It doesn’t make a lot of difference, though, so long as they tell the stories properly.”

“That’s true. But what about us personally? Our looks?”

“Well, you’re a tall, handsome man. You wear ordinary slacks and shirts most times these days, but sometimes you wear the full regalia, the long robes, and carry a rod or wand. You rarely wear a hat but sometimes have a hood. You have long sensitive fingers and have a full beard and tend to wear your hair longish. Your skin is light brown, a bit lighter than mine, and your eyes are deep, deep brown. And I love you dearly. What about me?”

“You are the glow of a sunrise, the tinkle of water in a stream, and the warmth of a fire in winter, and I love you dearly.”

She gave him a look, and he sighed.

“OK, OK! For the record! You are a beautiful brown skinned woman, quite slender, with long brown hair (usually!). You generally wear shirts and slacks like me. On rare occasions, you wear a dress and scrub up quite well!”

“Sometimes you wear a white coat and I’ve known you wear eye glasses for effect. You are marvellous with kids, especially babies, and at one time we were barely ever without one around. Ours or someone else's! In spite of your calling you are emotional and caring, and more than a little impetuous. However, if you are deep in the throes of an experiment or serious study, you can be extremely uncommunicative and distracted, to the point of being antisocial.”

She thought about objecting, but in the end she just nodded and sighed. He put his arm round her, and she leant against him. She curled her legs up on the sofa, and the two of them stayed there like that for some time.
Read more 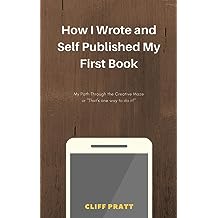 How I Wrote and Self Published My First Book: My Path Through the Creative Maze Aug 8, 2018
by Cliff Pratt
$3.49
What is this book about? Well, I’ve been writing stuff for some time, though not seriously. I’d started things, but for one reason or another, I’d never finished them.

Then, for no particular reason, I started to write more stuff, and lo and behold, I finished writing something, a novel. I felt a tremendous sense of achievement, but still had the feeling that I hadn’t finished.

I decided that I would have a go at publishing my novel, but I didn’t know how. This is the story of my writing and publishing journey, from the first few words, to the point where I have my novel self published in several places, both as eBooks and also as a paperback.
Read more 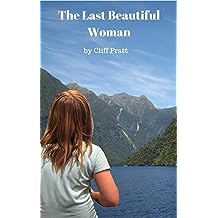 The Last Beautiful Woman Aug 5, 2018
by Cliff Pratt
$3.49
What is it like to live at least three times as long as the average human? Jenna has just passed her one hundred and fiftieth birthday and looks to be just over thirty, and she is, so far as she knows, unique. She lives in isolation from the rest of the human race in an inaccessible and protected location known simply as “her home”.

Although she is physically isolated, she still communicates extensively with other people. She has a few loyal staff in her retreat, and a number of others around the world. She has enormous global influence and talks to the leaders of the nations and other powerful people around the world by videoconference and videophone almost every day.

She is reconsidering the reasons for her isolation, and wonders whether those reasons still apply. How did she come to be living in isolation. Is it time for the isolation to end?

She sees in an article by a newspaper reporter an indication that, perhaps, her affect on society has not been completely positive. She decides to ask the newspaper reporter to visit her to discuss his views, but she underestimates the effect of this break in one hundred years of tradition. George, the reporter, and his friends are sucked into a whirlwind of global interest.

Their lives will never be the same again.
Read more
Other Formats: Paperback