You've subscribed to Clifton Chase Adventures! We will preorder your items within 24 hours of when they become available. When new books are released, we'll charge your default payment method for the lowest price available during the pre-order period.
Update your device or payment method, cancel individual pre-orders or your subscription at
Your Memberships & Subscriptions
There was an error. We were unable to process your subscription due to an error. Please refresh and try again. 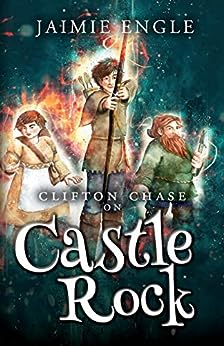 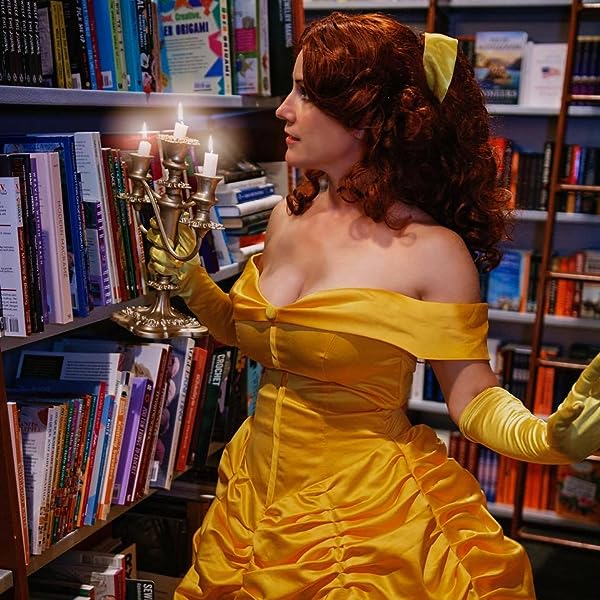 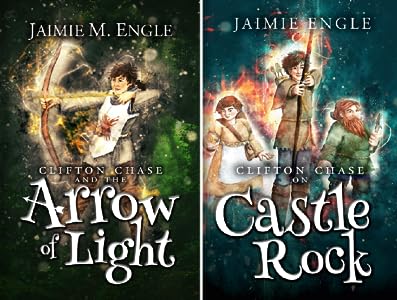 MK French
4.0 out of 5 stars A middle grade variation on Robin Hood
Reviewed in the United States on November 24, 2020
Review first posted at Girl Who Reads. A free copy was provided in exchange for an honest review.

As much as Clifton would like to return to normal, two boys being bullied in his school look an awful lot like the two princes he knew in 1485. The Arrows of Light were stolen from his closet for Prince John of Nottingham, indicating that Clifton is meant to help Robin Hood and the people of Sherwood Forest. He’d rather not go, but Dane was alive at the time, and the temptation to warn him of the future is too much to pass up.

Ryan is still a bully, going after Clifton and younger boys, making Clifton feel small and useless. Add in a magical creature stealing the Arrows of Light, and it doesn’t take much more for him to return to the past. This time, he goes back to 1190, where Dane is essentially a teenager and argues with Liv rather than loves her dearly. Hearing the Arrows of Light were stolen automatically leads the two to work with Clifton, despite the dangers, as a Sheriff of Nottingham using the arrows to beat Robin Hood in an archery contest could spell everyone’s doom.

Robin Hood and the Merry Men don’t behave in courtly ways in the story and are prejudiced against the dwarves. There is bad blood between dwarves and humans that started generations before, adding additional difficulties to Clifton’s determination to help Robin Hood. He’s captured, ridiculed, and disbelieved by just about everyone he meets. The meetings with Robin don’t go as planned, and the archery competition is full of threats as well as the heavyweight that everyone’s freedoms depends on Prince John losing.

This is an interesting take on the Robin Hood story and reiterates that friendship and loyalty are the most important riches a person can have.
Read more
Helpful
Report abuse

Kasey at Story Sanctuary
5.0 out of 5 stars Another Great Adventure!
Reviewed in the United States on January 21, 2021
It’s been a little while since I first read about Clifton Chase and his adventures with magical arrows, but I still remember how much fun the concept was– that a boy is transported to a moment in history less commonly visited and has a chance to be a part of critical events. He makes life-changing friendships and learns a lot about courage.

So with all that in mind, I was pretty excited when I heard that Jaimie Engle was planning to release a sequel. She has talked about it as a possibility for years, so it was really exciting to see it become a reality.

I liked that though the story visits Robin Hood’s time and introduces some familiar characters from that story, the tale stays focused on Clifton. He faces lots of challenges and has to navigate difficult circumstances. One example is that he meets a younger version of Dane, his friend and mentor from CLIFTON CHASE AND THE ARROWS OF LIGHT, and desperately wants to warn him about something that happened to him at the end of the first book.

I think my favorite moment in the story is when Clifton decides to get Dane’s attention by trying to leap on him and pin him down, the way Dane did to him in the first book. It doesn’t quite work out the way Clifton planned, which felt so true to their relationship.

All in all, I thought this was a fun adventure story about courage and friendship.

Note: I received a free copy of this book in exchange for my honest review.
Read more
Helpful
Report abuse

John Barrett
5.0 out of 5 stars A great read.
Reviewed in the United States on November 24, 2020
Honestly I'll read anything jaimie writes however I didnt have the pleasure of reading the first book in this series. I was a bit worried to read this one as I figured I may be lost. That was not the case as always jaimie does an amazing job of bringing the story to life an tells a story in a way you always get lost in her books. I picked it up the first time planning on reading a few pages an I read a few chapters.

I highly recommend this book in general an if you love the series you'll absolutely love this story. If you havent had a chance to read the first one it's ok. I'd still say get them both they're worth it. Every book she writes I find myself loving I'm not a kid either. So dont over look this one if you're an adult too.

Jason Irizarry
5.0 out of 5 stars Awesome read
Reviewed in the United States on November 28, 2020
Clifton Chase on Castle Rock is the second installment in the Clifton Chase series. As much as I loved the first one, Clifton Chase and the Arrow of Light, Castle Rock leaves it in the dust. It is evident that Jaimie Engle has found her voice. It was fun and profound. It is also one of the best ways to have a great discussion about what is going on right now. Just like Arrow of Light tackled bullying, Castle Rock takes on racism in a smart and nonoffensive way. Great art holds a mirror to society and that is what she has done in an almost Lewis-ian style. Great for kids and parents. As a father, I loved this book. As a fan of fantasy, I loved this book. As a fan of reading, I loved this book.
Read more
Helpful
Report abuse

Angela Barnes
5.0 out of 5 stars Well worth the wait!
Reviewed in the United States on November 24, 2020
We were so happy to return to the story of Clifton Chase, his time travels, and his magical arrows. The second book in the series gave us some new characters as well as a happy return of some of the old ones. Jamie Engle does an excellent job portraying the mind of a middle-school boy. Once again, she managed to tell a great story that realistically handled moral lessons without it seeming too "in your face". Clifton's woes and triumphs kept my 9-year-old son and 12-year-old daughter engaged and wanting more during our family read-a-loud time (I'll even admit to being caught up in it myself). Well done Jamie Engle!
Read more
Helpful
Report abuse
See all reviews
Back to top
Get to Know Us
Make Money with Us
Amazon Payment Products
Let Us Help You
EnglishChoose a language for shopping. United StatesChoose a country/region for shopping.
© 1996-2021, Amazon.com, Inc. or its affiliates