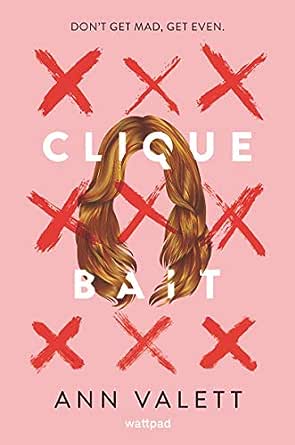 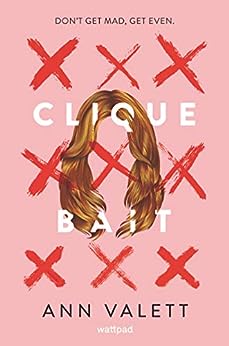 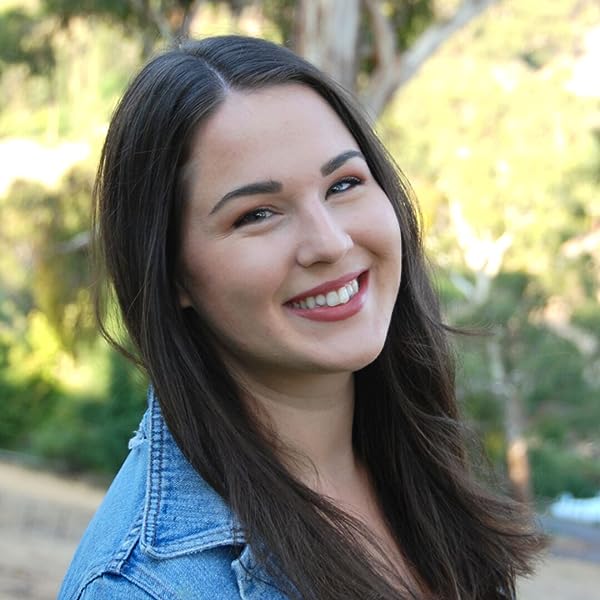 This is a delicious piece of young adult candy... it is a fun page-turner sure to delight fans of teen drama.  For lovers of Cecily von Ziegesar’s “Gossip Girl,” Sara Shepard’s “Pretty Little Liars,” Susan McBride’s Very Bad Things, and Megan Abbott’s Dare Me. (School Library Journal) --This text refers to the hardcover edition.

Ann Valett is an Australian author whose fanbase includes over 56,000 followers on Wattpad and counting, with a combined 17 million reads. Along with a passion for writing, she has an interest in engineering and is currently completing her bachelor's with honors while also satisfying her guilty pleasure of dramatic TV shows.

4.0 out of 5 stars
4 out of 5
15 customer ratings
How does Amazon calculate star ratings?
Amazon calculates a product’s star ratings based on a machine learned model instead of a raw data average. The model takes into account factors including the age of a rating, whether the ratings are from verified purchasers, and factors that establish reviewer trustworthiness.

Katrina
4.0 out of 5 stars Some Spoilers - Good Read
Reviewed in the United States on April 30, 2020
Verified Purchase
This book is like Gossip Girl meets Veronica Mars meets 90210 meets all the Lifetime movies about peer pressure and social media bullying with a Revenge twist cherry on top.

Seriously, there is a lot going on here! But it all flows pretty well and was interesting enough that I read the whole thing in a single night. There doesn’t seem to be any wasted content that doesn’t, in some way, lend itself to the overall story, which I appreciate.

SPOILERS!! SPOILERS!! SPOILERS!!
*
*
*
*
*
*
*
*
*
*
*
*
There were a couple of things I didn’t like: Monica’s character arch being the first. It’s pretty obvious throughout the story that Monica is no longer with us, but coming to find out why was just...really anticlimactic. I was expecting something way different based on how zealously Chloe was about getting revenge for her friend, especially considering that, from my standpoint at least, the Level Ones didn’t really contribute to Monica’s situation as much as we’re led to believe. Like, okay, they dared her, but it is made explicitly clear that she wasn’t being forced or peer pressured to act the way she did or make the decision she did *at all* — if anything, it’s more like a cautionary tale on the dangers of over intoxication rather than bullying, because Will and Lola and Chloe, as well as video evidence, make it pretty clear that Monica was just kind of a brat with delusions of grandeur and a rich kid’s spoiled mentality. So that being said, the whole plot kind of falls apart for me.

Which brings me to the next thing I didn’t like: Chloe! I know, “how can you not like the main character?!?!” But, yeah, I would not be friends with Chloe. She was a hypocrite throughout most of the book, which she does acknowledge and so is thus slightly redeemed, but because the plot doesn’t make sense to me, none of her actions make much sense to me, either. I don’t understand why someone would so vehemently try and get revenge for a friend who you a) admit wasn’t really your best friend anymore, and b) who was responsible for their own demise. It’s like Chloe focused all of her anger about Monica onto these mean kids at her school who were just convenient scape goats. Plus, she was kind of wishy-washy. Always flip flopping on whether to take down Will or not. I understand everyone grieves in their own way but most of the time she just seemed like an angry kid who was honestly too smart for her own good.

What I did like about this book: Chloe is fully aware of her faults. I can appreciate that in a character even if I don’t like them. I liked the pacing in the book, too. There was only one part that felt unnecessary to me, but even that ended up playing a part in things. I also liked that reading this felt like seeing Gossip girl or Veronica Mars again for the first time. There were quite a few parts where I thought, “wow, I swear this is something ripped from a tv show” but not in a bad way. The outer relationship dynamics really rang of Gossip girl for me, while the inner relationship dynamics were more like 90210, and the relationship between Chloe and Will was very Veronica and Logan. I feel like Chloe’s anger was very Revenge, too. Since those are all tv shows I enjoyed, I’m not complaining!

Overall, it was a decent read. I gave it four stars because I didn’t hate it. I don’t know if I’ll ever read it again, but it was a nice summer read.

Pink Amy
TOP 1000 REVIEWER
2.0 out of 5 stars Tropes galore
Reviewed in the United States on May 4, 2020
Verified Purchase
Chloe plans to take down the popular kids after her best friend Monica is gone. She doesn’t plan on falling for one of the guys.

CLIQUE BAIT started off strong, with Chloe, clearly pained, wearing her heart on the outside. As the plot continued, the story lagged, Chloe became one of the mean kids, and characters became tropes.

The quality of Ann Valett’s writing is the strongest component of CLIQUE BAIT. I never got a feel for why Chloe and Monica were such close friends and the lure of popularity that seem to cause Monica’s personality change. I never got a feel for any part of Monica that made me care she was gone (which means exactly what you think it does).

The ending quick, tidy and unrealistic ending was the weakest part of the story. CLIQUE BAIT isn’t a bad book, it’s just not very good and lacks payoff of satisfaction at the end.
Read more
Helpful
Comment Report abuse

Amazon Customer
4.0 out of 5 stars Great book, but needs some refining
Reviewed in the United States on May 15, 2020
Verified Purchase
I read the book's first version on Wattpad before, so I knew what I was getting into. Still, I loved the book. Even more with some of the changes made.

Changing Max so he was no longer a member of Level One just fit.

Having Francis and Sophie as twins was not something I expected, but you made it work.
On the topic of Sophie, I did not expect her to be sneaking around with a teacher, but it does seem realistic to me. On the other hand, while I was attached to the idea that Jack was sort of her informant, it makes sense to scratch away that plot (I thought it was mainly there for shock value, given that we received no hint toward it being Jack).

Talking about Jack…I think it is not completely realistic for him to unleash everything due to something that happened in freshman year. The texts might have been published in senior year, but they blew over pretty quickly

Excluding Li seemed like the right choice. When I read the original version I was never quite sure what her role was, considering she never said much.

I’ve always loved Maddy's character. She seemed the most relatable, the most human. I don't have much in common with her, but she just seemed real to me. That is why I was disappointed to miss some of her bonding with Chloe that was present in the original, such as the brownies. Then again, what would be the point of the brownie scene if not to show what happened later?

On Monica's demise…I actually liked better the version from High School Hit List. I like more the idea of it being an overdose mixed with alcohol than a diving accident (likely caused due to alcohol as well). But I have to say, much like in the original, the book made me hope that Mon was still alive. In rehab or away at boarding school or something.
Read more
Helpful
Comment Report abuse
See all reviews from the United States

K A Perlejewski-Shah
4.0 out of 5 stars Loved it!
Reviewed in the United Kingdom on May 3, 2020
Verified Purchase
I loved this book after reading the original book on Wattpad.
I would give it five stars but some plot points changed to create a standalone narrative were removed and I liked the opening to explore the other characters in the future that was in the original.
I wanted to know more about Will’s past with Lola and Maddy and Francis relationship from the original wattpad book.
However, I was hooked and loved the imperfections Chloe had to make her a good protagonist
Read more
Helpful
Sending feedback...
Thank you for your feedback.
Sorry, we failed to record your vote. Please try again
Report abuse