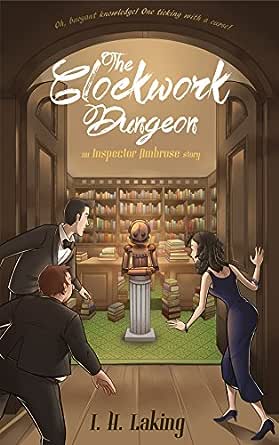 You've subscribed to Inspector Ambrose Mysteries! We will preorder your items within 24 hours of when they become available. When new books are released, we'll charge your default payment method for the lowest price available during the pre-order period.
Update your device or payment method, cancel individual pre-orders or your subscription at
Your Memberships & Subscriptions
There was an error. We were unable to process your subscription due to an error. Please refresh and try again. 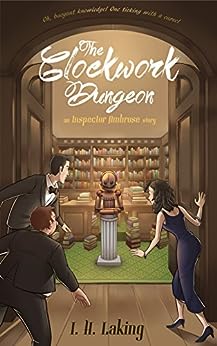 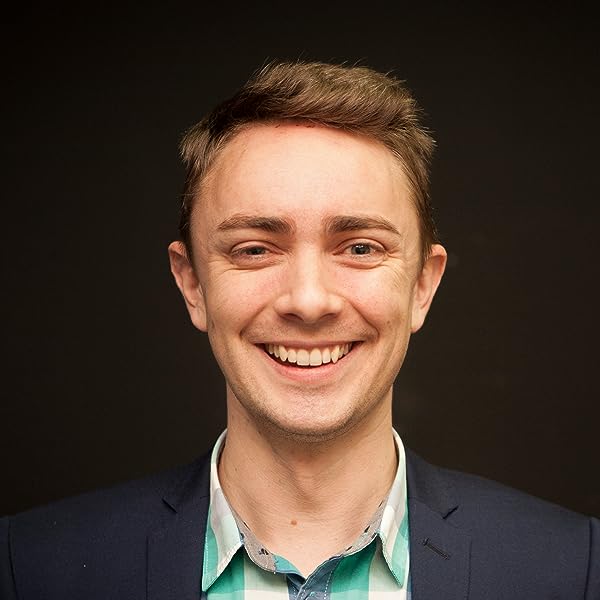 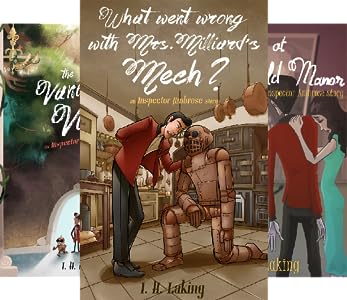 4.3 out of 5 stars
4.3 out of 5
6 customer ratings
How does Amazon calculate star ratings?
Amazon calculates a product’s star ratings based on a machine learned model instead of a raw data average. The model takes into account factors including the age of a rating, whether the ratings are from verified purchasers, and factors that establish reviewer trustworthiness.
Top Reviews

Ron Mac
5.0 out of 5 stars Another fine Inspector Ambrose story.
Reviewed in the United States on April 19, 2017
Verified Purchase
~I do like reading about the exploits of Inspector Ambrose and his partner, Detective Percy Portland.
~This had a couple interesting twists. Without giving too much away, first off, Ambrose was not at his best…this allowed Detective Percy to truly shine. They both are written well and the author plays each off the other, highlighting each character’s strengths.
~Next, we are introduced to a new character, one Felicity Aramis, the younger sister of Ambrose. Felicity is a lady with much more depth than initially meets the eye.
~Finally, while this is a complete story, it does hint at some unfinished business…The Assassins Guild!
~I recommend this story, as well as the other books in the series.

Sped 1
5.0 out of 5 stars Clockwork dungeon
Reviewed in the United States on August 10, 2017
Verified Purchase
Palin has written a which is part Victorian novel, Sherlock Holmes, Terry Pratchett, and steam punk. The author has melded these diverse elements into a good that is enjoyable for older readers as well as young adults. I could recommend this series of short stories to anyone.
Read more
Helpful
Comment Report abuse

love books77
5.0 out of 5 stars Fast paced great read!!
Reviewed in the United States on April 6, 2018
Great read! Just could not put it down. Love Felicity and the way she snuck into a main character loaded with suprise
Read more
Helpful
Comment Report abuse

Eva S.
4.0 out of 5 stars Very good read Very entertaining just wish it had been longer
Reviewed in the United States on September 17, 2017
Highly recommended Will definitely read the rest of the series if they are enjoyable as this one was so take the time and check this book out you won't be disappointed
Read more
Helpful
Comment Report abuse

Ninotchka Mantrom
5.0 out of 5 stars A Nice Afternoon of Reading
Reviewed in the United States on September 14, 2017
My husband picked this up for me recently and I got through this within an hour. It's quite a charming story, with a level of light hearted snark I don't see in a lot of detective stories. I enjoyed the characters of Felicity and Percy greatly, and plan to read other books by this author. The only issue I had was the length, but even then it's brevity makes for a good beach book or book to take with you to a doctor's appointment. Thank you for writing such a lovely work!
Read more
Helpful
Comment Report abuse
See all reviews from the United States

Hopeful Evangelist
3.0 out of 5 stars Good
Reviewed in the United Kingdom on January 28, 2019
Verified Purchase
In some ways the best of the series so far.

Except that the surprising conclusion wasn't. Perhaps the author wants the reader to feel clever for working it out? However, the hints in the narrative are just too glaring. It is too easy.

On the other hand, in this story, Ambrose comes across as extremely obtuse, blinkered, even thick. Percy stands out. This doesn't quite fit with their back story, nor their previous successes.

Stupid plot errors - how can a gagged person scream? It is stated that they had barely enough water to live, but how does a bound and gagged person drink?

There are other factual errors and a number of typos and grammatical errors. Admittedly, there are not as many as in previous stories in the series.

The basic plot is good, but some of the better ideas are not really developed. Some of the problems are made to appear very difficult, then they are solved far too simply. "With one bound he was free …"

I think that this series would actually be improved by fewer, longer, stories and some denser plotting. The author seems to be unsure whether he is writing light, comic, tales or somewhat darker and more serious stories.

Finally, I keep saying it, but I guess the author doesn't read reviews: get the book proof-read a few times before publishing.
Read more
Helpful
Sending feedback...
Thank you for your feedback.
Sorry, we failed to record your vote. Please try again
Report abuse