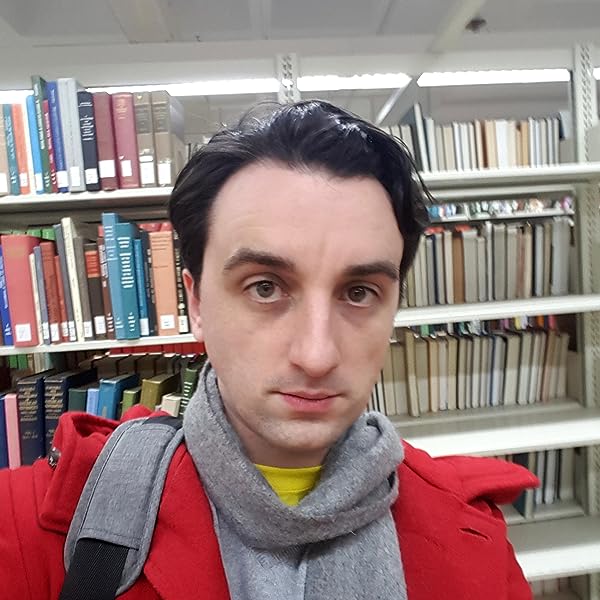 Keith Burgun is the author of Game Design Theory: A New Philosophy for Understanding Games. He is a contributing editor to Gamasutra and his own design blog at keithburgun.net. He has taught game design at a number of schools, including SUNY Purchase College, The New York Film Academy, and the Katonah Arts Center. He has also guest lectured at NYU and Franklin & Marshall College.

4.1 out of 5 stars
4.1 out of 5
10 global ratings
How are ratings calculated?
To calculate the overall star rating and percentage breakdown by star, we don’t use a simple average. Instead, our system considers things like how recent a review is and if the reviewer bought the item on Amazon. It also analyzes reviews to verify trustworthiness.
Top reviews

Robert M. Seater
5.0 out of 5 stars A clear, concise, and thoughtful analysis of game design
Reviewed in the United States on July 21, 2015
Verified Purchase
I really liked Keith Burgun’s new book, especially the parts I disagree with. Let me explain.

I find this book (and his writing in general) pleasing in its precision, its smooth readability, and its practical approach. Most books on games design I read (and I have read many) lay down some vague definitions, fail to take an definitive stand on any issue. When they do take a stand on some issue, their claims are filled with qualifiers and vagaries that cannot be nailed down enough to intelligently agree or disagree. I am left uninspired and mildly irritated. Keith’s writing is quite the opposite.

Keith has a style of writing and thinking that I find almost entirely lacking in discussions of games – clearly terminology, a focused topic area, careful supporting arguments, and unapologetically following a line of reasoning to its conclusion. His approach is also practical; it can be applied immediately to the act of designing games, not just in the act of talking about games. Lastly, the book is short and concise. It doesn’t try to cover every aspect of game design, or rehash old ideas. It focuses on a clear thesis viewed from multiple angles and supported with concrete examples.

Clockwork Game Design focuses on how various elements of a game such as goals, supporting mechanics, and content creation relate to the game’s core mechanism – concepts that get tossed around a lot but rarely spelled out carefully. Keith defines the concepts, articulates his view on how those concepts should inter-operate, and follows them to a logical conclusion. Sometimes he follows a line of reasoning a bit too far, but in the process it is always insightful.

For example, I like the approach he describes of relating all mechanics and decisions in the game to the core mechanism, as that provides cohesion to the player’s experience and eases the designer’s job of creating emergent complexity. And I agree that having multiple core mechanisms that are only loosely connected is a detriment seen all too often. However, I think there is a place for games that have multiple core mechanisms, provided they are tightly intertwined with strong and direct links. His approach helps me to crystallize and articulate my own views, even when I disagree on some points. Also, I agree with most of it.

In a few cases I think some of his analogies are a bit off, but the underlying points are solid. For example, he makes a comparison between stories and rulebooks, saying that stories are easier because they are linear while a rulebook is harder since it is describing a non-linear system. His point about rulebooks is well taken, but I suspect a great many authors would point out that many stories are non-linear and putting them into linear form is quite hard. So, while I may quibble with his comparison, I do not disagree with his underlying point. Writing, in any form, is hard when it requires linearizing a non-linear topic. Thinking of rulebooks in that light helps clarify why they are hard, and suggests techniques for doing a better job. So, once again, I find his ideas extremely helpful even when I disagree on some points.

Lastly, I will note that much of his writing (including this book) gets simultaneously criticized as being wrong and as being obvious. Those polarized criticisms signal that he has uncovered a dissonance in the community that should be confronted and analyzed. If some people think that a game obviously requires a single strong core mechanic, and others vehemently argue that a core mechanic is unnecessary, then there is something deep to be learned here about games. This book helps to crystalize the issue and move us towards a better understanding of the art of game design.

Whether or not you ultimately agree with Keith’s conclusions, your time reading his book will be well spent.

Jacob Simon
5.0 out of 5 stars Find Your Core
Reviewed in the United States on September 7, 2015
Verified Purchase
The ability to define one's terms in a discussion or debate is a skill that seems to be sorely lacking in today's culture.

It is a skill you will need to appreciate Keith's book.

Many readers will never be able to make it past the taxonomy of interactive systems that Keith has developed and presents in his work, including here in Clockwork Game Design. They will see that some of their favorite games like Final Fantasy or Skyrim aren't even classified as "games" under his system and immediately dismiss the work as worthless.

This is a major mistake, as there are many valuable insights to be gained from the approach presented by Clockwork Game Design, even if you don't necessarily agree with all of the conclusions that the book draws. If nothing else Keith presents a clear and precise framework for a practical approach to game design. This is a refreshing contrast to the majority of the works that make up the oeuvre of game design literature, which offer an almost mystical perspective to the "how" or "why" of actually creating rules for games.

That last statement is key, because again unlike most other works in this field Keith recognizes that the actual, nuts and bolts DESIGN of games comes down to the rules and systems. Too many other books tread into the waters of development, art, and business. Games (at least as Keith defines them) come down to the rules.

The key thesis of this book, that your game needs a core mechanism, and that everything in the game should flow from and support the core mechanism as closely as possible, is a wonderful blueprint for the design of the specific kind of interactive systems that Keith has defined as "games". You may not (and I did not) always agree with exactly how far the book takes some of its premises, or some of the unspoken assumptions that lead to its conclusions, but I firmly believe that the principles laid out are invaluable to the beginning of good game design.
Read more
3 people found this helpful
Helpful
Comment Report abuse

Paul Davison
5.0 out of 5 stars Simply the best book on Digital Game design
Reviewed in the United States on October 3, 2016
Verified Purchase
Mr. Burgun is one of the most insightful game designers and writers out there. He has the special gift of being able cut to the heart of tangled and complex issues. This and his previous book on Game Theory are the best books you will ever read on the subject. Anyone doing anything in the field of digital games must read this book.
Read more
One person found this helpful
Helpful
Comment Report abuse

Noé Falzon
2.0 out of 5 stars Disappointing and expensive
Reviewed in the United States on June 5, 2015
Verified Purchase
The author spends a lot of time introducing his own "clockwork design pattern", bragging how much better it is than its opposite, the "patchwork design pattern" (also an invented term), throwing opinions and unverified claims like they are scientific facts. However, the book concludes without ever giving an actual description of that pattern, or processes, nor specific details on how to create or improve game mechanics. The book basically reads "the clockwork design pattern is to follow good game design practices".

This summary in the book description says it all: "A game can achieve clarity of purpose by starting with a strong core, then removing elements that conflict with that core while adding elements that support it." The rest of the book mostly rephrases that without really giving more precision.

It is not "hand-on" nor "practical" (as claimed by the book description) and the exercises are anecdotal. It is a very general compilation of design advice, that can be found from other well known, more thorough game design books, and all in all mostly common sense. It is at best an introduction to the matter, but not a very good one at that.

All the relevant information from this book can be found from much better reads such as The Art of Game Design: A Book of Lenses (Jesse Schell) or Level Up! The Guide to Great Video Game Design (Scott Rogers).
Read more
46 people found this helpful
Helpful
Comment Report abuse
See all reviews

Highly recommended, it helped me and my team with our design process.
Read more
Report abuse

Amazon Kunde
5.0 out of 5 stars Highly recommended if you are interested in Systemic approach to Game Design
Reviewed in Germany on January 11, 2016
Verified Purchase
I'm a pretty novice game designer my self and this book has helped me a lot to identify why my designs are good/bad.
The book offers a pretty interesting view on games (or the 4 forms as described in the book) and breaks them down into understandable chunks. While i do not agree with everything Keith is saying, i still think that there's a lot of value in his way of thinking. This is one of the very few books on game design that actually gives practical advices on how to approach a design at the very core. Again if you are into the systemic, formal side of creating interesting interactive systems you should buy this book!
Read more
Report abuse
See all reviews
Pages with related products. See and discover other items: 2d design