The Clockwork Magician and millions of other books are available for Amazon Kindle. Learn more 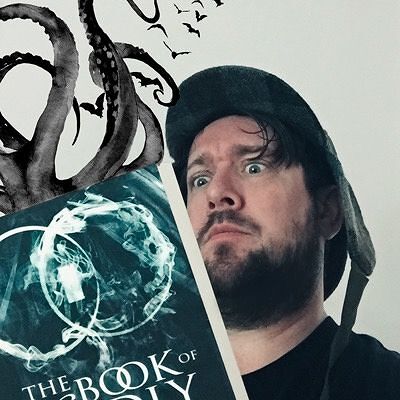 by Eldritch Black (Author)
4.5 out of 5 stars 12 ratings
See all formats and editions
Sorry, there was a problem loading this page. Try again.

A street urchin with a mysterious gift. A nightmarish enemy hunting over the gaslit streets of London. Dark Magic Rising.

It’s a cold winter’s night when Jake Shillingsworth, serving boy at The Tattered Crow, finds himself running a task for his monstrous master Silas Grumble. Jake’s errands are never fun, but this one is worse than most. This one’s for a witch…

When Jake’s best friend is snatched by a terrifying creature he’s forced to seek help from Professor Thistlequick; an eccentric man known as the clockwork magician.

Soon Jake finds himself in strange shadowed streets and soaring over clouds in a race to stop the gravest of threats. London Bridge is falling down, and so will the entire city if Jake and his unlikely companions fail.

The Clockwork Magician is what would happen if Sherlock Holmes met Doctor Who with a Dickensian cast of grotesques, nail biting adventures, and shadowy heroines who aren’t what they seem.

Buy The Clockwork Magician today and embark on this thrilling adventure today!

“Eldritch Black is a superior story teller! Every character is brought fully to life with very few words, and what a delightfully creepy cast of characters he's written”

“Wonderful world building paired with a perfect tone of dark and spooky.”

“(Reviewing on behalf of my 11 yr who read this book)
I absolutely loved it! Just the right amount of scary. It kept me on the edge of my seat!”

Eldritch Black writes spooky tales and magical  adventures. His novels include 'The Pirates of Penn Cove', 'The Day of the Jackalope' and 'The Clockwork Magician', 'Krampus and The Thief of Christmas' & 'The Book of Kindly Deaths' . He's also written a magpies's nest of short stories and peculiar tales including 'One Dark Hallow's Eve', 'The Ghosts of the Tattered Crow' and 'The Mysterious Case of Spring-Heeled Jack'. Eldritch was born in London, UK, and now lives on a small island near Seattle, which may or may not be surrounded by a giant octopus and unmentionable, fearsome beasts. When he isn't writing, Eldritch enjoys long walks on the rainy beach after midnight amid the distant roar of krakens and the troubling gibber of three-eyed toads. You can find out more about Eldritch by visiting: eldritchblack.com instagram.com/eldritchblack/twitter.com/EldritchBlackfacebook.com/EldritchBlackAuthor/
Start reading The Clockwork Magician on your Kindle in under a minute.

Eldritch Black writes spooky tales and magical adventures. His novels include ‘The Pirates of Penn Cove’, ‘The Island Scaregrounds’, ‘The Clockwork Magician’ & ‘Krampus and The Thief of Christmas’.

He’s also written a magpies’s nest of short stories including ‘One Dark Hallow’s Eve’, ‘The Ghosts of the Tattered Crow’ and ‘The Mysterious Case of Spring-Heeled Jack’.

Eldritch was born in London, UK, and now lives on a small island near Seattle surrounded by a giant octopus, and unmentionable, fearsome beasts.

When he isn’t writing, Eldritch enjoys long walks on the rainy beach after midnight amid the distant roar of krakens and the gibber of three-eyed toads.

You can find out more about Eldritch by visiting:

Montzalee Wittmann
5.0 out of 5 stars Amazing adventure!
Reviewed in the United States on March 6, 2021
Verified Purchase
The Clockwork Magician
By: Eldritch Black
Narrated by: Hannibal Hills

I love and hate this world that the Professor and Jake live in. I love the wildness, steam punk, horror, magic, witches, creatures, and total craziness that it has. I hate that poor Jake has had to endure the cruel pub owner his whole life.

Jake has a special gift, he can see magic! He has two different colored eyes and one of those can see magic. He saw a creature take his friends but no one will believe him. No one believed him about the ghosts either. Now he saw a flying ship. He needs to get his friends back. His only hope is the Professor.

Their adventures almost get them killed a few times but it sure is exciting! The imagination and creativity in here is astounding! I loved every bit! I love steam punk anyway but this goes way past that! Add supernatural, paranormal, fantasy, sci-fi, lots of adventure with sprinkling of humor and you might be closer. World building is spot on and so are the characters.

The narration is out of this world! I thought there must be a couple of narrators. Surely one person couldn't make such varied voices but I was so surprised. Wonderful!
Made for middle grade kids but I enjoyed it too!
Read more
Helpful
Report abuse

kanga2012
5.0 out of 5 stars So imaginative !
Reviewed in the United States on February 27, 2021
Verified Purchase
There are so many creative imaginary characters and events in this story. A ship that is invisible, a flying bicycle, an old fashioned professor with many tricks up his sleeve and in his pockets! A pure delight!!
Read more
Helpful
Report abuse

BagpiperDon
5.0 out of 5 stars Another BLAST with an Eldritch Black Book
Reviewed in the United States on March 2, 2020
Verified Purchase
This is now the 6th Eldritch Black book in my collection. I've had an absolute ball with his others -- and I'll admit, I've only just begun reading The Clockwork Magician ... and OFF WE GO AGAIN!
Read more
Helpful
Report abuse

Kevin Potter
4.0 out of 5 stars An interesting, though unpredictable, story
Reviewed in the United States on October 13, 2019
Here we have an interesting take on an alternate London that quickly becomes wildly unpredictable.

As always, Hannibal Hills gives us a phenomenal audio performance. His voices are varied, distinct, and masterfully crafted; male and female voices both. His vocal inflections and accents are always spot on, and his tempo shifts are always perfect for the tension in any given scene.

Although there are only three or four characters with any real development, they are well developed. Each has their own quirks, goals, and motivations.

The world the author has created is interesting, though I can't help thinking that the ramifications of the available technology have not been adequately considered.

The existence of magic is touched on, but other than the fact that it exists and tends to swirl around the main character there is almost no actual information about the magic of the world.

The writing style is a little old fashioned and reminiscent of The Alchemist. However, between the lack of details and general silliness of a lot of it, I can't help thinking this book was written for a middle grade audience, perhaps the 10-12 age group.

Not that this is a bad thing, I just wasn't expecting it.

I only have one real issue with the story though, which is the general unpredictability of it. For about the first half (give or take) of the book, there is a fairly logical progression of events that are directly tied to the main character's actions.

And then the Clockwork Magician gets directly involved in the plot.

From there, the plot gets more and more random. There is very little rhyme or reason to most of the events until near the end when the main character's actions become the driving force again.

This randomness isn't quite enough to be labeled Deus Ex Machina, but it comes very close.

Now, past that we come to an ending that is reasonably well thought out and brings the story to a neat and satisfying close.

I would recommend this book to any steampunk reader who likes things a little on the silly side and is here more for the steam tech than the magic.
Read more
2 people found this helpful
Helpful
Report abuse

James Marsh
5.0 out of 5 stars Steampunk Middle Grade Dickensian Adventure
Reviewed in the United States on October 17, 2019
This book was given to me for free at my request and I provided this voluntary review.

Eldritch Black's new series starts with a poor street urchin Jake Shillingsworth that works at a run down inn under a cruel taskmaster. He is different. He can see things no one else seems able to with his mismatched eyes. A witch, a cogwork man, a demon and a an invisible airship later, his friends are missing and his life is in danger.

Enter the eponymous is somewhat scatter brained cogwork magician. He introduces fantasy, whimsy and all types of steam powered contraptions.

The main characters are realized and brought to life with skill and the adventure takes twists and turns throughout. There are no dull moments. The setting of a fantasy London with steampunk trappings is vividly brought to life and by the action packed conclusion, promises of future adventures await. You can enjoy this book as a standalone novel and enjoy it.

There are children in constant peril and some of the threats are suitably creepy that I would say your average middle grade child could handle it, but this adult enjoyed it thoroughly as well.

I knew this duo from a previous work "Krampus and The Thief of Christmas" and was pleased to find they're only getting better.

I cannot recommend this book enough for the young and young at heart.
Read more
One person found this helpful
Helpful
Report abuse
See all reviews