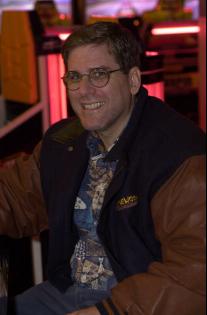 Praise for Steven L. Kent and the Clone Republic novels

Steven L. Kent has worked as a telemarketer, an adjunct college professor, a journalist, a professional video game player, a missionary, and a public relations manager.

Start reading The Clone Assassin (A Clone Republic Novel Book 9) on your Kindle in under a minute.

JenMo
5.0 out of 5 stars Advanced Clone Psychology
Reviewed in the United States on October 29, 2013
Verified Purchase
The latest installment of the Wayson Harris series takes place six months after the end of the previous book. Harris is struggling with newfound fears from his time as a captive who was subjected to torture and systematic brainwashing. It's interesting to see our Liberator in this light, he's always been very self-aware. Perhaps when you're surrounded by men who are programmed to be anything but self-aware, introspection becomes a priority. Harris understands that he's now capable of committing suicide, something that is programmed out of the Liberator line. He has a phobia of the ocean that on an intellectual level he knows must have come from his time as a captive, but KNOWING it doesn't change the reality of what he feels.

Assassin begins with great action that we've come to expect from Steven Kent. A massive coordinated attack on the Enlisted Man's Empire by the remnants of the Unified Authority leaves the clones without a leader, and questioning their place as a benevolent occupying force.
Harris is incapacitated, forcing Ray Freeman to step in to take care of business. We spend some time in Freeman's head this time around. Not surprising, his thoughts are as direct and concise as his actions, though we do get to see a vulnerable side of the giant. He's not warm and fuzzy, but he's a man who is reaching the end of his prime and he knows it. The action with Freeman is impressive, because it's just as bad ass when he's pulling off wild acts of violence knowing exactly how he's doing it, as when you see it from Harris' perspective.

This book brings some of the classic Navy Army Marine rivalry into play, with a clone twist of course. The difference in branches seems to highlight the fact that while all clones may be created equal, they grow up and mature into distinct individuals. Enter army General MacAvoy, when the fighting starts and he's in charge, the tactics used are entirely different than the Marine tactics we're use to from Harris. And it's FUN. There isn't a scene with MacAvoy where you're not enjoying the moment.

There are times when Assassin doesn't feel like science fiction. It takes place on Earth, there are no aliens, there isn't much in the way of space. As with all his books, and something I personally appreciate, Kent doesn't get bogged down giving us technical manuals worth of pros on every weapon, vehicle, gadget, etc, that the future military uses. Some of that in this book may have made it feel more sic-fi-y, but more likely it would have just slowed it down. This time around, the sic-fi element is really about the clones, what makes them tick, programming and reprogramming causing glitches, errors, unexpected new lines of reasoning. I'm a geek for the more subtle sic-fi and the psychological element in this book was very interesting to me.

Overall another solid book in the series, though it probably won't stand out in the Harris saga, it will leave you dying to know what is going to happen next.

C. R. Ellison
1.0 out of 5 stars A book too far
Reviewed in the United States on May 26, 2019
Verified Purchase
Love the setting, enjoy the characters but in this book it seemed everyone just had an intelligence dump and become unbelievably stupid - too long, too dumb, disappointing way for the series (with Apocalypse) to wind up
Read more
Helpful
Report abuse

mustang ocs
5.0 out of 5 stars clones control...maybe
Reviewed in the United States on April 24, 2014
Verified Purchase
What more can I say about Mr. Kent. Steven, you are an excellent writer and while there are some obvious flaws, they are overshadowed by the quality of your style, and consistency.

I'm also very happy with your decision to write more in this series...just fun reading.

I gave Steven 5 stars because his work is well thought out (though a bit flawed), fun to read, and the characters are very well defined.

Keep up the good work and I'll keep on giving you the ratings you deserve.

...and I still think I know who you really are.

Michael C. Miller
5.0 out of 5 stars Five Stars
Reviewed in the United States on July 25, 2015
Verified Purchase
Clones are an interesting subject. How will we handle them after we create them??? Do you know???
Read more
One person found this helpful
Helpful
Report abuse

Kindle Customer
4.0 out of 5 stars The clone assassin
Reviewed in the United States on November 6, 2014
Verified Purchase
Stop killing all the good guys,Ritz should not have been killed off. Good book otherwise, glad you haven't off"d Harris or I might think you were doing a game of thrones thing.
Read more
Helpful
Report abuse

James P. Ruff, Jr.
5.0 out of 5 stars Great addition
Reviewed in the United States on December 13, 2013
Verified Purchase
Great addition to the series. I've read all of Steven L. Kents "Clone" series and find them enjoyable, action stories. I will be looking for any continuance.
Read more
One person found this helpful
Helpful
Report abuse

I.A. Wilhite, Ph.D.
5.0 out of 5 stars Cleverly written and designed.
Reviewed in the United States on November 26, 2013
Verified Purchase
I will have to reread this novel. The author`s value in not only death but apparently the art of death is intriguing.
Read more
One person found this helpful
Helpful
Report abuse
See all reviews

Pierre
5.0 out of 5 stars Clone Rebellion Series
Reviewed in the United Kingdom on February 22, 2014
Verified Purchase
Thoroughly enjoying the twists and turns of this series. Those that like si-fi will enjoy them and they are easy to pick up in spare moments.
Read more
One person found this helpful
Report abuse

Richard Lega
4.0 out of 5 stars Four Stars
Reviewed in the United Kingdom on August 13, 2015
Verified Purchase
Reading the whole series in one go. Really enjoying it....
Read more
One person found this helpful
Report abuse

KostasD
2.0 out of 5 stars Very bad sequel
Reviewed in the United Kingdom on April 10, 2014
Verified Purchase
I loved the first 4-5 books, but since those quality has dropped significantly. Little imagination, repeated themes, boring. Could hardly finish it. A pity.
Read more
Report abuse
See all reviews