You've subscribed to A Marc Portman Thriller! We will preorder your items within 24 hours of when they become available. When new books are released, we'll charge your default payment method for the lowest price available during the pre-order period.
Update your device or payment method, cancel individual pre-orders or your subscription at
Your Memberships & Subscriptions
There was an error. We were unable to process your subscription due to an error. Please refresh and try again. 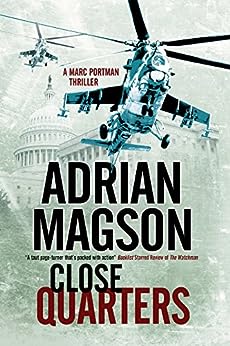 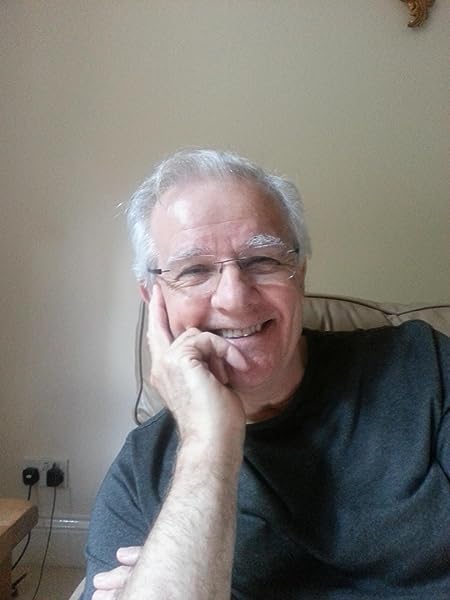 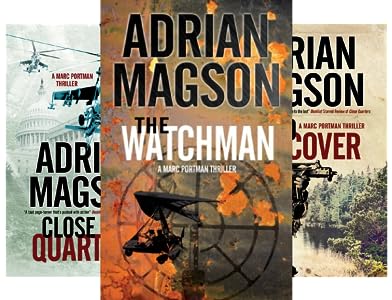 “Knuckle-whitening, adventure-packed, and shocking, this page turner is guaranteed to grip readers from the first page to the last”, Booklist Starred Review --This text refers to the hardcover edition.

Adrian Magson is the author of 20 crime and spy thrillers. His series protagonists include Gavin & Palmer, Harry Tate, Marc Portman, Insp Lucas Rocco and Gonzales & Vaslik. He is also the author of ‘Write On!’ a writer’s help book. --This text refers to the hardcover edition.

RS
5.0 out of 5 stars Close Quarters
Reviewed in the United States on April 15, 2020
Verified Purchase
This is the second and one of the best entries in this series, centered around an enigmatic American private contractor, code named Watchman, who does various jobs for Western intelligence agencies, running security for assets in dangerous places. This series is perhaps more action orientated than the author's more famous Harry Tate spy series, but the action is low key and grounded in reality, unlike so many other thrillers that have larger than life plots centering around an American, former special ops protagonist.

The narrative basically follows Marc Portman every step of the way as he goes about his mission, this time it's making sure a State Department official gets safely out of war torn eastern Ukraine, while cutting back to the CIA controllers and bureaucrats in the States. Complications inevitably ensue, and Adrian Magson depicts a gritty, realistic, and cynical portrayal of the confluence of Western geo-political interests and big business (a theme explored elsewhere in Dark Asset). Like the others in this series, this book is well researched, with authentic details on weapons and tradecraft, and these details are expertly woven into narrative without becoming overly technical.

Portman's parts are told from the first person. Very little information is given about his background or personal life, but Magson excels at showing us Portman's internal decision making process and tactical thinking. Portman is supremely competent, professional, and mission focused.

Hendrik Bosman
5.0 out of 5 stars Intense!!
Reviewed in the United States on May 8, 2021
Verified Purchase
If you've read the first story in the series you will know, that Adrian Magson is in a class of his own. This story just cements the first sentence of this review. Should I thank or congratulate Mr Magson? Maybe doing both would suffice.
Unfortunately the rest of the books are too expensive for me.
From South Africa.
Read more
Helpful
Report abuse

K. McFarland
5.0 out of 5 stars Trouble in the Ukraine
Reviewed in the United States on August 3, 2015
Verified Purchase
Riveting from the get go. As a protection specialist Portman was used to trouble, however it is something else when that trouble comes from not only the Russians but also the USA. This is a tale of greed. With the code name "watchman" Portman has to get out of the Ukraine a U.S. State Department official, which the Russians have taken. The reader will have trouble putting this book down. My hope is that Adrian Magson will not keep us waiting long for the next Portman adventure.
Read more
Helpful
Report abuse

Wayne Smith
5.0 out of 5 stars Consistent high Quality reading
Reviewed in the United States on October 5, 2015
Verified Purchase
A great followup to the Watchman. I like the character and the action is credible and non-stop. Interesting and topical setting and believable given the reports out of the Ukraine. Well worth reading. This author has this genre nailed. I've read most of his books and never been disappointed. They aren't the same story repackaged either which is refreshing.
Read more
Helpful
Report abuse

Linda Schmidt-
4.0 out of 5 stars Close Quarters provides excitement and good humor.
Reviewed in the United States on August 18, 2016
Verified Purchase
Marc Portman provides his watchman service (protecting people without their knowing he's their security) in Ukraine where a State Department official has been abducted. Not only is there tense action in Ukraine but Magson includes bureaucrats' treasonous activities as they try to protect their elitist holdings.
Read more
Helpful
Report abuse

JStukWag
4.0 out of 5 stars Enjoyed but much PC
Reviewed in the United States on August 15, 2015
Verified Purchase
I enjoyed the book like all his others but felt like the author was being a bit politically correct when it came to killing the "bad guys".
Read more
Helpful
Report abuse