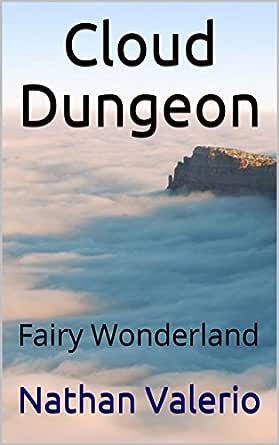 You've subscribed to Cloud Dungeon! We will preorder your items within 24 hours of when they become available. When new books are released, we'll charge your default payment method for the lowest price available during the pre-order period.
Update your device or payment method, cancel individual pre-orders or your subscription at
Your Memberships & Subscriptions
There was an error. We were unable to process your subscription due to an error. Please refresh and try again. 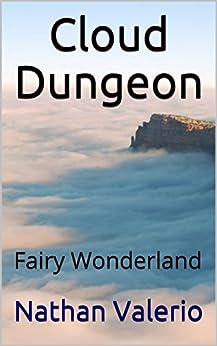 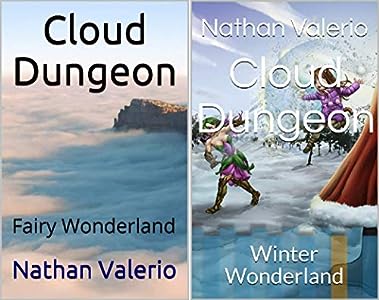 4.0 out of 5 stars
4 out of 5
53 global ratings
How are ratings calculated?
To calculate the overall star rating and percentage breakdown by star, we don’t use a simple average. Instead, our system considers things like how recent a review is and if the reviewer bought the item on Amazon. It also analyzes reviews to verify trustworthiness.
Top reviews

I'll begin by saying I *did* enjoy this book, and I *will* be reading any potential "next"; it was a fun read. I'll continue by summarizing the source of my hesitation to type the prior sentence.

Pushing my way through this was difficult. I could feel my grasp on fluent grammar and the presentation of idea and circumstance degrade a little more with every chapter. The sheer amount of repetitive description and exposition between each character and every other is grating. Writing style is minimal to nonexistent.

The characters are simple with slapped-on personalities that belie the sheer amount of life and situational experience the description of their backgrounds imply. I can't tell you how frustrating it is to read of an 800-year old master of their field and heralded royal advisor behave like an adolescent child throwing a tantrum for purely emotional reasons.

What did I actually *like*? The world-building and description, even if delivered awkwardly, is detailed and thoughtful. Much care was placed in the actual creation aspect of this dungeon and its world, and the author clearly has a consistent idea for the underlying rules that govern them. While I'm not sure all of that was relayed successfully, there was no lack of love in this story's construction and telling.

All that said, I will repeat, this was a fun read, and I'll be picking up the next volume if there is one.

Hub
1.0 out of 5 stars People should at least try to proofread their work before selling it
Reviewed in the United States on October 17, 2018
Verified Purchase
Now this thing is actually a web novel republished. You can tell this at least by the number of unverified purchase praises published by the "thanx for the chapter" fanboys.

While I can excuse the terrible grammar somehow on rrl, where the novels are 'live' written, I believe an author should put some effort in cleaning his work, before selling it for the money. At least put it through some grammar checker. Although, If asked, I'm sure someone on the RRL community would have helped with proofreading this thing. If cleaned up this could get at least 3.5-4 stars from me.

While things like grammarly are far from perfect, a merely poor grammar would be better than the terrible one served here. The author mixes the present and past tense all the time, most of the long sentences should have been split.
In many cases there is clearly some stuff missing from a sentence. It makes the reader second-guessing the meaning hiding behind a paragraph.
Sometimes the author contradicts himself, for example by stating in one paragraph that something is worth 10 times more than mithril, but in the next paragraph stating, that since it has only single purpose it is really cheap.

The slime dungeon series has also originated in the same web novel community, but that author cleaned up his work a lot before publishing it here. I would expect that anyone that moves from amateur/fan writing to professional one would follow the same principle.

In summary - the ideas are interesting, but the plot is average to mediocre, characters are impossibly flat, and the grammar is bad enough to really interfere with reading.
Read more
6 people found this helpful
Helpful
Comment Report abuse

Michelle Wood
5.0 out of 5 stars Brilliant and Wonderful
Reviewed in the United States on December 26, 2018
Verified Purchase
A unique adaptation on the reborn dungeon core concept. After all why not make a fairy paradise playland if you were a 3 year old girl. The two major problems with this concept that this book fixes. The first is that they make the creation of the dungeon system complicated as heck, this system is easy to follow as its a get the pieces and put them together. And strict as it is, it is also loose enough to be really creative and have outlandish control over the dungeon and monsters. The second fix is the development of the world. Dungeons rarely or have a minor affect on the story's world, at most it's a point to build a town or found a kingdom. In these story's the outside world doesn't matter that much other than to bring in more adventures to the dungeon. This is fixed with the idea of making a deal with a nation and having them react with their God's on the changes to the world that the dungeon brings. But the biggest strength of this book is it's heart and the love for fantasy and fairy tales to create something beloved. And that is why you should buy this book.
Read more
One person found this helpful
Helpful
Comment Report abuse

Kevin
3.0 out of 5 stars This is a fun read
Reviewed in the United States on April 25, 2018
Verified Purchase
The only reason I have it a 3 star and not a 4,5 star kept for truly exceptional books, is it has a lot of grammatical errors which really can make the book hard to read. Well developed story told from a new angle and one that is well done start to finish. World building and detail were good, and the book was interesting the entire way through.
Read more
One person found this helpful
Helpful
Comment Report abuse

Brandy
5.0 out of 5 stars A fun start about a lil girl being a dungeon
Reviewed in the United States on March 17, 2019
Verified Purchase
If you have kids or don't mind reading about little girls and their fantasies, this is a really fun book to read. Not only do we get to see from the point of view of the main character, we also get to see how she scenes from the inhabitants from this other world that she is now in. A great start to an interesting series.
Read more
Helpful
Comment Report abuse

bookwatcher
5.0 out of 5 stars a new dungeon!!!!!
Reviewed in the United States on April 17, 2018
Verified Purchase
i love dungeon stories and this one was really cool since it was a young child as the dungeon core. a cloud isand dungeon made it even neater. this seems more young adult type and i enjoy that fact of it. they characters are really varied and i want more.
Read more
One person found this helpful
Helpful
Comment Report abuse

Sean
1.0 out of 5 stars Another money grab
Reviewed in the United States on October 21, 2018
Verified Purchase
Even if the author doesn't speak English if you are going to translate it then have an editor that can do that. Book is full of grammar and spelling errors just like the rest of this author's stuff
Read more
One person found this helpful
Helpful
Comment Report abuse

Kindle Customer
5.0 out of 5 stars A great children's book, as for adults a good beginning of a series
Reviewed in the United States on May 27, 2018
Verified Purchase
A unique and very interesting Dungeon themed book with an innocent child as the main dungeon spirit, a unique gentle way of making and managing a dungeon. All in all a nice enjoyable and relaxing book wit a very positive attitude.
Read more
Helpful
Comment Report abuse
See all reviews

James
4.0 out of 5 stars Lots of fun
Reviewed in Australia on April 20, 2018
Verified Purchase
I love dungeon books and this is a fun fresh look at the theme. Highly recommend a read as it gives a nice change from the lets kill and eat everyone view point
Read more
Report abuse