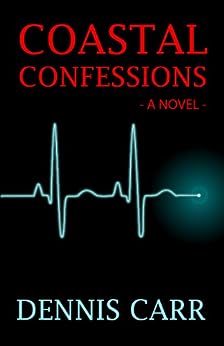 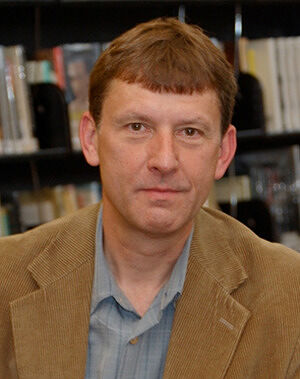 3.5 out of 5 stars
3.5 out of 5
14 global ratings
How are ratings calculated?
To calculate the overall star rating and percentage breakdown by star, we don’t use a simple average. Instead, our system considers things like how recent a review is and if the reviewer bought the item on Amazon. It also analyzes reviews to verify trustworthiness.
Top reviews

Judywildwood
5.0 out of 5 stars Intriquing Mystery
Reviewed in the United States on January 10, 2013
Verified Purchase
Coastal Confessions is a great mystery - I read an average of 3 books a week, and could not put this one down. I had to see what happened next!

Jon Browning is a hard-charging executive in the investment banking business. While his company is in the middle of an important merger, his personal life is turned upside down when his wife Beth makes a shocking confession. Jon later tries to talk to Beth about it and she accuses him of twisting her words, insisting he has changed her story. When she admits that a leader in their church had advised her to confess and convinces Jon to attend marital counseling with a church-affiliated psychologist, not only do the counseling sessions not go well, but it appears that the psychologist suspects that Jon is causing the problems in the marriage. Then strange things begin to happen in Jon's personal and professional life, and he feels he is being railroaded. As the marriage deteriorates, his greatest fear is losing his children. Jon turns to a friend who runs a Savannah mission for the homeless, and together they track down the source of the mysterious activities. They eventually unravel a high-level conspiracy that will shake up Savannah and change Jon's life forever.
Read more
One person found this helpful
Helpful
Report abuse

GeorgeF.
4.0 out of 5 stars Page Turner
Reviewed in the United States on September 10, 2013
Verified Purchase
Coastal Confessions was a quick read, with many twists and turns. A good mystery... a perfect summer read. I especially enjoyed the references to the local sites of Savannah and Coastal Georgia.
Read more
Helpful
Report abuse

Amazon Customer
4.0 out of 5 stars Coastal Confessions
Reviewed in the United States on February 14, 2013
Verified Purchase
I loved this book. Was excited to see it set in Savannah. Diverse characters which you either loved or hated. Good twist and turns as you go along. I really enjoyed the financial aspect of the book. The Church trying to take down the investment banker was an interesting concept. Ready to read the next one.
SLB
Read more
Helpful
Report abuse

Avid Reader
1.0 out of 5 stars Disappointed!
Reviewed in the United States on April 20, 2013
Verified Purchase
When I saw that this novel was set in Savannah, GA, I was anxious to read it, as I have spent a lot of time in the area. It took me several starts before I could truly get into the story. In the beginning of the book I had a difficult time keeping the characters straight as they were introduced to the reader. To me there were too many "like" names, and it was difficult to remember which character was which. As the story progressed, it became a little easier to keep them straight but was still quite confusing. One of my biggest dislikes of the story was the use of so many expensive brand labels -- Armani, Oakleys, BMW Z4, etc. Even though it was difficult to get into the story, I read it to the end. Overall, I was disappointed in the book, and I would be reluctant to purchase another by this author.
Read more
One person found this helpful
Helpful
Report abuse

tw
5.0 out of 5 stars coastal confessions
Reviewed in the United States on February 4, 2013
Verified Purchase
I could not read this book fast enough. The
twist and turns- awesome! The characters - fell in love with them. I'm ready for the next book.
Read more
2 people found this helpful
Helpful
Report abuse

The real 007
5.0 out of 5 stars I could not put it down!
Reviewed in the United States on April 17, 2013
I could not put this book down after I started it. I lived in Savannah, Ga for several years and I feel the writer's imagery was very effective and accurate to a real life Savannah setting. I enjoyed how the characters developed throughout the story. When it comes to mysteries; I personally prefer a story that is detail oriented. I feel if you can predict what's going to happen next, it contradicts the mystery theme. The writer did a great job of this in my opinion. The plot kept me on my toes and as the story developed I found myself wanting to read "just one more chapter". I think this book has great potential for possibly even a movie production. I could easily see the main character, Jonathan Browning, being acted by someone like a Harrison Ford. All in all I highly recommend this book to anyone that enjoys a great mystery novel.
Read more
One person found this helpful
Helpful
Report abuse

Esther Woo
2.0 out of 5 stars Not what I expected
Reviewed in the United States on April 28, 2013
I had high hopes and kept reading with the idea that it was going to get better. After all, it had all the makings of a good thriller/drama. The characters could have been developed more, the storyline became predictable. And even when there was a twist in the storyline, the author didn't take time to develop it well enough to really create some excitement. In the end -yes, I actually read the whole thing- I really disliked how the author made the main character look way too complacent with the outcome. Sorry, I've read lots of books, and this one just wasn't good.
Read more
Helpful
Report abuse

MyaMomma
1.0 out of 5 stars Hard to Follow
Reviewed in the United States on April 16, 2013
This book was personally recommended to me, so I began reading it with high hopes and expectations. However, it took me several times beginning before I was able to truly get into it and finish the book. The lack of sufficient character development, and the chaotic jumping around in plot, made it a bit confusing and left me with more questions than answers when it finally ended. It appeared that more attention was given to minute details in the story rather than the places the reader needs to truly grasp the direction the author intended. In my opinion, the high point of the book was that it took place in a setting I have personally been, so I was able to draw on past experience in my mind as I read. Although not my favorite book, I am curious to read any future books by this author.
Read more
One person found this helpful
Helpful
Report abuse
See all reviews
Back to top
Get to Know Us
Make Money with Us
Amazon Payment Products
Let Us Help You
EnglishChoose a language for shopping. United StatesChoose a country/region for shopping.
© 1996-2021, Amazon.com, Inc. or its affiliates