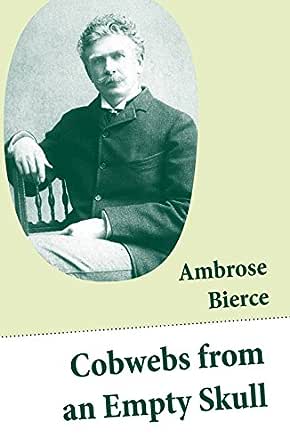 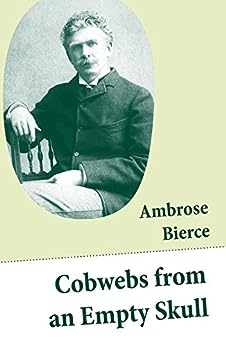 Ambrose Gwinnett Bierce (1842 - 1914) was an American editorialist, journalist, short story writer, fabulist and satirist. He wrote the short story "An Occurrence at Owl Creek Bridge" and compiled a satirical lexicon, The Devil's Dictionary. His vehemence as a critic, his motto "Nothing matters" and the sardonic view of human nature that informed his work, all earned him the nickname "Bitter Bierce". --This text refers to an alternate kindle_edition edition.

2.8 out of 5 stars
2.8 out of 5
8 customer ratings
How does Amazon calculate star ratings?
Amazon calculates a product’s star ratings based on a machine learned model instead of a raw data average. The model takes into account factors including the age of a rating, whether the ratings are from verified purchasers, and factors that establish reviewer trustworthiness.
Top Reviews

M. DeKalb
4.0 out of 5 stars Shorts, With A General Moral, Usually Involving Folly or Misinterpretation.
Reviewed in the United States on March 15, 2014
Verified Purchase
Published in 1874 under the nom de plume ‘Dod Grile’ we have a work by Ambrose Bierce oriented toward the fantastical; toward fairy tales akin to Aesop, each espousing a ‘moral’ of some type. Many of the morals are clear-cut, but there are also a good number which are very silly, or in typical Bierce fashion: macabre and in question of the true benevolence of human nature (portrayed through anthropomorphized animals).

The second part of the work consists of some more extended fables, drawn out to emphasis a more pertinent point or detailed to expound certain facets of the characters through which the moral lessons are learned. Firstly is ‘Brief Seasons of Intellectual Dissipation’ – a rather unremarkable exchange between a Fool and a series of other characters: philosopher, doctor and a soldier. Then come a variety of ‘divers tales’, many which portray the silliness of humanity a proclivity toward deception, the fantastically absurd and plain foolish. A collection with some quite outstanding shorts, such as: Four Jacks and A Knave, Sundered Hearts, The Following Dorg and Tony Rollo’s Conclusion (see the complete list below).

The initial part of the work is a series of 135 short fables which are meant to espouse a moral.

Some of the morals to the brief tales which exemplify what one should expect:

‘… mice and elephants look at things each after the manner of his kind; and when an elephant decides to occupy the standpoint of a mouse, it is unhealthy for the latter.’ (70)

Of a man crossing a fence who was then assisted by a bull and his horns: ‘I mean to say,’ was the rejoinder, ‘that I wished to cross it by my method, solely to avoid crossing it by yours.’ Fabula docet (this story teaches) that while the end is everything, the means is something.’ (150)

‘I once laid an egg alongside a watermelon, and compared the two. The vegetable was considerably the larger.’ This fable is intended to show the absurdity of hearing all a man has to say.’ (198)

‘Moral lessons are like the merchant’s goods: they are conveyed in various ways.’ (251)

‘Now’ said he, ‘I will lie perfectly still and let the bees sting me until they are exhausted and powerless; their honey may then be obtained without opposition.’ And it was so obtained, but by a fresh bear, the other being dead.’ (311)

A porcupine and an amorous snake: ‘I should be glad of one of your caresses,’ said the porcupine, meekly… So saying , he nestled snugly and confidingly against the large-hearted serpent – who fled. A comprehensive philanthropy may be devoid of prejudices, but is has its preferences all the same. (333)

The Grateful Bear: The grateful bear eats a woman and children out of house and home, running out of material to feed him, because the livestock, furniture, upholstery and decorum are all gone she has little recourse but to shut the door on him… and it works.

Feodora: The hiring of a detective to spy on her daughter, Yonsmit is attempting to see where her ‘bad egg’ of a girl is hiding her money. A widow whom ultimately feels that being an in-law is far worse than any other position in life – the author was asked to cut her throat – ‘It was the toughest throat I ever cut in all my life.’ (1191)

Converting a Prodigal: Two sons, one thrifty; one not so, pass through their youth in their own fashion according to their spending habits. When asked to crack open his bank the prodigal son finds one coin dangling ingeniously by a string so that all other inserted coins would clink against it, provisioning the illusion that there was money in the bank. The new coin would then slip through the bottom into a catch his brother had fashioned.

Four Jacks: A miller more concerned with his jackass trade than with milling is attempting to make a trade for three jacks. He firstly gives up some oats (which are transported back with the jacks), he then gives up some grains (which also go back with the jacks) and finally… it’s revealed that the jacks were the millers in the first place! Left short oats and grain, he still thinks he’s made a cunning deal… oye.

Nut-Cracking: Having taken 30 yards of hair from Lady Capilla to make wigs for the aristocrats, she is later invited to a ball which hosts both aristocrats and Prince Champou (he whom desires her). As the Lady passes by all the wigs hop off the heads of the aristocracy in efforts to return to their proper place. As the aristocrats bend to fetch their wigs they bang skulls – two by two – killing themselves. A very entertaining short.

The Magicians Joke: Into the Black Forest with Simperella. Here she meets and weds a giant. Soon she tires of him and attempts her escape, but being that the Black Forest is so vast she has not a hope of finding her way out alone. Enter the picture a gazelle, which bears a collar stating ‘Hands Off!’. She of course touches it, and in consequence the gazelle goes blind. She’s left wandering the forest with aforementioned blind gazelle.

Tony Rollo: Thinking, thinking, thinking… for 40 years, stuck in this pensive state. His conclusion: ‘I’ve come to the conclusion that, seeing as I’m the oldest, it’s about time I was beginning to think of getting married!’ (1530)

Pernickitty: Joking with one of their hunting party about Indians disguising their approach as if it were the approach of wolves, the group keeps the charade up until there are actual arrows whizzing amongst them!

Juniper: A dwarf amongst giants had something supernatural in his connection with a local bear. The bear evidently had it out for him, but could never catch him as he flitted amongst the giants. The bear however, wasn’t too picky and took whomever he eventually struck. A pair of twins Jalop and Ginsing travel to town, and when the absconds with one the other goes in search of her sister. Spying Juniper, with treasures amassed amusing the bear, she knew then that ‘I felt that I could lay my finger on the best-trained bear in Christendom.’ (1676)

Follow The Sea: Due to tectonic activity the ocean recedes and the protagonists follow it out. Naturally they see it returning in a tidal swell! They’re rescued by a ship riding the wave which is navigated by a captain who is a punster. The characters soon find that their whole world has turned upside down!

Spanish Vengeance: Stumbling upon a conspiracy to have his life taken, and ‘it is always unpleasant to be included in a conspiracy in which one is not a conspirator.’ (1772), Don Symposio approached the two men and set them cowering, quaking in their boots – ‘In the presence of Death, Crime shuddered and sank into his boots.’ (1783) – however, because there was a NY Times correspondent present, and the gist is that they see anything and everything important, yet his attention was fixed upon an apple pie… not Don Symposio and his encounter… thereby the Spanish Vengeance was rendered impotent.

Mrs. Dennison’s Head: A man tells his coworkers that his wife recently lost her head. Not divulging further detail his cohorts began taking bets, making wagers as to what may be any and all of the circumstances and contingencies surrounding this loss. When directly asked, after having had the bet dragged out for some time – Mr. Dennison stated that he would tell how it happened, but there’d be no further questions. It was ‘bitten off’ (1835) but by what we will never know!

A Fowl Witch: Much akin to the story Juniper, a presumably cursed woman is ‘attacked’ by fowl each time she passes. However an interested party follows her as she’s being chased down the road one day, to her home. Here he discovers the bird plucked and ready to be dropped into the boiling pot. She’d been, presumably, from the author’s extrapolation, bating the birds with hooked worms which she would drag behind her. Clever.

Sundered Hearts: Going to milk the goats each evening Deidrich meets with Katrina. He professes his love and she generates excuses. He continues this pattern until they’re well into their old age, meanwhile she continues to profess the same excuses despite their invalidity. The townsfolk wonder, people want to force the issue, but nobody does. One day their milking stools are moved and it throws awry the whole game. Each party becomes so embarrassed that they cease contact. Katrina dies ‘a short while later, a maid of sixty’ (2056). The notion: ‘if you did but know how slight an act may sunder forever the bonds of love – how easily one may wreck the peace of two faithful hearts…’ (2058) – more people would probably do it.

Following Dorg: The story of Jerusalem, a very long log whom had the inclination to eat nearly everything he could, and his owner who was quite fond and proud of him.

Bob Webber.
2.0 out of 5 stars Boooooring!
Reviewed in the United States on November 4, 2016
Verified Purchase
Couldn't wait to put it down. Gave it 10% before i woke up and removed it from my Kindle.
Read more
Helpful
Comment Report abuse

David Benckendorf
2.0 out of 5 stars A collection of short essays that don't seem to go anywhere
Reviewed in the United States on January 28, 2014
Verified Purchase
Bierce makes his points with each essay, though his writing is metaphoric. Perhaps I'm not sophisticated enough to catch all of them, though many of his messages are clear enough. At the end of every vignette I asked myself what I took from it and rarely had a satisfactory answer. He may have been a writer in the mold of Twain, but his points were not as clean, sharp, or barbed as Twain.
Read more
One person found this helpful
Helpful
Comment Report abuse

Miss Heather Gail Sidery
4.0 out of 5 stars Four Stars
Reviewed in the United States on February 21, 2015
Verified Purchase
All good, but tracking a toy sent to UK wasn't sent, and I don't know why.
Read more
Helpful
Comment Report abuse