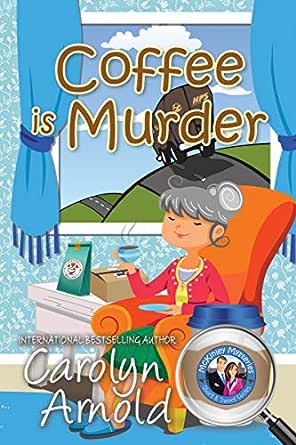 You've subscribed to McKinley Mysteries: Short & Sweet Cozies! We will preorder your items within 24 hours of when they become available. When new books are released, we'll charge your default payment method for the lowest price available during the pre-order period.
Update your device or payment method, cancel individual pre-orders or your subscription at
Your Memberships & Subscriptions
There was an error. We were unable to process your subscription due to an error. Please refresh and try again. 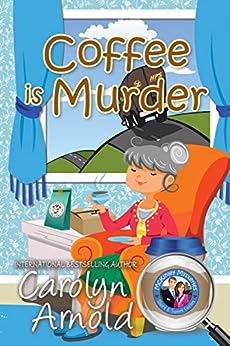 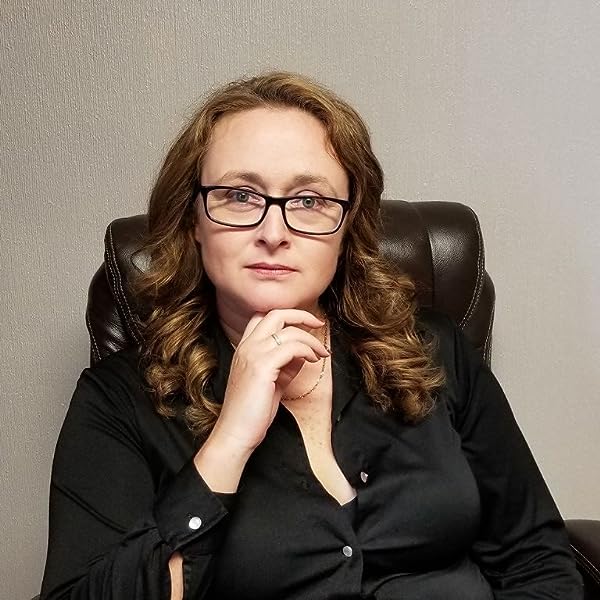 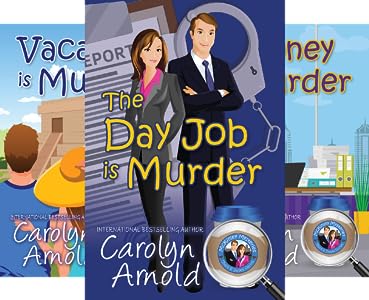 About the McKinley Mysteries:

Romance. Humor. Murder. Sleuth around with murder-solving duo Sean and Sara McKinley as they do whatever it takes to unravel a mystery while romancing it up along the way.

This is the perfect book series for fans of Hart to Hart, Castle, Colombo, Monk, Rockford Files, Psych, and Magnum PI.

CAROLYN ARNOLD is an international bestselling and award-winning author, as well as a speaker, teacher, and inspirational mentor. She has four continuing fiction series-Detective Madison Knight, Brandon Fisher FBI, McKinley Mysteries, and Matthew Connor Adventures-and has written nearly thirty books. Her genre diversity offers her readers everything from cozy to hard-boiled mysteries, and thrillers to action adventures. Both her female detective and FBI profiler series have been praised by those in law enforcement as being accurate and entertaining, leading her to adopt the trademark: POLICE PROCEDURALS RESPECTED BY LAW ENFORCEMENT(TM). Carolyn was born in a small town and enjoys spending time outdoors, but she also loves the lights of a big city. Grounded by her roots and lifted by her dreams, her overactive imagination insists that she tell her stories. Her intention is to touch the hearts of millions with her books, to entertain, inspire, and empower. She currently lives near London, Ontario, with her husband and beagles and is a member of Crime Writers of Canada and Sisters in Crime. --This text refers to the paperback edition.

Nancy L. Silk
5.0 out of 5 stars "A Delightful Mystery ...The Coffee Is A Killer!"
Reviewed in the United States on May 27, 2015
Verified Purchase
This is another engaging and fun read by popular author, Carolyn Arnold. I find her stories are exhilarating and pleasingly suspenseful. In this novella, Sara is addicted to the soothing taste of coffee. Sean only drinks one cup of coffee per day, while Sara seems to always keep her cup full. Since Sara is a writer, Sean sometimes feels like a writer's widower. But they love each other and when Sean receives a phone call from Helen, their receptionist, Sara knows an investigative job is pending and intense on solving crime. They've established in Albany, New York, their own investigative agency with Jimmy, Adam, and of course, Helen, who also is their housekeeper and cook. The McKinleys are very wealthy and very charitable. They have skills and talents which rapidly solve murders, thus providing closure for those who have suffered loses. This case involves a woman, Sophie Hogan, who has lost her mother and the police refuse to recognize her death as foul play, since she had no known enemies. Sophie is a nurse and on being interviewed by Sean and Sara, she expresses her belief her mother was poisoned by cyanide. Her mother's doctor was always telling her that one day coffee would kill her. Death was, in fact, caused by cyanide in the mother's coffee. The McKinleys travel to Virginia to further investigate, in undercover mode. This is a very interesting and well written story which may, in fact, make you pause before drinking a new flavored coffee! I'm definitely hooked on the McKinley Mystery series.
Read more
One person found this helpful
Helpful
Comment Report abuse

Kathryn svendsen
4.0 out of 5 stars Killer coffee? That's serious trouble for all us caffeine addicts!
Reviewed in the United States on May 29, 2015
The paint is barely dry on the walls and the company doesn't even have a name yet, but they already have their first client. I love this private detective agency that is run by Sean and Sara McKinley, former police officers, now retired and turned detectives. Sean has come into some serious wealth and the payments he takes are all given over to charities. None of the monies are taken for his or his wife's profit.

Sean and Sara McKinley are approached by a young woman who feels her mother was poisoned with cyanide-laced coffee. However there are no suspects and no motives. All the woman has is the remains of the bag of coffee beans her mother was making her coffee from. This sets the newly formed investigative firm into action to first of all discover if the deceased woman was poisoned and then to determine who did it. I enjoyed this fun cozy mystery with this loving married couple and their group of sidekicks.

It was fun to see them go undercover, working at jobs they weren't used to - particularly Sean who finds the smells from this job a little nauseating. Poor Sara has to admit to herself that she is somewhat addicted to caffeine as she can't give up her daily brew even though most places around town are likely selling the poisoned variety.

There were lots of twists and turns in this fast-paced who-dun-it mystery, but don't count your chickens before their hatched. You'd better make sure you've got all your facts straight before you arrest someone or you'll be letting the killer get away. Coffee is Murder will have you guessing who the real killer is right up until the very end.

I love the characters of Sean and Sara. It is obvious that they love each other a lot but the novel is a clean romance with clean language, making it a pleasurable relaxing read for those who would rather read books free of that kind of thing. They work well together and seem fairly realistic. I like the way they make use of their resources - unselfishly, for the good of others and enjoy working with their staff - Jimmy, Helen and Adam. I also appreciate the interaction between the staff and look forward to seeing their character development in other novels in this series.

And, oh yes, what should they name the new P.I. firm?

This cozy mystery was a fun read that those who enjoy this genre will enjoy. I gave this book 4 stars out of 5.

Thank you to the author for providing a copy of this book in exchange for a fair and honest review. A positive opinion was not required. All thoughts are my own.

Wall-to-wall books
4.0 out of 5 stars Coffee is Murder
Reviewed in the United States on August 29, 2017
4.5 Stars
I loved this one even more than the last one! Honestly, I think it was the coffee connection!

"For Sara, coffee was one of life’s greatest—and simplest—pleasures. Every time she took a draw of freshly brewed java, her eyelids automatically lowered in appreciation of the robust flavor. Somehow, when drinking it, life seemed less complicated, or maybe it was just how it coated the palate and calmed her nerves despite what some scientific studies might say.

She was in her home office, seated behind her desk, staring at the blinking cursor on her monitor, but it wasn’t because she had writer’s block. Her wrists needed a break. Better yet, she needed to indulge in this cup.

Leaning back in her chair, she swiveled from side to side and closed her eyes, savoring the aroma of the dark beans. While they were ground at the time she pressed the button, the only way to get it any fresher was picking the beans off the plants in Brazil. With their money, she supposed it was an option." ~ This is the way I feel every time I drink a good cup of coffee! LOL

This was a very fun read. I loved it right from the beginning. I thought it was great how they went under cover in a coffee bean company. The little coffee tidbits and facts throughout the book were great! Another thing that connected me to this series is that its based in Albany NY and I am from Upstate NY! So I know all the places she talks about.

Once again a great little mystery. A quick read at only 174 pages, can easily be read in only one sitting, or two.

I would not hesitate one minute to read more from this author! These were so much fun and I loved the characters - great character development.

I voluntarily posted this review after receiving a copy of this book from RABT Reviews - Thank You!
Read more
Helpful
Comment Report abuse
See all reviews