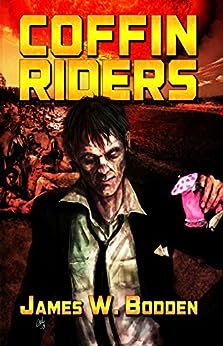 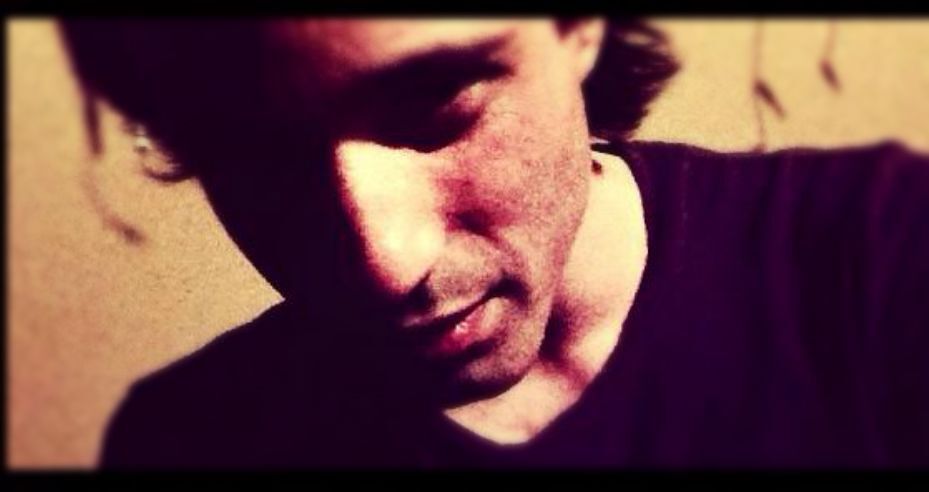 "The protagonist of this nihilistic afterlife fantasy shows more determination in his efforts to escape from hell than he did in any endeavor during his life--except, perhaps, his decision to blow his brains out..." Publishers Weekly

James W. Bodden is the author of the novels the Red Light Princess, and Coffin Riders. He’s down some dank Cold War bunker, helmet on, and braced for impact. --This text refers to the paperback edition.

David Dickey
4.0 out of 5 stars I absolutely love what authors can conjure up for their vision of ...
Reviewed in the United States on April 18, 2017
Verified Purchase
I absolutely love what authors can conjure up for their vision of Hell and Necro Publications have done a great job publishing those visions. So I bought Coffin Riders based soley on that theme and I wasn't disappointed. I thought Bloom was such an interesting character and I could relate to him in some ways. But Hell is the main character in itself. All the different layers fascinated me and how each layer developed Bloom along the way was cool. I honestly expected this book to be a fun little joyride through hell but I was really blown away by the ending and the depth of emotions and thought put into the story. If I had one complaint it would be that the book was short and I would have loved to see each layer of hell expanded and more described. Coffin Riders is a solid story though and it was a blast taking that journey alongside Bloom.
Read more
Helpful
Report abuse

Jeremiah Madrid
5.0 out of 5 stars I loved this novella.
Reviewed in the United States on September 24, 2018
Verified Purchase
Coffin Riders was full of action from start to finish. I didn't want it to end, it left me wanting more. Bloom is a suicide junkie, death runner, a coffin rider, jumping from one hell to the next hell. Each hell he jumps to gets darker, with different demons and creatures to fight and run from. I would love to read more books from this author.
Read more
Helpful
Report abuse

Charles
4.0 out of 5 stars Good trip through Hell
Reviewed in the United States on July 22, 2015
Verified Purchase
Not a bad read. This first person narration of a contemporary tour through Hell is filed with a constant explosion of visual descriptions that will take you away from reality for a few hours.
Hope to see some more work from this new author soon.
Read more
Helpful
Report abuse

Greg at 2 Book Lovers Reviews
3.0 out of 5 stars *3.5 Stars - Highway to Hell
Reviewed in the United States on May 4, 2016
James W. Bodden takes us on a wild ride through hell through the eyes of the protagonist, Bloom. Bodden’s hell is comparable to a two star all-inclusive resort.

I was onboard with this original concept – let’s look at hell, what is it like? The author has painted a very vivid picture of hell, complete with a beautiful beach covered in rotting corpses who are playing volleyball and soaking up the rays.

Bloom’s girlfriend, Lorraine, was supposed to follow him to hell…she did not (lesson for everyone – when your significant other suggests a suicide pact, don’t agree to go first). The fact that Lorraine did not live up to her part of the bargain sends Bloom on a ride through the nine known levels of hell on a quest to exact his revenge.

While I will give the author full marks for effort, the execution was a bit lackluster. I felt that there was so much more that could have been done. The first level of hell was so well developed, with some amusing characters. When Bloom set off on his voyage, the story could have used the same level of TLC through all of the levels.

James W. Bodden is an exceptionally creative storyteller, I just wished that he could have expanded his world to give a more complete picture.

TheBooksofBlood
4.0 out of 5 stars Hell-a Good
Reviewed in the United States on September 21, 2015
Bloom and the love of his life, Lorraine, decide to make what they see as the ultimate romantic gesture and commit suicide to spend eternity together. After putting the gun in his mouth and pulling the trigger, Bloom descends to the afterlife. When he’s not joined by Lorraine he’s desperate to discover why not. When he finds out, this turns to the burning desire for revenge.

The setting is so much of the story as you explore the afterlife with Bloom. The author creates a unique world. Bloom’s first stop is an afterlife assistance center, Paradise Cove. Paradise turns out to be a bit of an exaggeration. In a world of rotting corpses and creepy attendants it was never going to be wonderful. Although in comparison to the rest of hell, it was much better. Bloom’s desperate desire to reach Lorraine gets him in further trouble and begins his descent though the realms of hell.

There are so many interesting little creations in this bizarro afterlife, from a mole filled vending machine to towels as currency. I’ve never read about a worm turf war before, but this is the case as they vie for space in Bloom’s rotting intestines in one part of the book. This is an example of one of the many strange occurrences that make up Bodden’s world of the afterlife. It’s fresh and fascinating.

Bloom learns that he can get back to the land of the living by traveling through all nine realms of hell. It’s quite a trip as he experiences each realm, from being larvae food to part of an industrial machine. The environments he encounters and the people and beings that he meets are all strikingly different. His decomposing corpse and mind take a hell of a beating on the way. It’s a take on the classic Dante’s Inferno, and some of the realms of hell mirror those of the poem. The author creates a bestiary of fantastic creatures including some recognizable from the poem.

It’s an interesting book, with a fresh take on hell and its dominions. We see plenty of horrific things and violence, but it’s not quite as jarring when you’re dead already. Not only do we see Bloom’s journey through hell, but we are also with him through his journey of coming to terms with being dead and the afterlife. The book has a rewarding and fitting conclusion.
Read more
Helpful
Report abuse

Happy Customer
4.0 out of 5 stars Coffin Riders
Reviewed in the United States on July 29, 2015
Good Job from Bodden! Bloom decides he wants revenge after his girlfriend, Lorraine, did not follow up on their suicide pact.

He waits for her, and waits, only to realize she is not coming. It takes him a minute. He's in denial. But as soon as he gets the chance to ask her why she is not joining him in death, he realizes she never loved him the way he loved her. He is determined for them to be together again. Coffin Riders tells the tale of Bloom doing whatever it takes to be with his love, Lorraine, one last time.

Reviewer received copy from author for review.
Read more
Helpful
Report abuse
See all reviews
Back to top
Get to Know Us
Make Money with Us
Amazon Payment Products
Let Us Help You
EnglishChoose a language for shopping. United StatesChoose a country/region for shopping.
© 1996-2021, Amazon.com, Inc. or its affiliates