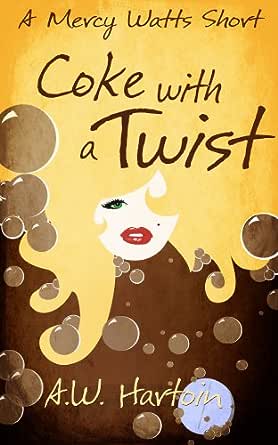 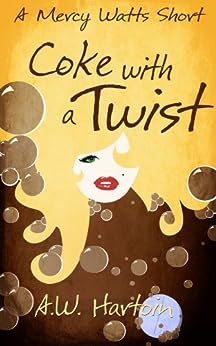 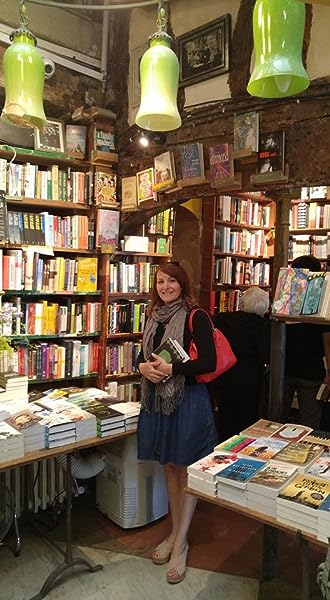 4.3 out of 5 stars
4.3 out of 5
90 global ratings
How are ratings calculated?
To calculate the overall star rating and percentage breakdown by star, we don’t use a simple average. Instead, our system considers things like how recent a review is and if the reviewer bought the item on Amazon. It also analyzes reviews to verify trustworthiness.
Top reviews

Ron Mac
5.0 out of 5 stars ~Quirky little short story mystery
Reviewed in the United States on October 12, 2020
Verified Purchase
~I liked it, even though it is a very short story. It was the perfect bit of reading material between full length books. This is the first in a series of short stories featuring the nurse, Marilyn Monroe look-a-like, amateur detective, Mercy Watts. Mercy gets conned into helping her father, who is a P.I. on a variety of undercover adventures. I was not impressed with the boyfriend, who could not seem to keep his promises to meet Mercy. She doesn’t seem to be high on his list of priorities.
~Even in such a short story, there was a good twist to the plot. I enjoyed the author’s style of writing. The story moved right along . I would recommend this book to anyone looking for a light…but not a cozy…mystery
Read more
Helpful
Report abuse

mamaof 7furries
5.0 out of 5 stars Hooked on Mercy!
Reviewed in the United States on March 8, 2014
Verified Purchase
I had no idea what to expect by looking at the cover of this book. As soon as I read the excerpt I knew I wanted the whole short novel. I was hooked! Just as soon as I finished this one, I went and read the other four books that follow Mercy's mystery solving. I do suggest if you want to continue with Mercy's stories, that you read them in order including the short novels: Coke With A Twist (short) Touch & Go (short) A Good Man Gone (novel) Diver Down (novel) Nowhere Fast (short). They will make more sense and follow sequence of the characters.

I loved the mystery and suspense, but most of all I loved the humor in which all of Hartoin's books are written. I had a hard time imagining Mercy with Marilyn Monroe's face throughout all the books. Couldn't think of a ditzy blonde as a nurse and a private investigator, but I guess that is what makes the books so interesting...to expect the unexpected.

I believe I finished all the books in about four days. These books are those that bother and irritate if you have to quit to do something else and make you stay up into the wee hours reading them.
Read more
Helpful
Report abuse

Toinette
4.0 out of 5 stars Worth a read.
Reviewed in the United States on January 8, 2013
Verified Purchase
This is your basic detective story run down with a pretty woman in the lead. Mercy, a Marilyn look-a-like, goes undercover at shady bar to help her dad solve a missing person's case, which turns out to be pointless in her efforts, but does serve a purpose near the end of the story. It's a very short read that packs in quite a bit of detail, stats, and imagery, leaving the reader feeling as if it has been a longer and equally satisfying read.

The story line was pretty good with just the right amount of twists, right down to the pun in the title. A guy goes missing after a girl he's involved with is drugged and abandoned and then brutally assaulted. Everyone wants to know what part the missing beau had to play in the girl's attack, since he was the last one she was seen with before the violence ensued.

I'm pretty good at solving tv and movie crimes and mysteries, so I wasn't disappointed when I figured out "who done it" before the big reveal... beside it was still a pretty good reveal. This is a great read for sitting in waiting rooms, traffic, or any other waiting scenario. I think this is a good short read for any mature teen, pending parental approval, and adult who wants an easy read filled with suspense.
Read more
Helpful
Report abuse

Pirate
3.0 out of 5 stars Not bad for a short story
Reviewed in the United States on October 23, 2013
Verified Purchase
Mercy was a believable character, in most ways. She's is a nurse who helps her PI father out from time to time.

In this short story, Mercy was working undercover at a bar and commented on how much worse her feet hurt because she was on her feet more as a waitress than as a nurse. I've been a nurse for many years. The floor nurses put in twelve hour shifts and if they're lucky they get a thirty minute lunch and can sit down, but other than that, they are usually on their feet so I had trouble believing she was on her feet less.

The plot could've been developed a little better and maybe if it had been, the areas that felt rushed would've flowed better.

It was a freebie and much better than many of the free books I've downloaded. The author has a good writing style and does create compelling characters.
Read more
Helpful
Report abuse

Dragon73
3.0 out of 5 stars Interesting story
Reviewed in the United States on August 9, 2013
Verified Purchase
I read this story and was engaged in it, but I could tell it was the first in a series, because it kind of left me hanging. Plus, Mercy mentions repeatedly that she looks like Marilyn Monroe, but it really didn't seem to play into the plot line, etc. I don't think I'm going to bother to buy any of the series, it just wasn't as grabbing for me as some of the other free first-in-a-series books I have read.
Read more
4 people found this helpful
Helpful
Report abuse

Theresa Hughes
5.0 out of 5 stars Take a break
Reviewed in the United States on September 2, 2012
Verified Purchase
This Mercy Watts short packed more suspense, twist, and turns into its 29 pages than a 329 page novel. Really quickly we find that Mercy is a believable kind of protagonist...smart with some dumb moves, attractive without really knowing it, and able to leap tall buildings with a single bound. Wait, that last part is Superman. Spend half an hour with Mercy and you wind up looking for more of Hartoin's shorts. I did~!~.
Read more
11 people found this helpful
Helpful
Report abuse

Eager Reader
5.0 out of 5 stars Awesome bite-sized adventure
Reviewed in the United States on May 6, 2014
Verified Purchase
I love how Mercy Watts goes to all the trouble to solve cases while her father tends to take the spotlight.

Mercy is a realistic and believable character who idolizes her parents. Even if she's not in the mood (exhausted or injured), when they ask her to do something, she can't refuse them...although there may be a bit of guilt-tripping in there, even if the majority of it is in her head.

OAT
VINE VOICE
2.0 out of 5 stars Not worth my time to read it
Reviewed in the United States on January 2, 2015
Verified Purchase
I really didn't care for this book. First of all, the writing wasn't that good. Secondly, I couldn't identify with the character at all. Thirdly, the main character, Mercy, named her cat Skanky and treated her poorly just because she was sick and dirty from being homeless. I downloaded the book for free, but it wasn't worth my time to read it, and I wish I didn't waste the time it took me to read it.
Read more
One person found this helpful
Helpful
Report abuse
See all reviews

Kay
3.0 out of 5 stars Quick east read
Reviewed in the United Kingdom on June 4, 2014
Verified Purchase
Quick and easy read idea for a wet Sunday afternoon.

Mercy is a young wet behind the ear investigator, working part time for her dad.

This adventure gives you a taste of what to expect in the following books.

I felt it was missing that edge of surprise and the romance element.

But still this an east read and will entertain some book readers.
Read more
Report abuse

Vicki @ ILoveReadingUK
3.0 out of 5 stars Easy read.
Reviewed in the United Kingdom on September 14, 2013
Verified Purchase
I download this book from the fee kindle section.
A short story with a good plot, and easy to read and follow...
Read more
One person found this helpful
Report abuse

Reign
5.0 out of 5 stars love them
Reviewed in Canada on June 22, 2014
Verified Purchase
I was pleasantly pleased with these books ,mystery ,and funny and Marilyn all in one. I want more of these please.
Read more
Report abuse
See all reviews