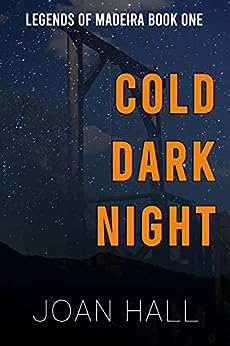 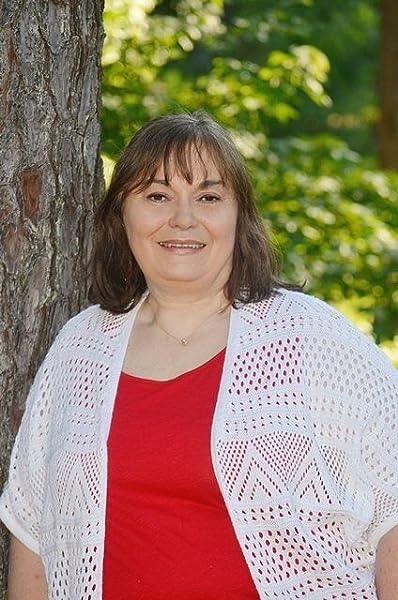 Mae Clair
5.0 out of 5 stars Mystery, Historical Elements and Folklore!
Reviewed in the United States on June 5, 2021
Verified Purchase
Tami Montgomery and her husband, Jason, have just moved to Madeira, New Mexico where Jason has accepted the job as Madeira’s new police chief. They settle into an old Victorian home, which Tami soon learns has an interesting, disturbing history. Several of Madeira’s former police chiefs lived in the house and met with untimely deaths, more than one of them murdered.

As Tami delves deeper into trying to uncover the link between the deaths and her own home, Jason has his hands full dealing with a rebellious officer, a string of burglaries, an officer-involved shooting, and the mayor’s interfering wife. There’s also the unexpected arrival of Jason’s estranged father, and the frightening dream visions of danger from Tami’s new friend, Abbey.

I loved the small-town setting of this novel. Hall does a great job of bringing Madeira vividly to life, not only in the present but the past as well. There are several chapters that give readers glimpses into characters from the 1800s, and how their lives will eventually impact what takes place in the present. The author weaves a tale of more than one unsolved murder, doling out clues like breadcrumbs. Another plot thread incorporates lunar folklore and how it may or may not factor into the murders. I especially enjoyed how Hall incorporated those threads into the story, weaving everything together for a thoroughly satisfying conclusion.

Bottom line: Cold Dark Night is an intriguing mystery that includes all the elements that make for a page-turning read—wonderful characters, a multi-layered plot, historical elements, and folklore. And easy five stars!
Read more
One person found this helpful
Helpful
Report abuse

D.L. Finn
5.0 out of 5 stars I loved the characters, and Madeira was a place I'd like to visit!
Reviewed in the United States on June 7, 2021
Verified Purchase
I read the prequel to this story, “House of Sorrow,” and loved that, so I was eager to read the first book in the Legends of Madeira Series. Jason and Tami Montgomery left Driscoll Lake for Jason’s new job as the town’s police chief in Madeira, New Mexico. They buy the house that was in the prequel and quickly settled into the small, mostly welcoming town. It was nice to see characters from the Driscoll Lake series, but unnecessary to have read those books to appreciate this story. I enjoyed Jason’s growth and how he approached his new job. Tami immediately made friends and got involved in the town’s historical society that was doing a book on the town’s history. Tami, who had been a journalist, jumped right into her part of researching past police chiefs. She soon found herself looking for more answers as she dug deeper into the murder mystery of two of these chiefs. I loved the characters, and Madeira was a place I’d like to visit. Many subplots were woven in that added an extra depth to the story. Tami was a favorite character, as was the neighborhood’s stray cat, Oscar. There was a mystery to be solved, and it appeared Jason was in danger. I had a few guesses and changed my mind more than once, but finally, by the end. I realized who it was, but not why. I love the use of legends, history, and psychic abilities mixed in with well-rounded characters and a mystery that goes back over one hundred years. This is a nicely paced read that I can highly recommend.
Read more
One person found this helpful
Helpful
Report abuse

writester
5.0 out of 5 stars Great Use of a Lunar Legend in this New Mystery
Reviewed in the United States on June 1, 2021
Verified Purchase
Joan Hall’s House of Sorrow earlier this year was a mystery that promised answers in Cold Dark Night. I couldn’t wait for the release so I could get answers to my questions. Well, she posed more questions first. But then I had the pleasure of trying to figure out “whodunit” before the end reveal. And what a pleasure it was!

Cold Dark Night offers murder mysteries in different timelines, and Hall manages to brilliantly weave the two crimes together by the end in a masterful manner. The manifestation of legends, lore, and curses culminates in a fascinating way, which kept me guessing until almost the very end.

Hall’s protagonists present on the page like old friends, and her antagonists are as abhorrent as true enemies. Her scene descriptions vividly brought New Mexico to life for me—I could smell the pinion in the fire and taste the cumin in the burritos. I wish Madeira was a real place, because I’d love to see the sights and meet the people (well, some of the people) first-hand.

The end of the novel promises more to come in this series, and I can’t wait. This was an easy five stars from me.
Read more
One person found this helpful
Helpful
Report abuse

M. Meara
5.0 out of 5 stars Everything About This Book Clicked for Me!
Reviewed in the United States on June 14, 2021
Verified Purchase
I had read and loved House of Sorrow, the prequel to this novel, and had a feeling I was really going to enjoy the first full length book in the Legends of Madeira series. I was right! The combination of true historical events from an era I could relate to really worked for me, keeping the story grounded in a great way. The character development was spot on, and the mystery kept me guessing. I don't know what more I could have wanted, except the second book in the series, which I see will be on the way before long. Excellent job all the way around, and highly recommended.
Read more
One person found this helpful
Helpful
Report abuse

Priscilla Bettis
4.0 out of 5 stars Delightful Whodunit With a Strong Sense of Place
Reviewed in the United States on June 9, 2021
Cold Dark Night is a mystery novel with multiple-murder whodunits that span more than 100 years. It takes place in the small town of Madeira NM.

The main characters, Tami and her police chief husband, Jason, are kind, smart, happy people. It is easy to cheer them on. Their neighbor across the street, Abbey (Abbey Lane has a sister, Penny Lane, wink-wink to Beatles’ fans) is also sweet. And Abbey’s nocturnal dreams mean something, though she can’t figure out what, and it’s up to the reader to interpret Abbey’s dreams for her.

There is a strong sense of place in Hall’s story. I can imagine friends gathered at the classic diner, history enthusiasts meeting at the library, and Tami settling into a big, Victorian house. Even the New Mexico weather feels palpable.

As a bonus, I learned about moon legends/meanings when reading Hall’s story.

My only nitpick is there are a lot of chatty passages, little details I didn’t need to know.

I read Cold Dark Night through my Kindle Unlimited subscription. Overall, this is a delightful read with wonderful characters.
Read more
One person found this helpful
Helpful
Report abuse
See all reviews