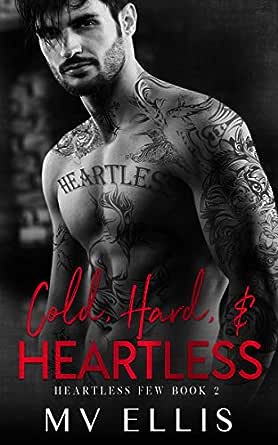 You've subscribed to Heartless Few! We will preorder your items within 24 hours of when they become available. When new books are released, we'll charge your default payment method for the lowest price available during the pre-order period.
Update your device or payment method, cancel individual pre-orders or your subscription at
Your Memberships & Subscriptions
There was an error. We were unable to process your subscription due to an error. Please refresh and try again. 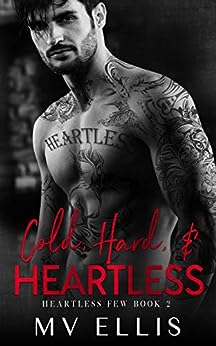 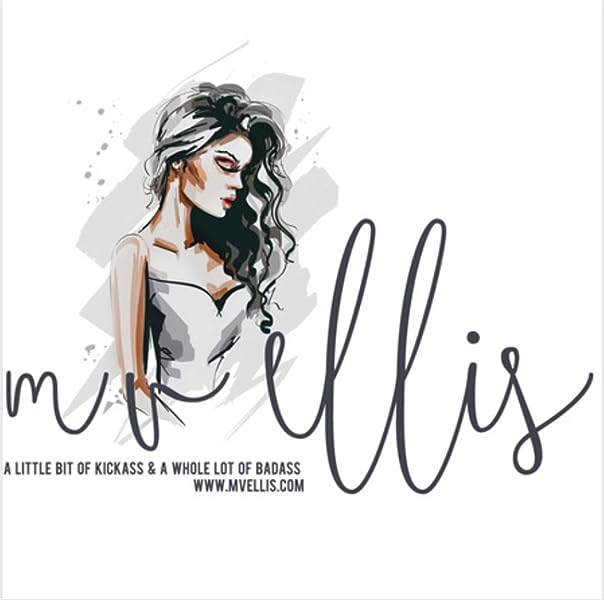 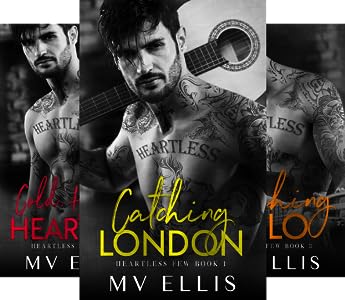 4.1 out of 5 stars
4.1 out of 5
22 global ratings
How are ratings calculated?
To calculate the overall star rating and percentage breakdown by star, we don’t use a simple average. Instead, our system considers things like how recent a review is and if the reviewer bought the item on Amazon. It also analyzes reviews to verify trustworthiness.
Top reviews

Mary Jo Toth
VINE VOICE
4.0 out of 5 stars Crazy ride inside Arlo's mind!
Reviewed in the United States on August 18, 2018
Verified Purchase
What a crazy ride into Arlo’s head. I loved Catching London and this was a chance to understand what Arlo was really thinking as he first meets London and then decides to pursue her. He has sworn off on relationships so when he is attracted to London and realizes he wants to know more about her, he really doesn’t know how to make that happen. It was fun experiencing how Arlo found a way to capture London.
Read more
Helpful
Comment Report abuse

Kat J
4.0 out of 5 stars Short, sweet and all Arlo
Reviewed in the United States on September 9, 2018
Verified Purchase
A POV from Arlo for a few scenes from Catching London. Definitely amp up the bad boy factor for me and I just love being in the other person's head to get a sense of what is going on too.

I had to reread a couple of the scenes from Catching London coz I actually forgot some of it... but all is good in the world to be in Arlo's head.
Read more
Helpful
Comment Report abuse

Jeannie Zelos
4.0 out of 5 stars good to learn more about Arlo, wish books one and two were combined though, instead of this way.
Reviewed in the United States on August 19, 2018
Cold, Hard & Heartless, M.V. Ellis

well, in book one it was London's looonng metal monologues that I found off-putting and now its Arlo's....that's just me though, its a niggle that I find irritating, but that others may be indifferent to or even enjoy. I do enjoy a bit of introspection, it lets me feel and understand a characters actions, work out why they do things a certain way. From the outside Arlo could look like a man-whore jerk, but from his thoughts I can see he's more. I loved him in book one, and I'm glad I read that first as he doesn't seem quite a likable here, somehow his actions come across as very selfish here, certainly his past with Marnie, even when Luke warns him he's being a jerk and unfair, whereas I don't remember feeling that way in book one.
This story really just covers the ground of book one, but from Arlo's POV, there's nothing I noticed that was new there, and I think if the two books had been combined into one it would have worked better for me. Maybe one of those alternating POV stories? So that though I'd be reading stuff I knew already it would still be fresh, and I could meld each POV and see the actions from both sides as it happens.
I love the way he realised he was in love with London, though somehow although the period was covering several weeks/months somehow that didn't translate as well as in book one. It felt they went from meeting and the chaos of that to a kiss, then nothing until suddenly its weeks later and he's planning how to continue with her in his life. It feels like there's a gap in the middle were she keeps house but they don't seem to interact much, and then he's In Love.....
Book three should be interesting, hopefully they'll be a bit more action as they're on tour. I hope ;-) I love Tour books, with all the mayhem, bustle, music, traveling, groupies and chaos they bring. It would be good to get to know the other band members too.

Stars: Three and a half, didn't quite like it as much as book one but it is a good read, though quite short. Melded together, so I got both sides at the same time they would have made a perfect five star, single book for me.

Cee Cee Houston
3.0 out of 5 stars 3.5 stars
Reviewed in the United States on August 18, 2018
The Cold, Hard, & Heartless by MV Ellis is the story of Arlo Jones, a hot rock star who finds a naked woman in his basement shower and is instantly attracted to her. He’s a guy, after all and she naked!
The naked woman is London Llewellyn, a ballerina recovering from a serious accident who now works as a part-time housecleaner. She has a past that Arlo doesn’t know about. She also doesn’t know who he is and is not impressed with his behaviour, at least to begin with.
There wasn’t a lot of sizzle to the story, their chemistry was good but not great, and that wasn’t helped by a lot of their interaction and smexy times being glossed over, or just told rather than shown. This was probably covered in book 1, which I haven’t read yet, so I could be correct in assuming that this is basically a rewrite of it but told in single POV from the Arlo’s perspective. He goes from basically being a douche and a manwh*re to all in love. He’ll do anything to win London over.
Will it work?
Well, I don’t know yet, I need to read part three to find out.
Anyway, if you’re thinking of picking up Cold, Hard and Heartless, I think it’s safe to say, best to start with Catching London first, as I am now going to do.
Read more
Helpful
Comment Report abuse

Chloe A. Trivelpiece (Bibliophile Chloe)
4.0 out of 5 stars Arlo's POV!!
Reviewed in the United States on August 19, 2018
I am so glad that MV wrote this!

Cold, Hard & Heartless is the story of Arlo and London, from Catching London. But it's told from Arlo's POV.

This is a fast paced read and I really enjoyed it! I love reading books from alternate POV's and I was so glad to see that we get the same story but from a different perspective!

It made the story much richer, to see Arlo's view of how the relationship came to be, what it means to him and how is trying to become a better person, to deserve London.

I highly encourage readers to start with Catching London (you can find it here!) You could read this story as a stand alone, but it wouldn't feel complete without reading both!

I cannot wait to read what's coming up next for Arlo and London! Well done Ms. Ellis!

Sassy Southern Book Blog
4.0 out of 5 stars But all in all a pretty good read.
Reviewed in the United States on September 14, 2018
What to do when the person you want so desperately does not want you? That’s what we delve into with this book. Arlo and London are meant for each other. Or so That’s what he believes and he will stop at nothing to make her believe it too.

There were so many emotions to this book. Mostly of annoyance and swooning. There were times I wanted to throw my kindle to the wall. I felt the characters were meant to be together. But at every twist and turn something would go wrong. So many times I would yell at my book. I was a little disappointed by the length of the book. I felt as if there could have been more story told in this book. But all in all a pretty good read. - By Vanessa
Read more
Helpful
Comment Report abuse
See all reviews

L Jones
5.0 out of 5 stars Male POV love.
Reviewed in the United Kingdom on August 19, 2018
Verified Purchase
I loved this novella so much. I loved Catching London earlier this year and I've been excited about more Arlo and London ever since. This novella has served me very nicely until Pushing Arlo on 1st September. The thing I loved most of this? It was his POV. I have crazy amounts of love for the male POV it's been a long time favourite of mine. When I read a male POV and it's a retelling of a scene I've already read from a female POV? I'm a very, very happier reader!

The opening chapter of this novella just about broke my heart, Arlo's perspective of his and London's epic first meeting left me gobsmacked, smiling huge and hot under the collar all at the same time and Arlo's problem solving in the final chapters had me rubbing my hands together with glee. Arlo is gorgeous, talented and a little bit cunning. And I am completely in love with him. Sorry London.

I can't end this review without giving a shoutout to Gramps! I love him almost as much as Arlo. It's not hard to see where Arlo gets his charm. I can see myself reading this novella at least a couple more times before 1st September even.
Read more
Report abuse
See all reviews