You've subscribed to The Emily Swanson Series! We will preorder your items within 24 hours of when they become available. When new books are released, we'll charge your default payment method for the lowest price available during the pre-order period.
Update your device or payment method, cancel individual pre-orders or your subscription at
Your Memberships & Subscriptions
There was an error. We were unable to process your subscription due to an error. Please refresh and try again. 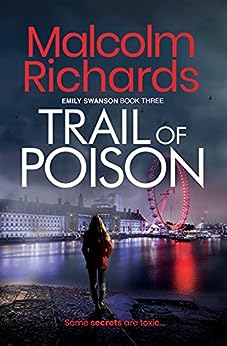 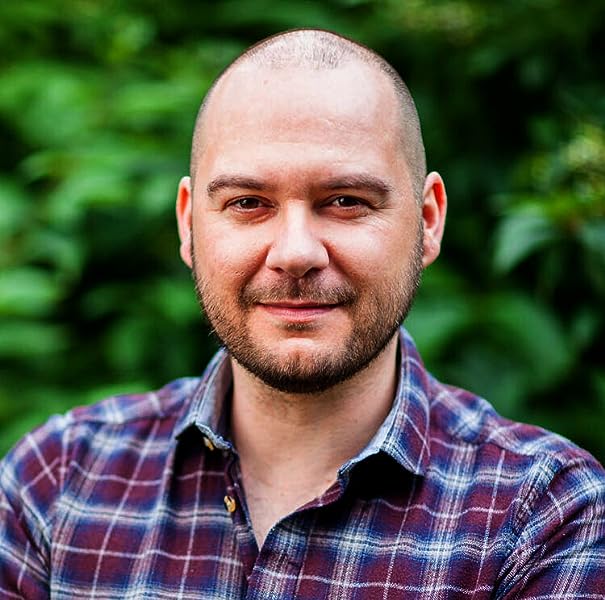 Audible Holiday Deal
Save 46% on your first 4 months. Get this deal
Books In This Series (5 Books)
Complete Series 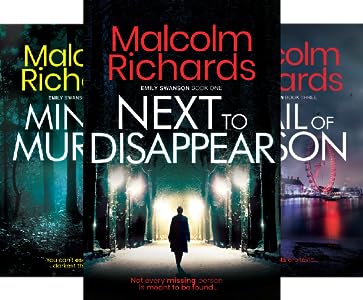 Praise for the author:

"I want more of this writer and his characters." Tranquility Book Reviews

"The twists and turns he feeds into the story hook you like a fish." SJ's Book Blog

Fans of psychological thrillers and dark mysteries will enjoy this gripping series about a rookie private investigator trying to make up for the mistakes of her past while overcoming a debilitating anxiety disorder.

The books in order so far:

1. Next to Disappear
2. Mind for Murder
3. Trail of Poison
4. Watch You Sleep

Leapyear
2.0 out of 5 stars Irritating and Disappointing!
Reviewed in the United States on July 31, 2021
Verified Purchase
First, I am so SICK of the lead “character”, Emily Swanson, and her NUMEROUS and CONTINUING willfully recurring psychological problems. THREE BOOKS and she can STILL barely form a sentence! She is afraid of sounds, of the light, of the dark, of being alone in a room, of NOT being alone in a room, of the phone, of RESPONDING to ANYTHING, of London, of the country, of dating, of the underground, of THE TRUTH. She blabbers, paranoiacally, about everything (meaning herself), sharing NOTHING with others, making EVERYTHING about HER. Constantly looking over her shoulder, repeatedly locking her doors, HIDING OUT, then recklessly and willfully involving others, whom she, of course, tells nothing, who invariably end up horribly injured or DEAD. She is SO IRRITATINGLY SELFISH, SHY, so paralyzingly, endlessly bewildered and overcome. A total BLANK of insecurities and unprovoked panic. She leaves other people’s circumstances completely unaddressed so she can CONSTANTLY torture herself with unrelated events from her own past, which weren’t even HER FAULT in the first place! She blames herself for EVERYTHING in her past; her man, Lewis, walking out on her after her horrifying mother dies (because Emily gave up YEARS of her life with Lewis to INSTEAD spend ALL OF HER TIME, 24/7, to care for her dying harridan of a mother, a mother who abused Emily all of her life). Emily Swanson is SELFISHLY OBSESSED, PARTICULARLY with the impulsive, completely unprovoked and unanticipated suicide of one of her students, Philip (who was himself profoundly mentally ill after years of his own abusive home life). These memories are ALL and ONLY what Emily will WILLFULLY INDULGE HERSELF IN! All in order to A)Avoid the present and B) torture HERSELF, daily, hourly, completely ignoring the concerns of everyone else currently around her. EMILY: “But… um… I… if…”, followed by a panic attack, then an unresponsive staring out of a window for five minutes, and ALL because a handsome, kind, respectful man she works with has suggested they MIGHT have a coffee together sometime! AARRGGHH! Emily Swanson is INFURIATING! Indecisive, a recluse, a stammerer, a bore, no positive personality traits WHATSOEVER. No humor, no self-awareness, just self-indulgence, AND… THIS BOOK! Emily has the opportunity to bring down a huge, multi-National corporation who purposefully poison MILLIONS of children across the world (for profit), and who employ “fixers” who MURDER ANYONE they perceive to be a threat — five people that Emily knows of so far, including her “best friend” (all except for one person, a JOURNALIST!!! who, for bizarrely unexplained reasons, the corporation LEAVES ALIVE). THEN, ultimately, for small, selfish reasons, Emily decides to… turn over all evidence she has of the corporation’s misdeeds to the CORPORATION ITSELF! WWWHHHYYY? And, then… end of book! WHAT? HUH? This was, perhaps, the most unsatisfying book I have ever read.
Read more
Helpful
Report abuse

C. Malito
5.0 out of 5 stars Corporate greed
Reviewed in the United States on September 21, 2021
Emily Swanson has found herself in the middle of some tough situations since moving to London. This time, she’s asked to help find the reason a man sober for ten years suddenly gets drunk and drowns in the river. This death leads to others, and Emily discovers corporate coverup at a huge level. Emily is an overcomer, and the book shows her in that light. It is well-written and well-edited.
Read more
Helpful
Report abuse
See all reviews

DeeDee
5.0 out of 5 stars Excellent
Reviewed in the United Kingdom on January 8, 2020
Verified Purchase
Another in the Emily Swanson series which never fails to keep one fully engrossed. It is amazing the scrapes and murders Emily gets into but always manages to solve, and I love the way her friend and neighbour looks out for her (or should I say which she drags him into). Really interesting and exciting series from Malcolm Richards and I very much look forward to book 5. Highly recommended for a cosy exciting read.
Read more
Report abuse

Julie
5.0 out of 5 stars Emily PI does it again!!!!
Reviewed in the United Kingdom on April 21, 2020
Verified Purchase
And here he goes again!!.. well done Malcolm another excellent book.. Emily Emily you do get yourself into so many scrapes!!.. but seriously the scrapes you get into are hardcore intense scenarios.. you need a break and to get a run of the mill job! (No please dont!).. and Malcolm love reading your take on the beautiful coast of my childhood and now your in my adult territory kent!.. seriously keep going your amazing.. :)
Read more
Report abuse

lesley ashmore
5.0 out of 5 stars A book you can’t put down.
Reviewed in the United Kingdom on May 4, 2021
Verified Purchase
Mum enjoyed it very much and can highly recommend it.
Read more
Report abuse

Amazon Customer
5.0 out of 5 stars Another great read
Reviewed in the United Kingdom on June 29, 2020
Verified Purchase
Really enjoyed this series - looking forward to the next instalment
Read more
Report abuse
See all reviews